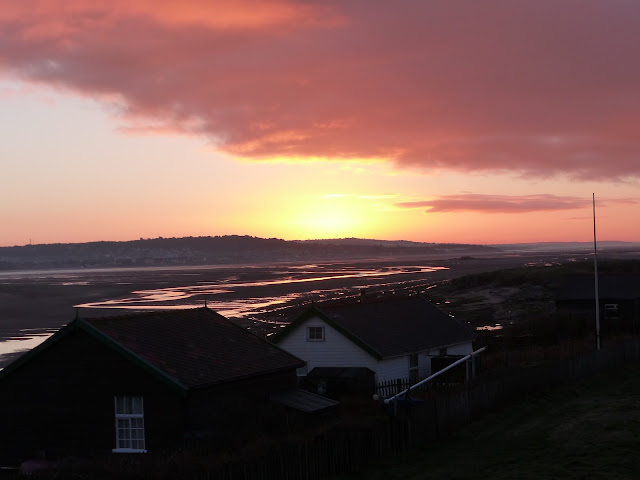 Before the tide there were 25 Grey Plover and 50 Ringed Plover south of Middle, also at least 200 Sanderling on the North Shore with 800 Dunlin and 160 Knot. Seven Purple Sandpiper roosted at the North End over tide. 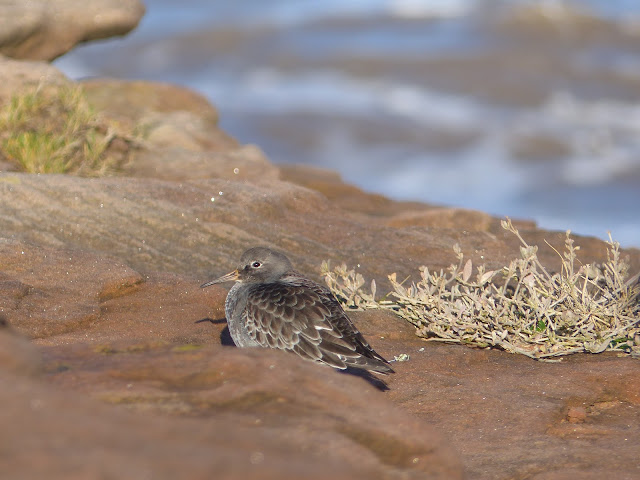 Great Crested Grebe numbered 29 and Common Scoter 82, 2 Red-throated Diver were seen flying east distantly and the 2 Eider are still present.
There was a good count of Common Gull (380) amongst the Black-headed and Herring Gull.
A single Little Egret was around Middle Eye and a single Rock Pipit on the North End, other passerines were the usual few Robin, Dunnock and Song Thrush. 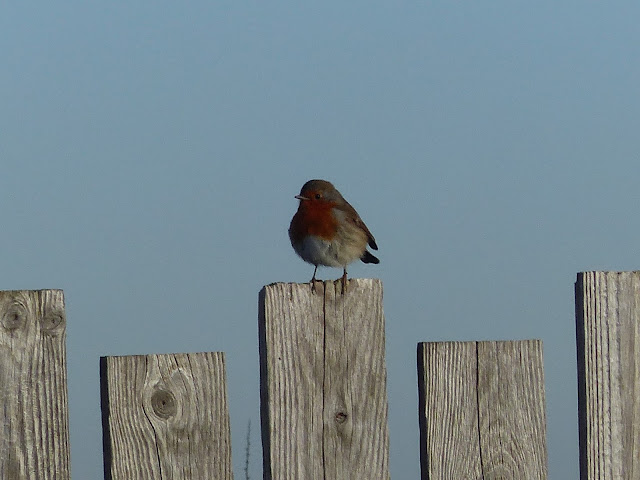 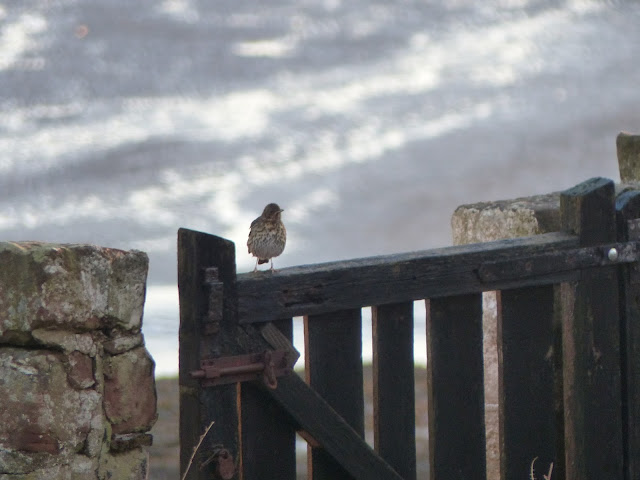