Weather: N force 2/3 lake district just visible
An accurate count of the Brent around the islands found 198 birds which included the colour ringed P7BY. Another Eider swan off the whaleback while the injured regular was resting among some of the Brents. 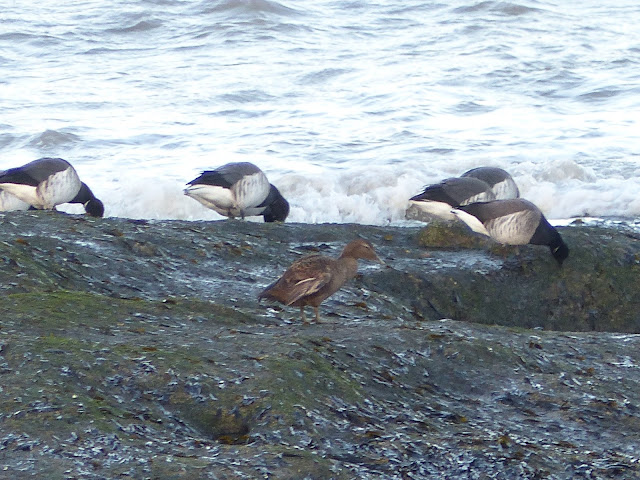 A huge amount (perhaps 11,000) of Herring Gulls were on the sands distantly off to the west, and others close to the island at the mouth of the gutter. They seemed attracted by a possible wreck of razor shells.There were apparently 4 Song Thrushes on today, also 7 Wrens, 2 Robins and 2 Dunnocks. A Peregrine chased a wader over Middle for many minutes, it seems it was unsuccessful. On the sea were 25 Common Scoter and 4 Great Crested Grebes, while wader counts included 500 Knot, 200 Dunlin, 120 Redshank, 60 Curlew, 32 Grey Plover, 19 Ringed Plover, 12 Turnstones and 6 Bar-tailed Godwits.
Posted by Colin Jones at 14:28