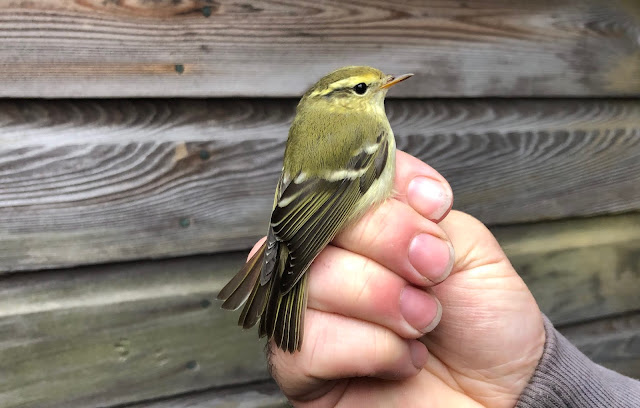 It was almost ideal conditions for grounding migrants on the island this morning.  Drizzle arrived soon after dawn and the south-easterly breeze produced a great day on the islands. 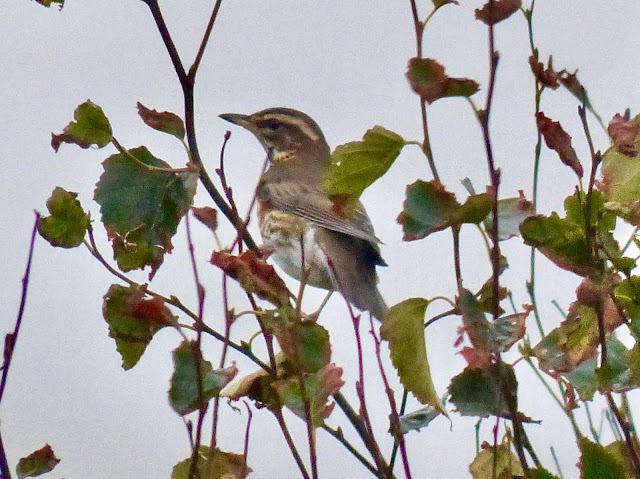 The second Yellow-browed Warbler of the autumn was found in the Newton heligoland trap as the tide flooded.  However, it was only seen briefly after being caught, ringed and released in the Obs garden. 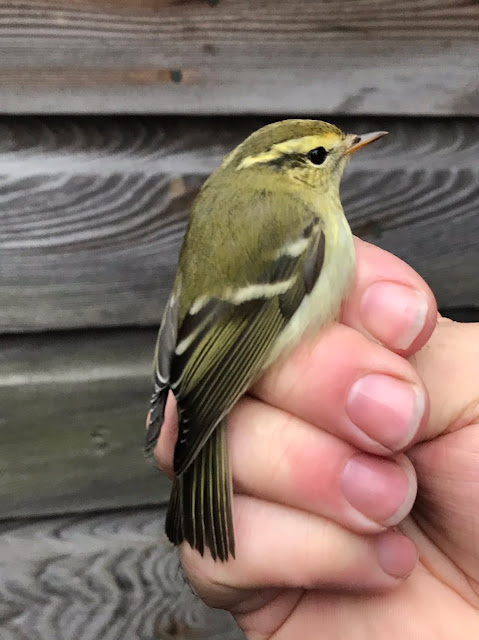 A Reed Bunting was noted as were several Chaffinches and more birds were arriving when a respite in the rain produced a nice round of the traps when Redwing, Chaffinch and several Goldcrests were caught. 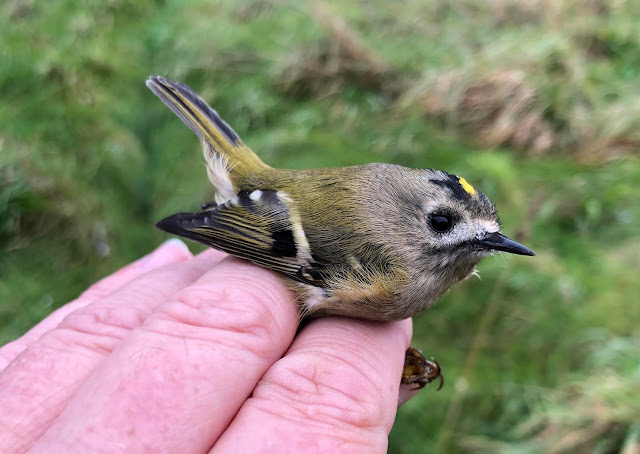 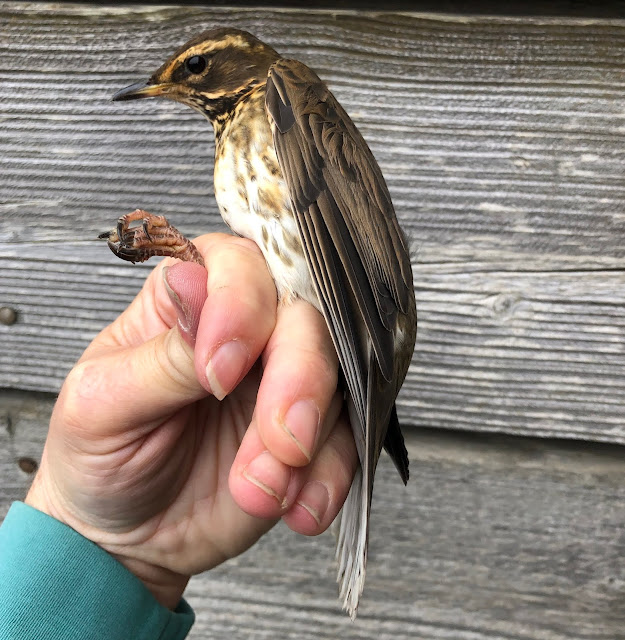 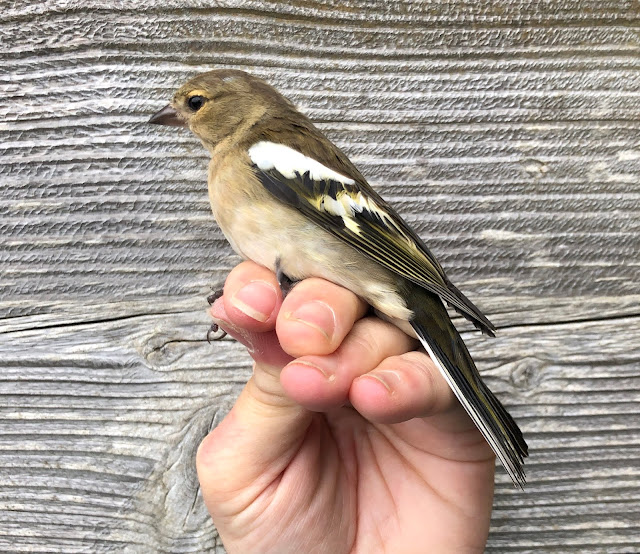 A Merlin arrived at the North End and shot through south and the resident Magpie made several appearances. 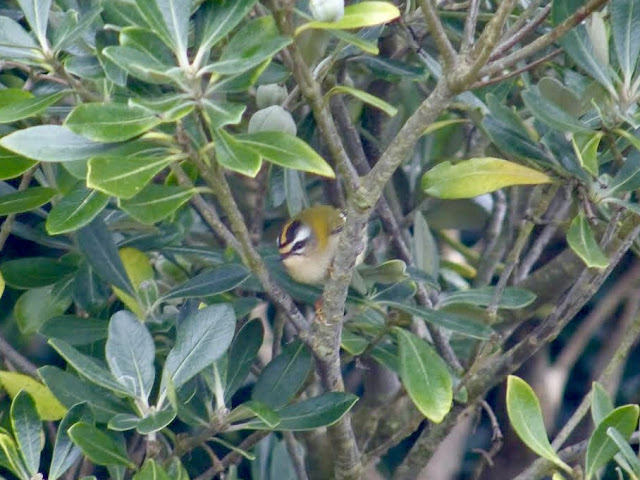 Around midday the second scarce bird of the day appeared in the Obs garden when a Firecrest was seen and heard in the pittosporum.  It wasn’t long before that was also caught and ringed - another new species for the year at the Obs. 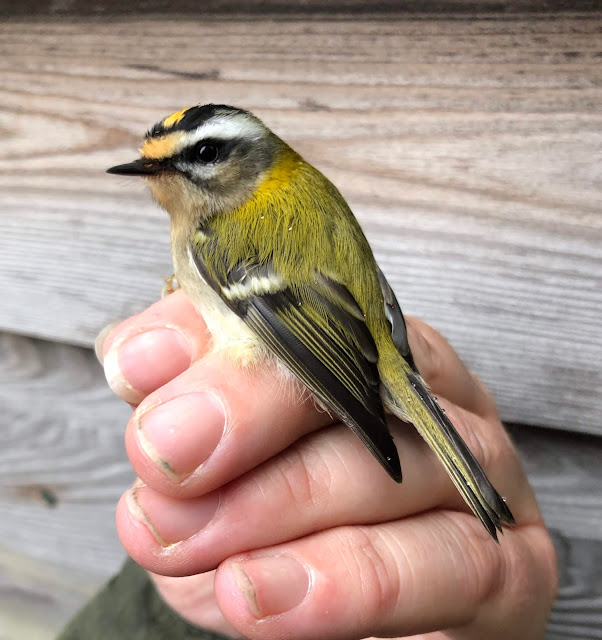 More Goldcrests arrived and there was time to do the WeBS count over the tide.