Weather: SE force 2   thin high cloud, cold breeze
A little disappointing today as regards migrants, especially with the wind being in the south east during the first week of October. The only Goldcrest and Chiffchaff about were both singles in the obs garden and just one Skylark and 30 Meadow Pipits completed the picture. A Sparrowhawk flew down the east side early on and the Magpie was flushed from the old obs garden where it seems it was roosting. A Wigeon was seen on the sea at the north end, and 6 Teal sat on the shore off the west side, as did a Red-breasted Merganser. 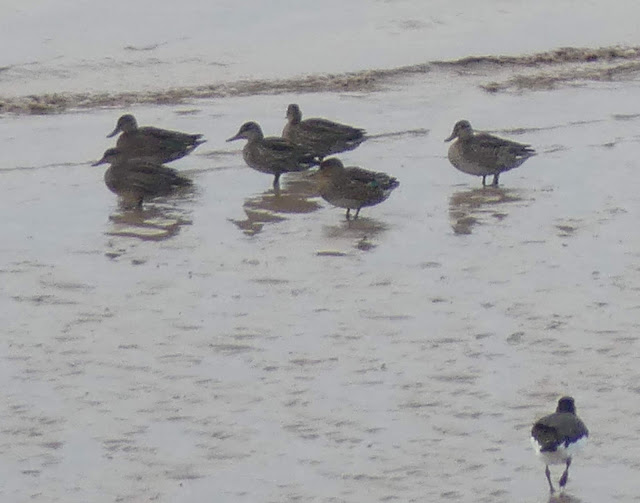 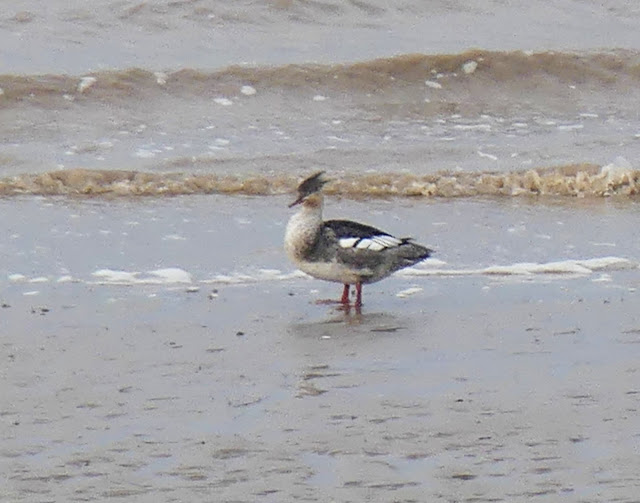 The Brent were scattered for much of the time but were 34 were finally able to be counted on the whaleback. 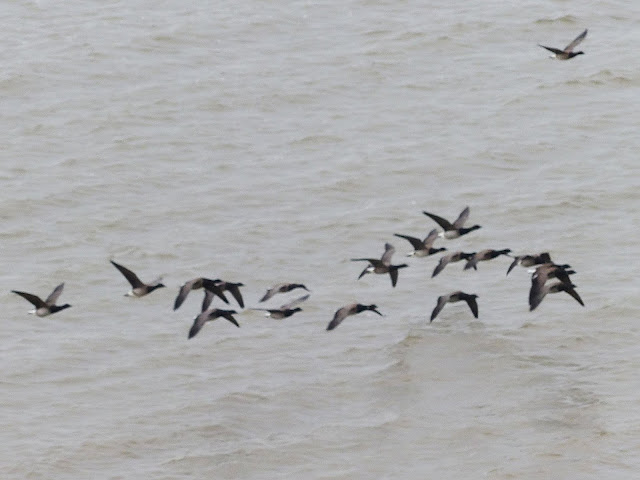 Ten Little Egrets were in the gutter, also 15 Black-tailed Godwits. A Peregrine landed on the east hoyle after passing the island. 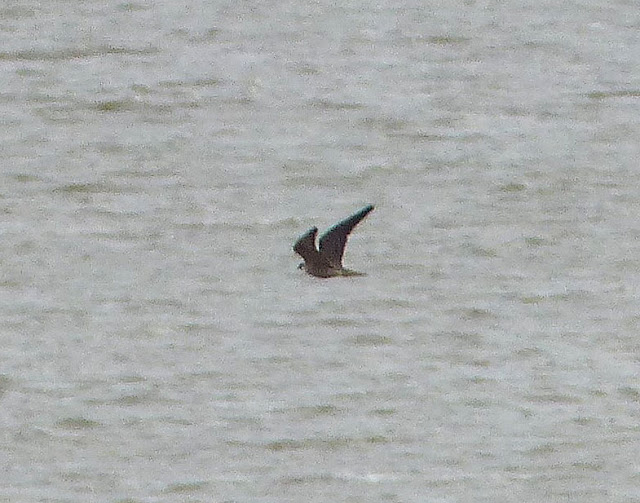