It was a blustery morning that greeted the sole observer at the Obs this morning.  Three Wigeon flew up from the ebbing gutter early on and another male was found on the tide edge a little later.

Two Peregrines were noted including a big immature female which was harassing the waders that were sheltering in the gutter edge. 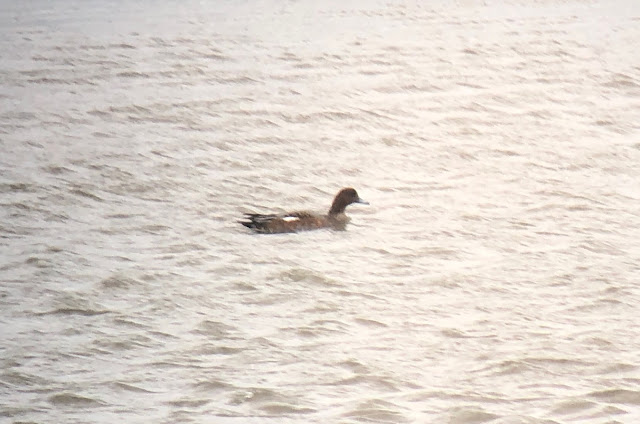 A couple of Goldcrests appeared in the gardens late morning and one was found in the Heli trap and was caught and ringed. 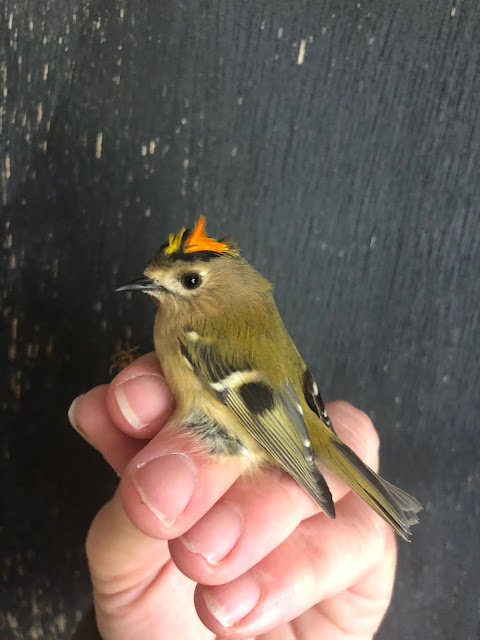