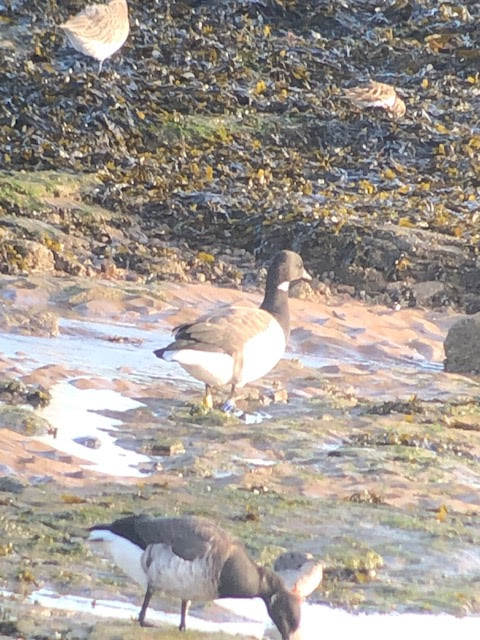 With the only passerines present being the resident birds, attention turned to the sea and shore. Some 250 Brent Geese were noted but were widely scattered, making accurate counting difficult. Four colour-ringed birds were amongst them. 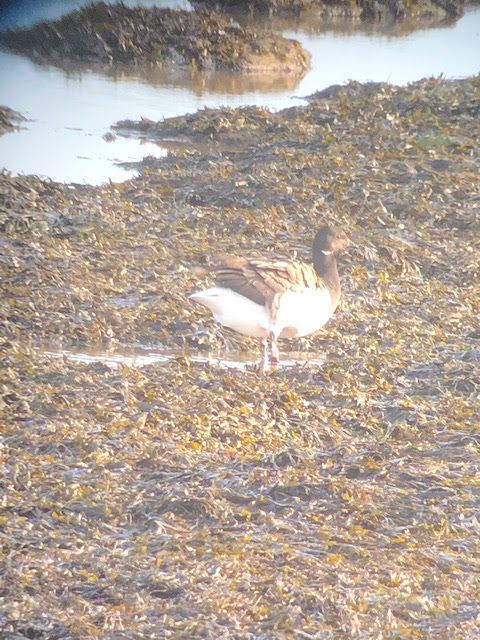 An immature Shag appeared off the east side before high tide. 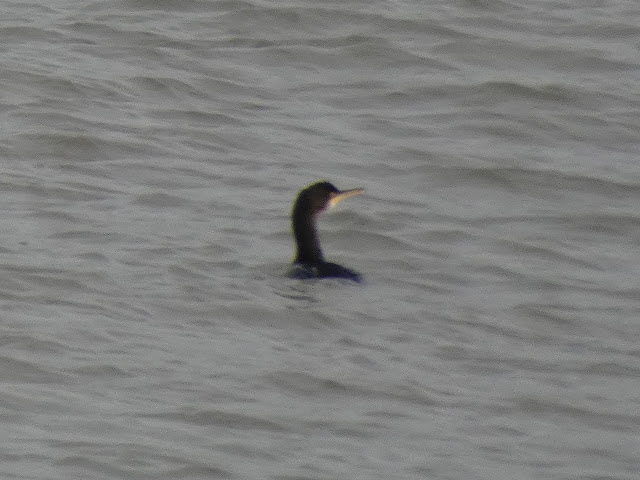 A 90 minute seawatch was undertaken over the tide with 190 Common Scoter, seven Great Crested Grebes and five Red-throated Divers counted. The seawatch was drawing to an undistinguished close when a male Velvet Scoter flew east, fairly close to the North end. This was immediately followed by a single Whooper Swan that flew upriver.

Wader and gull numbers are increasing with 5000 Oystercatchers roosting the high tide on Middle and 3500 Herring Gulls on the shore prior to the tide.
Posted by Hilbre Steve at 22:58