The best birds of the day were the first, 3 Snow Bunting put up from below the south end of Middle which flew along the reef towards Little Eye calling. Other visitors were few with just 2 Chaffinch, 2 Blackbird and a Starling, the Magpie is still about. A Grey Heron and 13 Carrion Crow were by the Tanskies.
Off the North End of Hilbre were about 500 Common Scoter with a pair of Wigeon and 3 Red-throated Diver in amongst them, 2 Guillemot and 5 Great Crested Grebe were also noted. Only 130 Brent Geese were around the islands and the remains of one were found north of the pond along with possible fox scat. 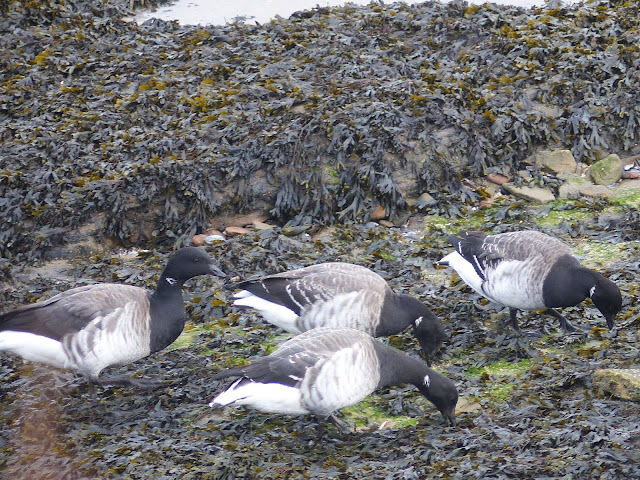 Wader numbers were low today but two Purple Sandpiper were present, 80 Knot, 8 Sanderling and 27 Bar-tailed Godwit were at the bottom of the Gutter, 100 Turnstone and 25 Redshank were around the island. 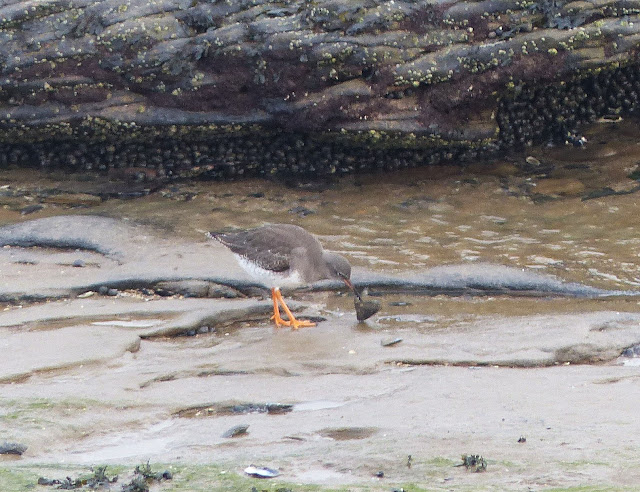 photos AS
Posted by Colin Jones at 15:10