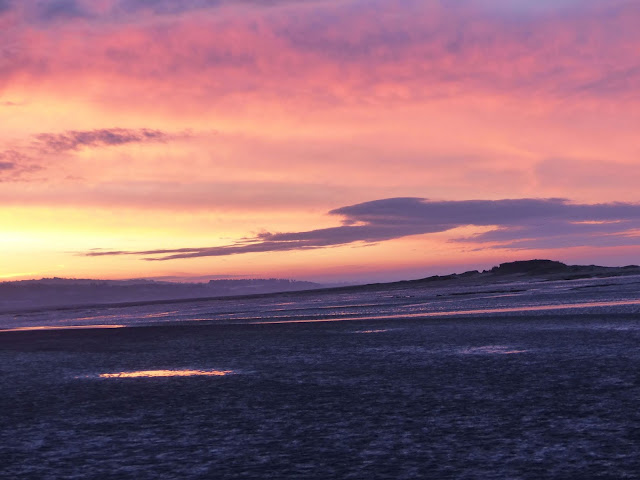 A good start to the day (apart from the sunrise) was a Brambling flying over the Lagoon calling, later were a couple of Skylark, a Reed Bunting and 6 Starling but none dropped in. 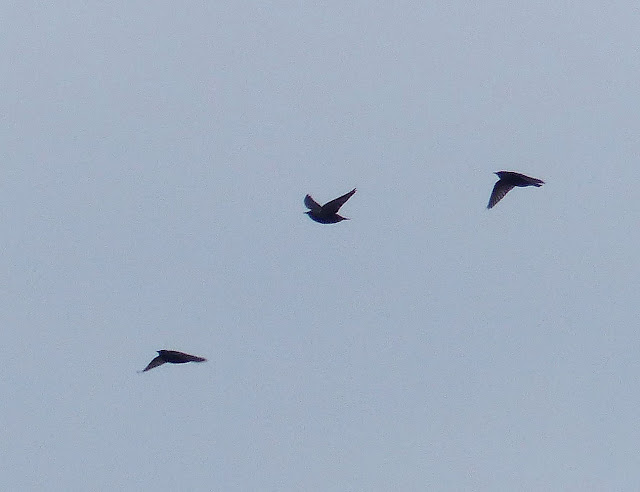 The Kestrel was hunting over the island and a Merlin spent some time on the east side putting up waders.
The Brent Geese numbered 287 and included 5 ringed birds, a flock of 60 Pink-footed Geese flew low up the estuary . 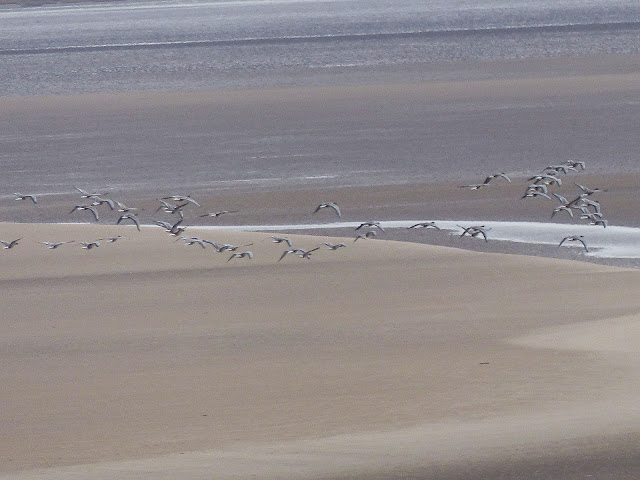 A few Knot (24) were at the North End as was a single almost invisible Purple Sandpiper. 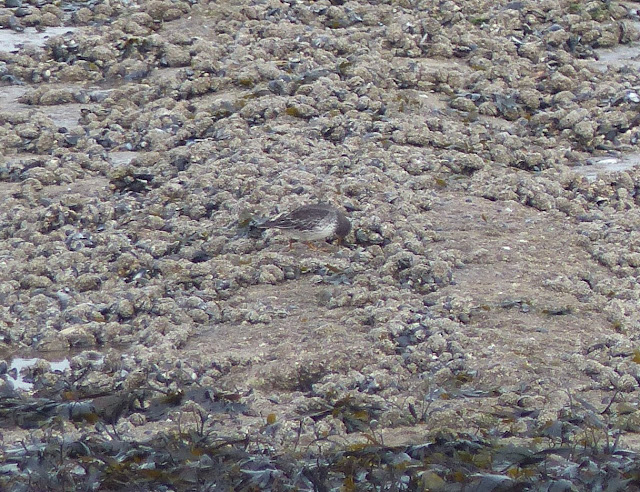 Other waders included 22 Bar-tailed Godwit and 52 Dunlin.
photos AS
Posted by Colin Jones at 14:38