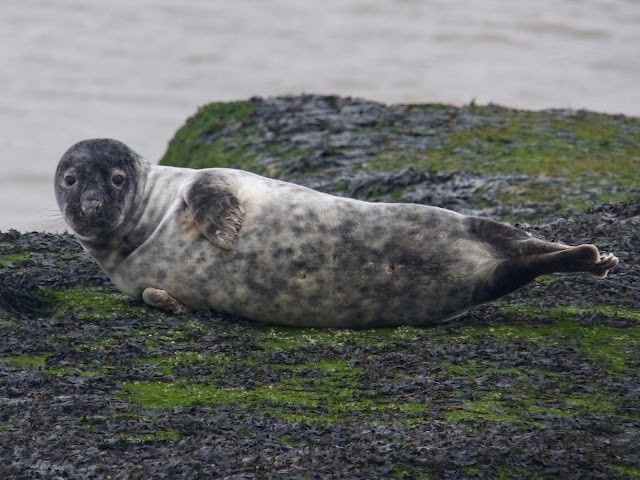 An cold wind greeted the sole observer today but an excellent count of 324 Pale-bellied and a single Dark-bellied Brent Goose were recorded.  The flock included at least five colour-ringed birds including this pair with their six young that arrived at Hilbre this autumn having been ringed on Anglesey in February 2019 probably spent the summer in Arctic Canada and passed through Northern Ireland at Stangford Lough in September on their way to Hilbre. 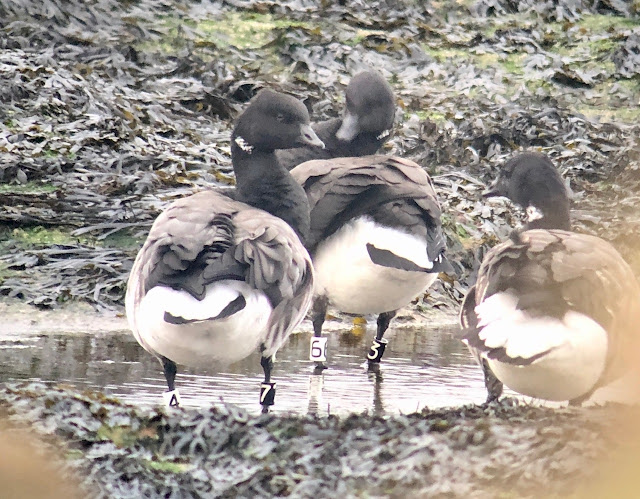 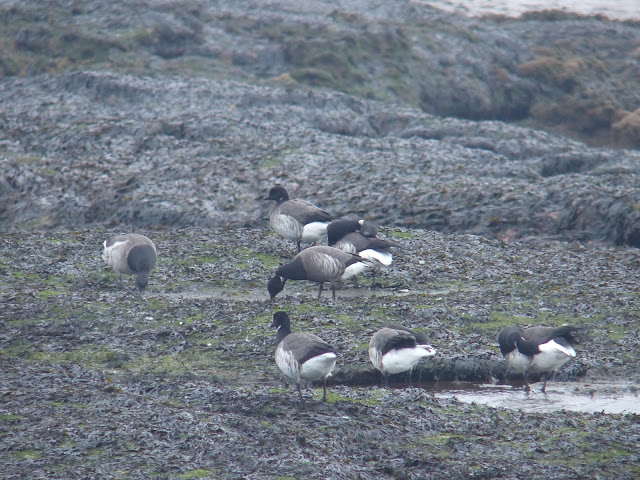 Five Wigeon were found on the sand off the west side between Hilbre and Middle and the sea produced 450 Common Scoters, 8 Red-throated Divers and a couple of Great Crested Grebes. 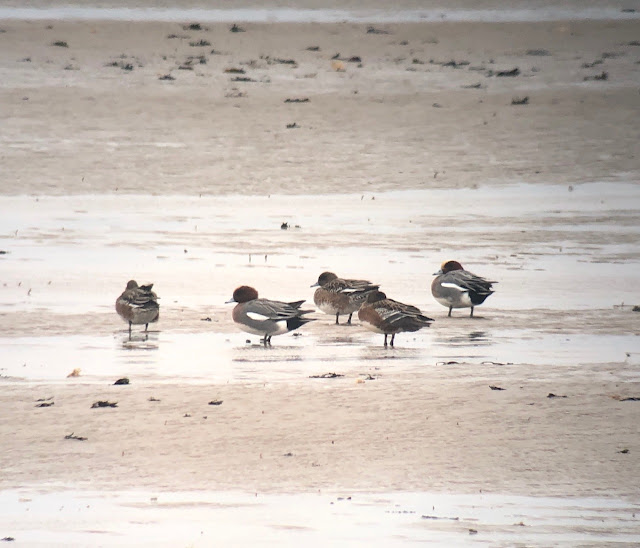 Two Purple Sandpipers were noted along with a single seal pup hauled out at the North End; the latter unusual here but which looked fit and healthy. 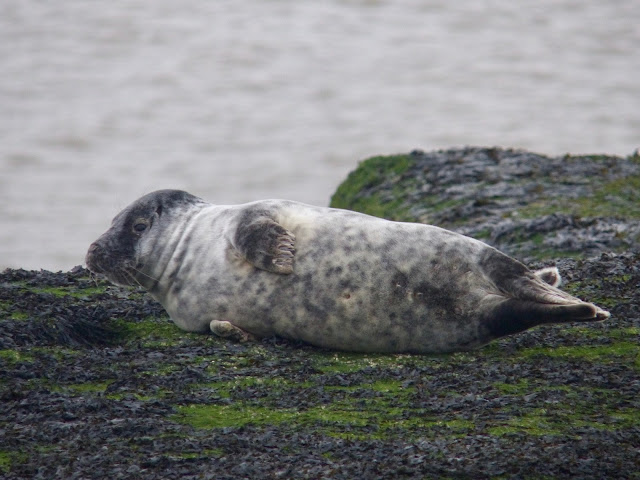 A single Redwing was caught and ringed which was a late autumn bonus. 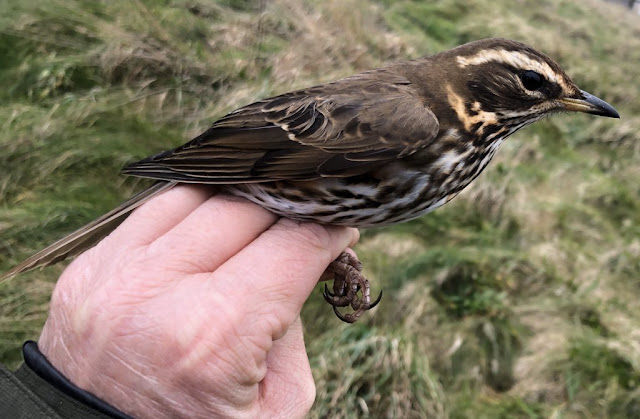