A brief visit to the islands saw good numbers of Brent Geese again but birds were well scattered along the reef and down the west side of the main island.  The sea produced 480 Common Scoters at mid distance with the vast majority of birds being apparent females.  Six Red-throated Divers and 15 Great Crested Grebes were also noted. 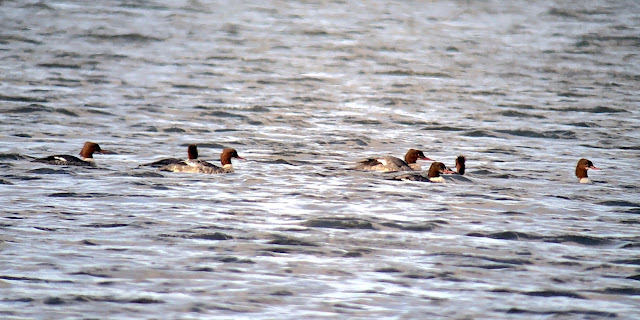