If felt a bit like a warm winters day, with not many passerines were about but plenty of waders. 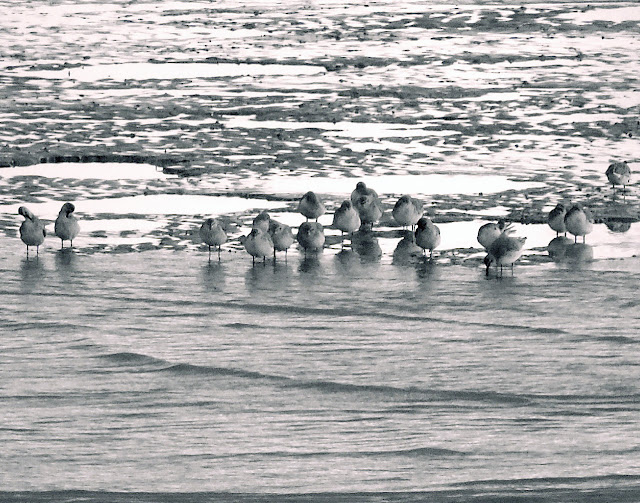 There were a selection of most waders including a couple of Purple Sandpipers, a big flock of starlings at the start of the day (200) and the Merlin from yesterday to chase them off. 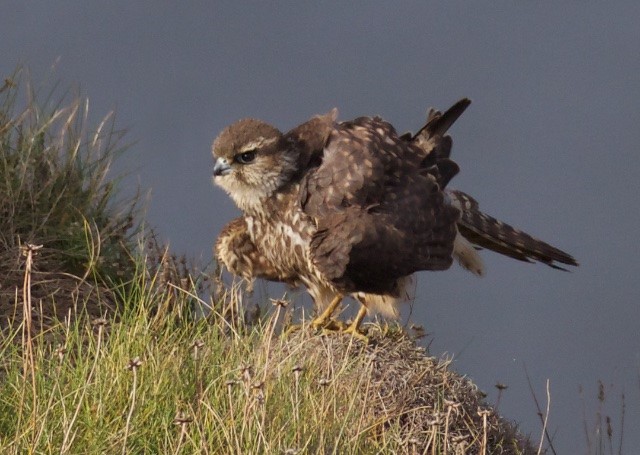 A Blackbird and Song Thrush were on the island also a couple of Goldcrests which were ringed today.