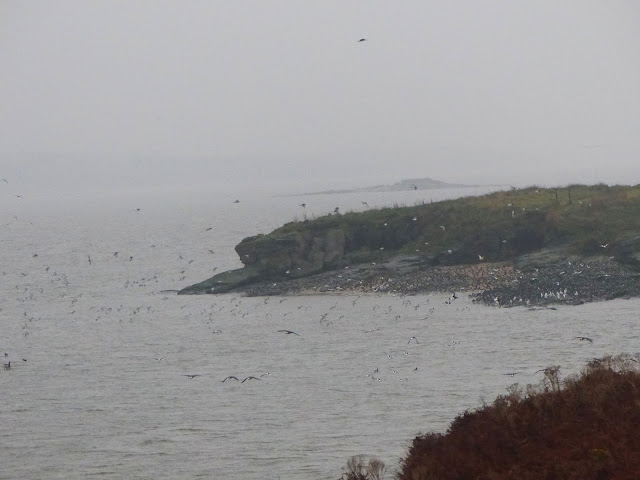 Not an ideal day for photos but the mist brought 14 Redwing and 3 Song Thrush to the islands. 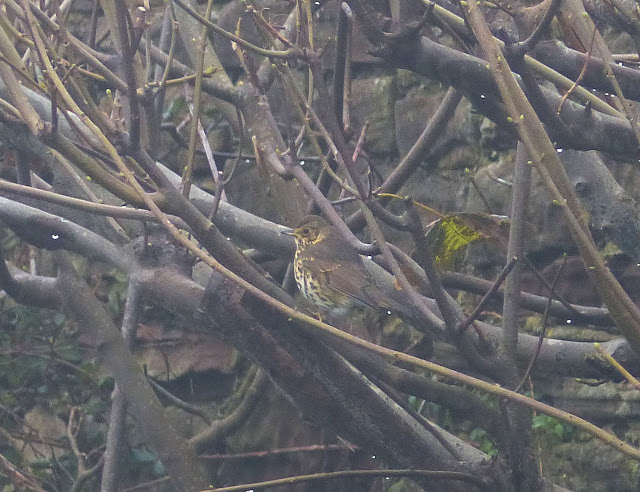 Three Rock Pipit were present around the North End and later on the west side of Middle. 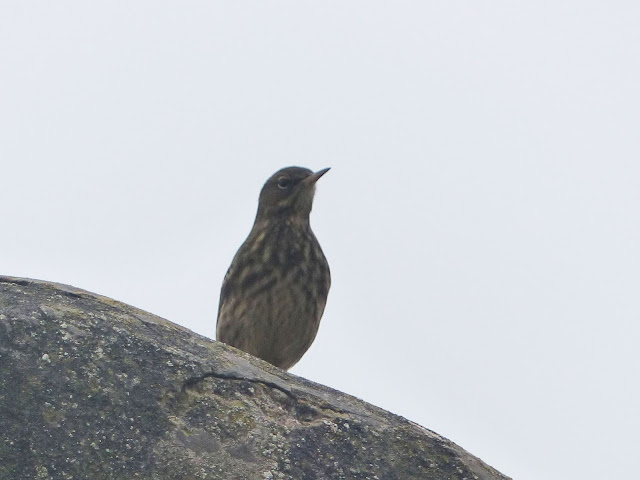 A flock of 4,000 Knot were in the air between Little Eye and Middle, 7 Grey Plover were noted and Purple Sandpiper have increased to 6. 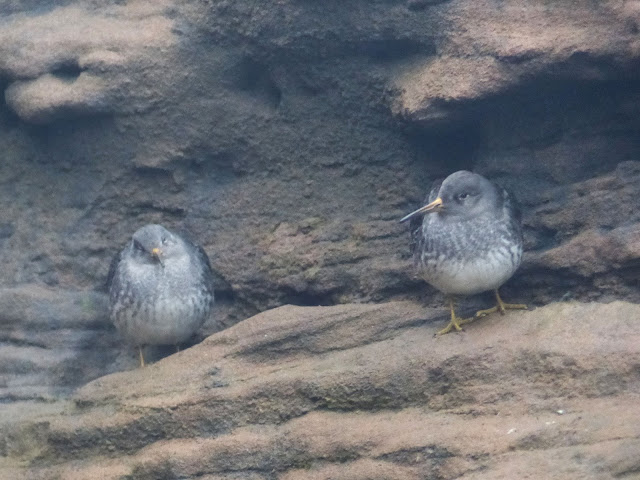 A few Turnstone roosted on the west side but 105 were noted in total. 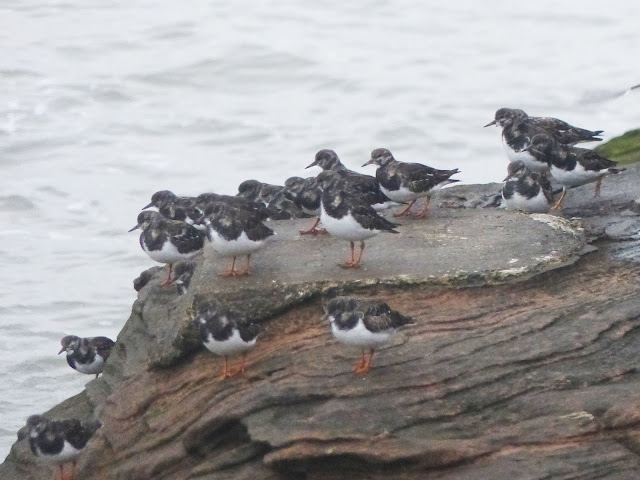 A Shag was off the west side, 71 Shelduck were over towards the marsh as the tide ebbed and 180 Brent Geese were counted , including a Dark bellied bird. 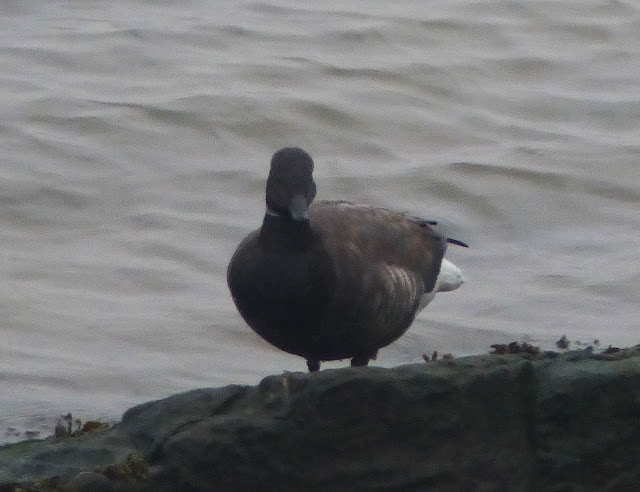 The female Merlin was again around the island disturbing the waders.
photos AS
Posted by Colin Jones at 15:24