Only 5 Blackbird and1 Song Thrush were on the island this morning, 4 Starling and a single Skylark passed over, a Goldcrest and 2 Chaffinch were still present. 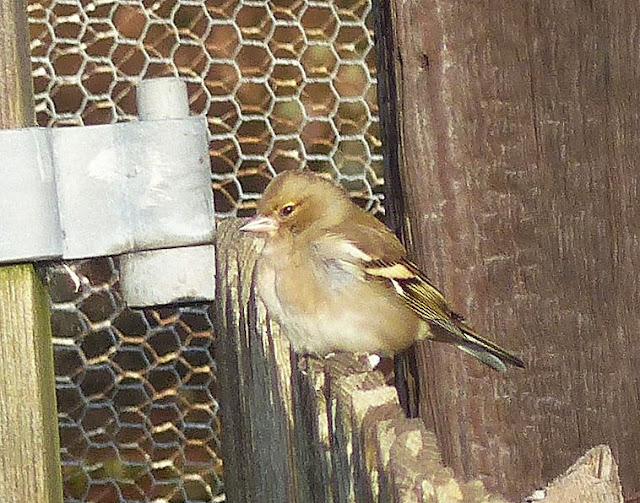 Raven seem to be a regular visitor at the moment and 2 were around the North End as the tide made. 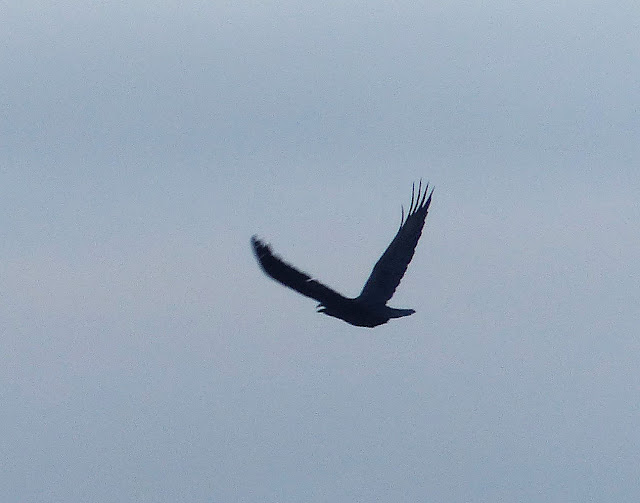 Six colour ringed Brent Geese were amongst the 257 counted today, all on the Whaleback. Three Wigeon flew passed the North End and 60 Common Scoter were on the sea. Four Greater Black Backed Gull around the island included one struggling to cope with a large flatfish. 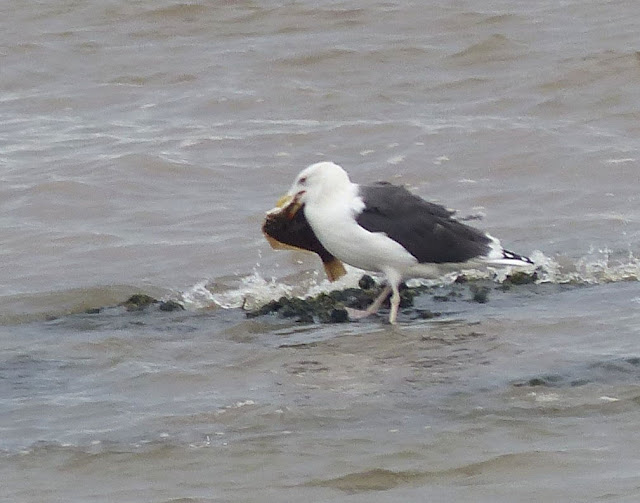 Shelduck south of Little Eye numbered 53 and in the same area were 126 Curlew. A good count of Bar-tailed Godwit on the East Hoyle was 134, the encroaching tide putting them up a few times. 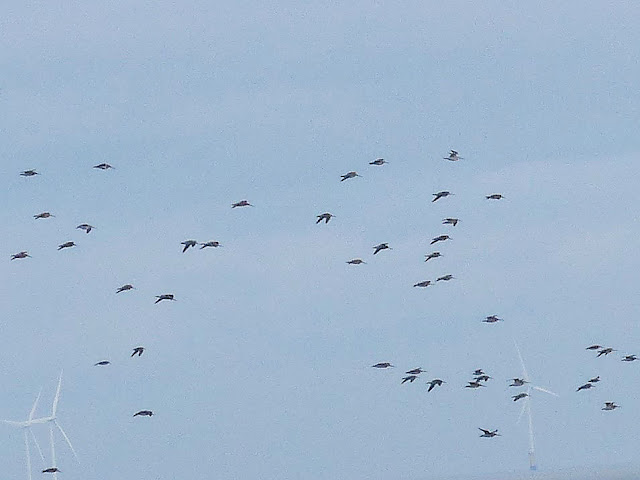 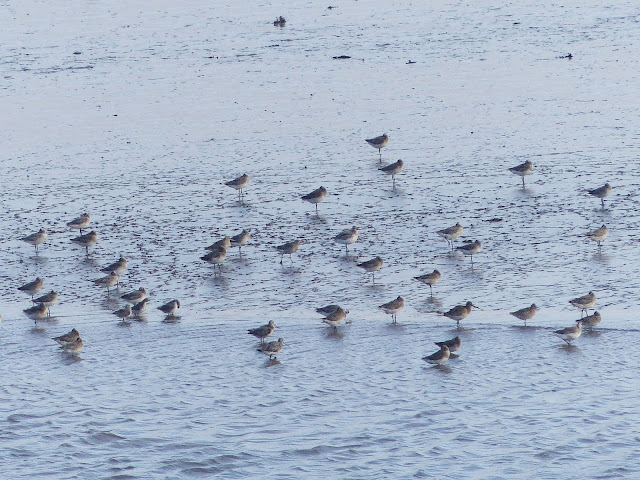 Amongst the Bar-tails were 12 Knot, in the Gutter were 71 Redshank and over 6,000 Oystercatcher were around the islands. 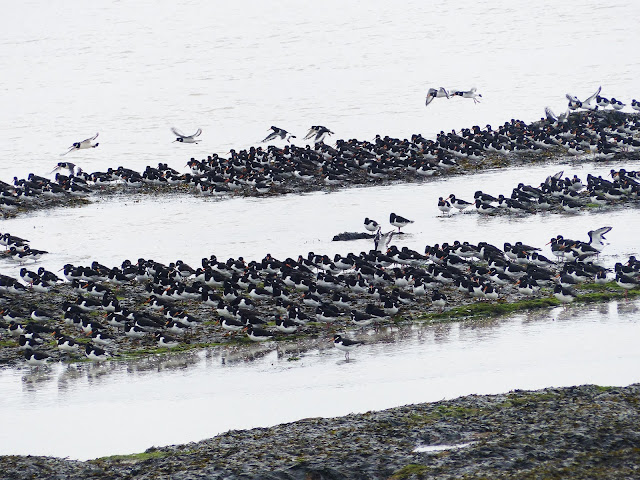 photos AS
Posted by Colin Jones at 13:50