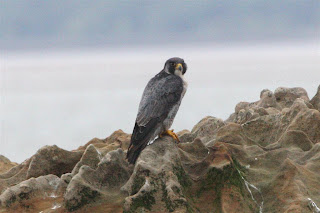 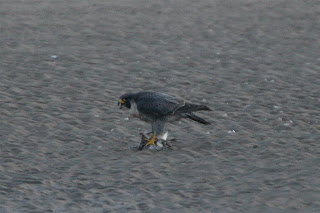 Another day of light westerlies and another day with interesting things appearing! The usual Peregrine was around the islands (see photos) and the Little Egret continued to show well in the gutter. 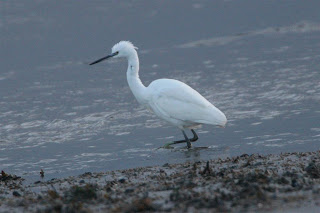 However, the main highlight of the day was superb line of Pink-footed Geese - about 400 in total -that flew in from the west. The majority flew on northwards (towards the Lancashire mosslands now doubt) but over 150 landed on the sand just west of Middle, looking rather tired after a long journey (see photos below). 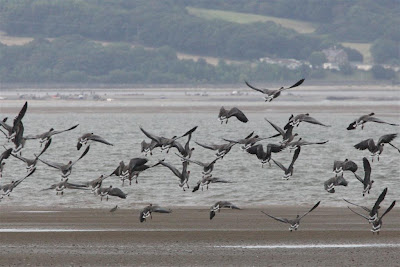 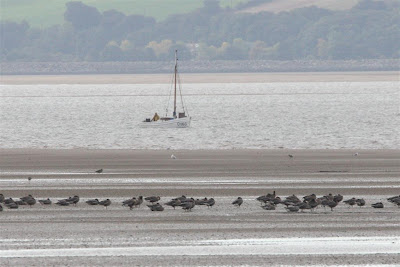 Also rather intriguing was another single Pale-bellied Brent which arrived with the Pink-feet and landed on the sands west of Middle before splitting from its cousins and finding its way to the North End where the two Pale-bellied Brents from yesterday were still present. Had all these birds arrived in the Dee straight from Iceland (where Pink-footed Geese breed and Pale-bellied Brents pass through on migration from Northern Canada)? 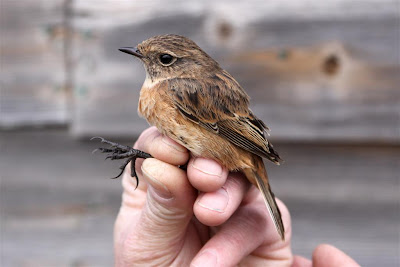 Finally, a nice first year Stonechat spent the morning around the island before finding its way into the Newton heligoland trap - where it was promptly caught and ringed (see photo left) - ending a rather nice day - for a westerly!