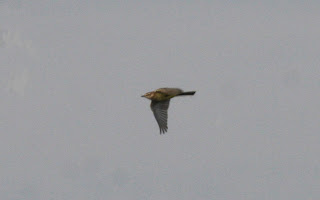 Still south easterly but a stonger breeze this morning and first signs were not good becuase only a couple of Willow Warblers were seen in the early look around the island. A steady trickle of Swallows soon started to move, a Wheatear was on Middle and 2 Yellow Wagtails came down to the ground at the north end (left). Yellow Wagtails are fairly unusual here in autumn but they were later joined by another and were still touring the island near to midday. 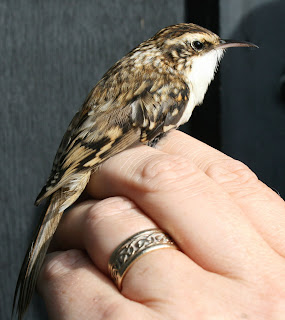 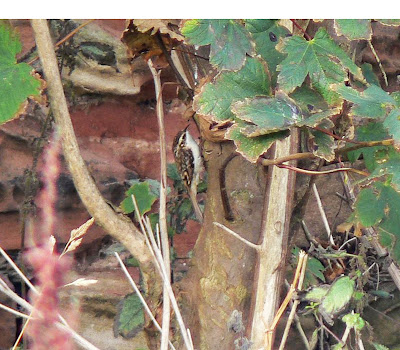 An observer at the lookout saw a Treecreeper arrive from the sea and sit on the wall nearby and then feed in the sycamores in the rangers rear garden (above). Treecreepers are very rare at Hilbre, and therefore the bird attracted much attention and was eventually seen to enter the 'heli' trap where it was caught and ringed. Another trickle of Willow Warblers and a Whitethroat landed and more Swallows and 3 House Martins passed through during the morning. 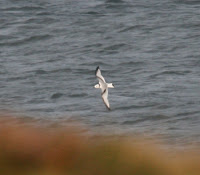