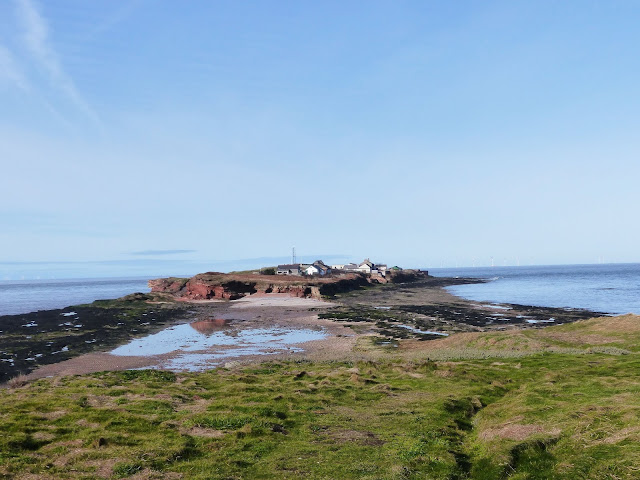 Only 168 Brent Geese were around the island this morning but 3 colour ringed birds were found amongst them, the 2 Eider were on the Whaleback. Four Great Crested Grebe and 27 Common Scoter were seen, a few of the Scoter were displaying and close enough to be heard calling. 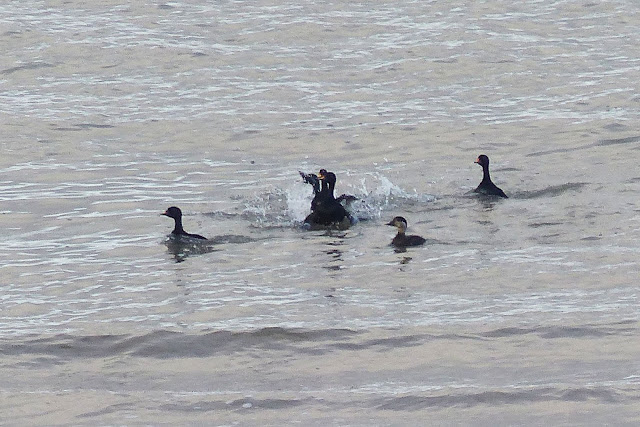 As the tide rose the waders started to gather along the North Shore with 6,500 Knot, 2,000 Dunlin, 130 Sanderling and 84 Grey Plover close enough to count, but others more distantly. 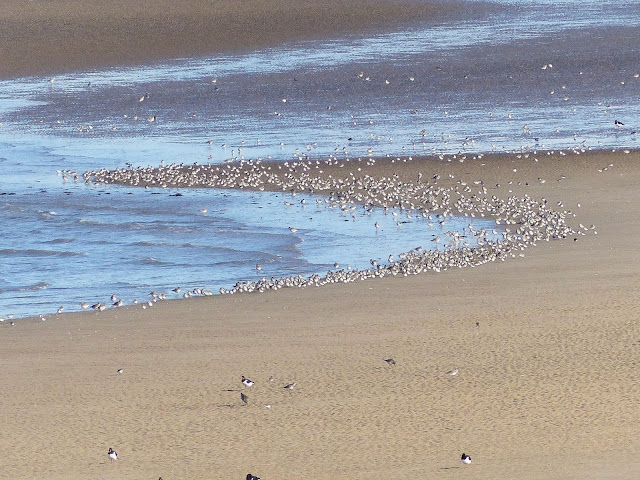 Below the Obs garden were 34 Ringed Plover and along the Gutter were 112 Turnstone, 90 Redshank and 2 Bar-tailed Godwit. West of the Lagoon were 2,500 Oystercatcher. 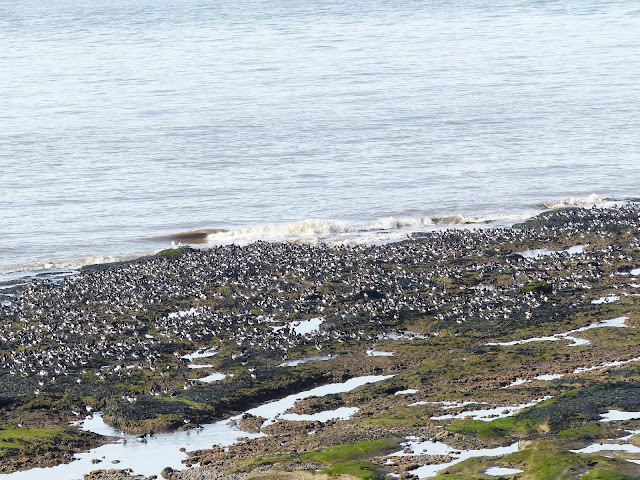 A Pied Wagtail flew west over the island, there were 7 Wren, 2 Rock Pipit and 6 Meadow Pipit in addition to a few Robin. Song Thrush, Dunnock and a Blackbird.
Posted by Colin Jones at 14:18