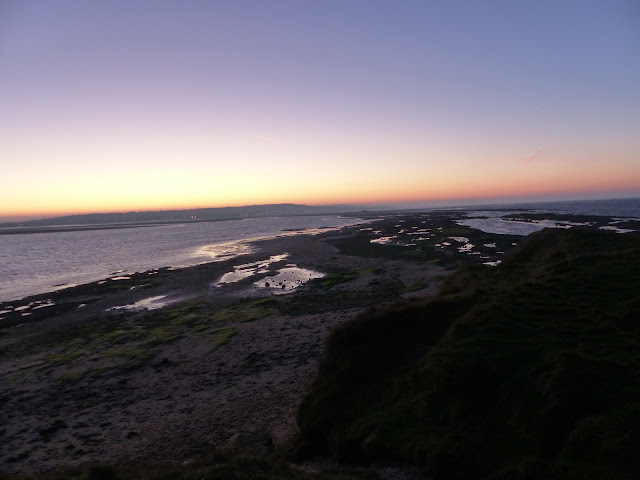 The temperature before dawn was 2 degrees but as it warmed up later it turned into a lovely Hilbre spring like day with a total of 7 Skylarks going over eastwards, and 4 Jackdaw heading the same way flew right over observers at the North End, where a Rock Pipit was present.
The Brent Geese were very confiding before the island became busy, 193 were counted with 2 colour rings noted. 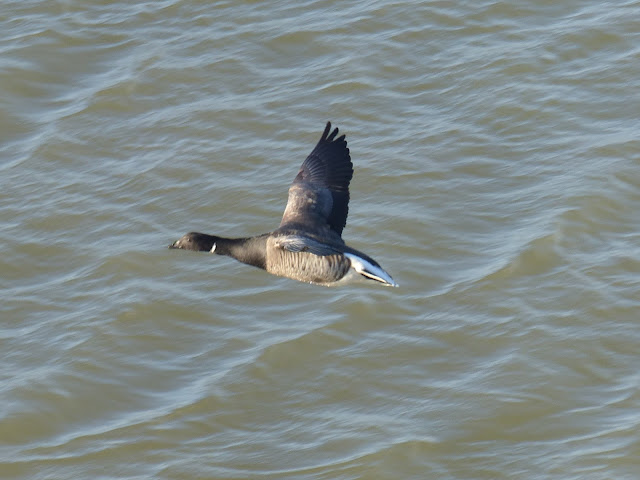 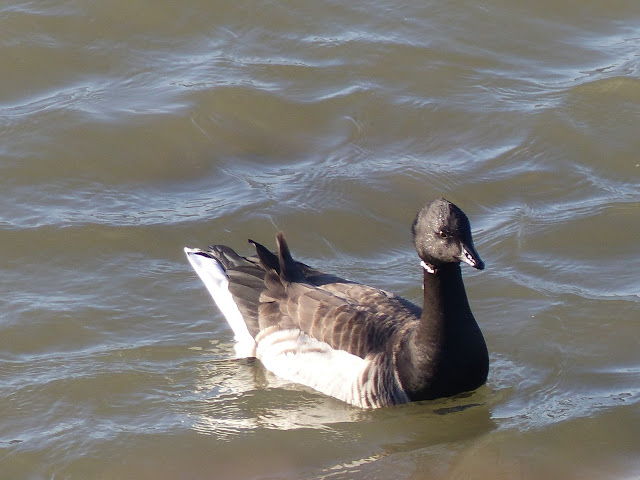 Two Shelduck flew west, 5 Great Crested Grebe, a Red-throated Diver and 24 Common Scoter were visible off the North End. The two regular Eider drifted down the Gutter with the tide but were then joined by a male (probably yesterday’s bird), it left them again later in the morning but was spotted further out with the Common Scoter so seems to be staying in the area. 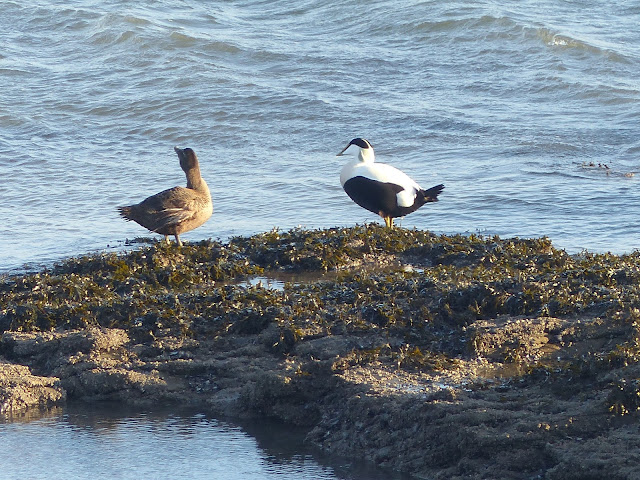 Fewer Redshank were about than of late but over 100 Turnstone were counted, also 53 Grey Plover, 32 Ringed Plover, 32 Bar-tailed Godwit and 450 Dunlin. There were 2 Purple Sandpiper noted.