A typical winter's day on the islands. Some 200 Brent Geese were around the islands in small groups but proving difficult to count accurately. 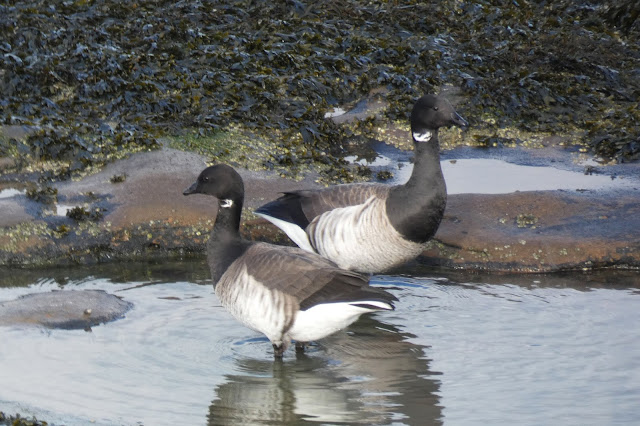 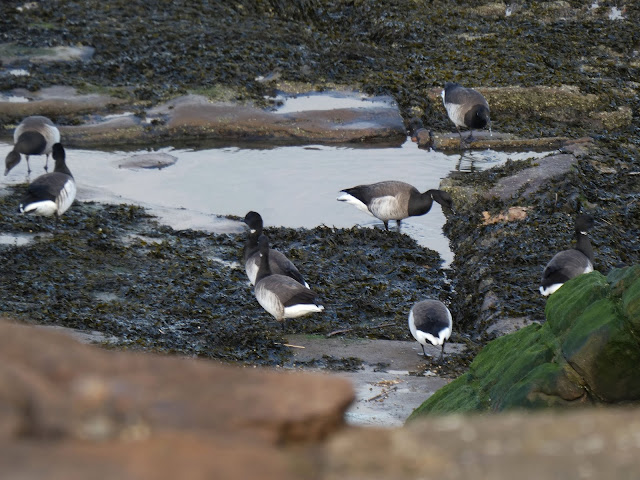 The two female-type Eiders remained faithful to the east channel. A 90 minute seawatch over the tide produced two Red-throated Divers, 500 Common Scoter (most out by the windfarm but with a few scattered groups close inshore), two Red-breasted Merganser and 24 Great Crested Grebes.
Eight thousand Oystercatcher, 5000 Dunlin and 3000 Knot provided the bulk of the waders. Six Purple Sandpipers roosted at the North end over the tide. 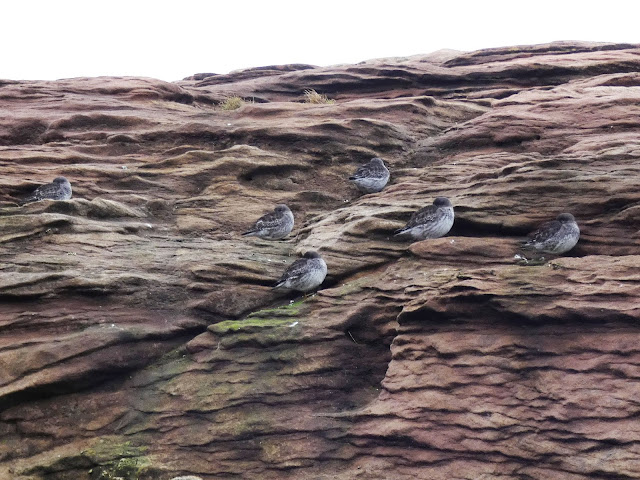 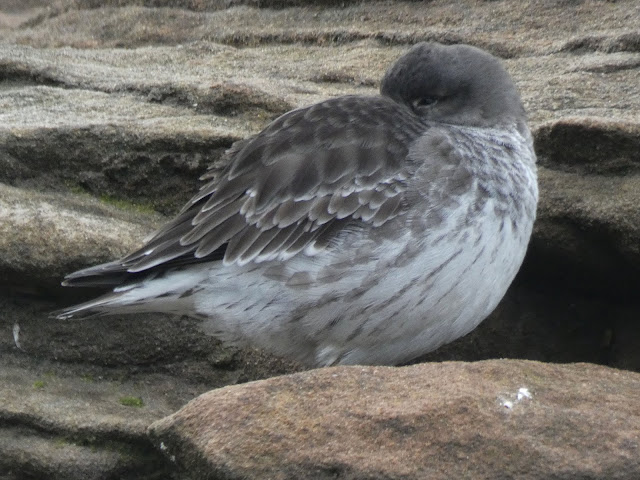 Other than the regular residents, the only passerine of note was a single Rock Pipit. Snow drops were out on the island. 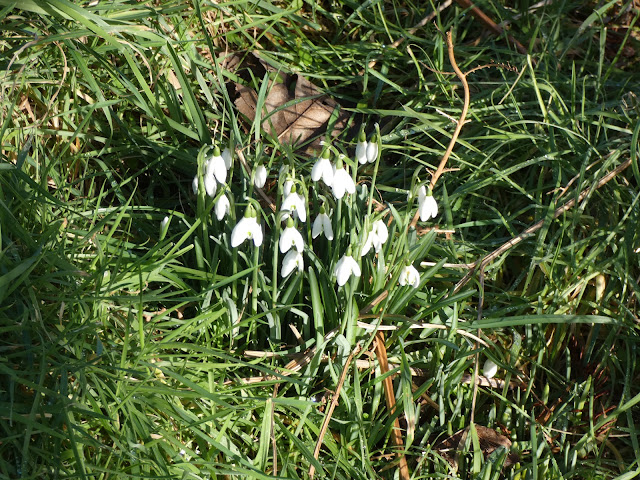