Weather: SE force 2/3 clear sky and misty around the coast, cold breeze increasing during the morning.
Soon after dawn a Lapwing (a scarce winter visitor at Hilbre) was resting at Little Eye in the half-light. 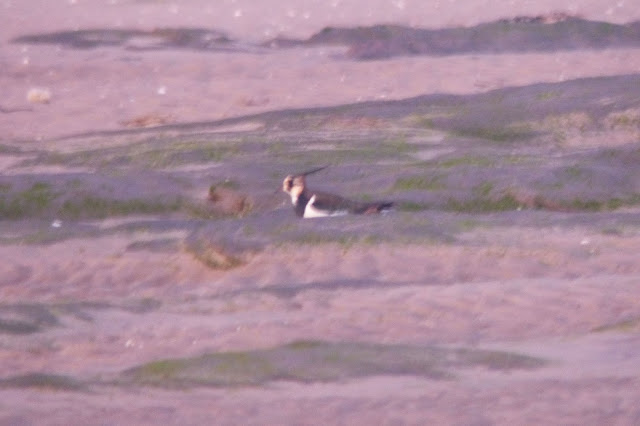 A flock of 80 Pink-footed Geese flew out the estuary over the island. 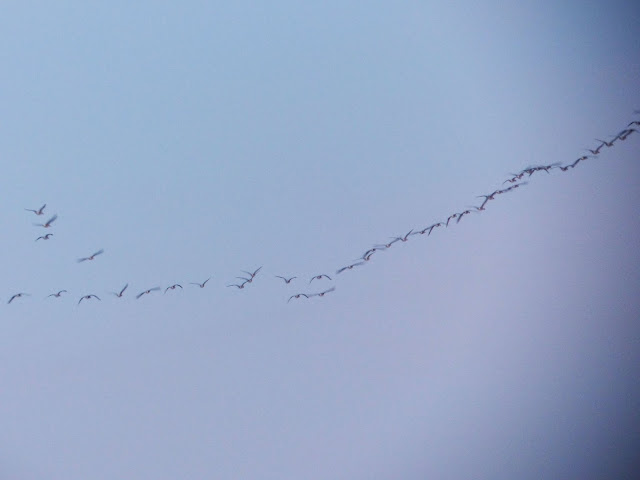 An adult male Eider joined the 2 regulars sitting on a large rock on the edge of the gutter to the east of the island, all 3 moving to the north end but the male was not present shortly afterwards. 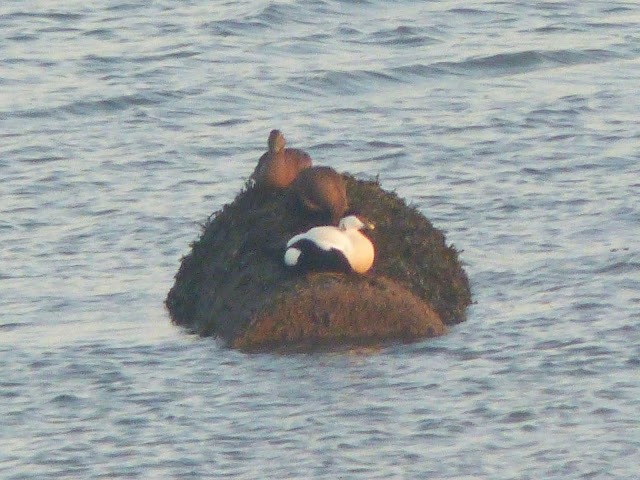 Two House Sparrows were found in the old obs trees, then flying beck and forth to the paddocks. These scarce passage visitors at Hilbre were still present later in the morning. 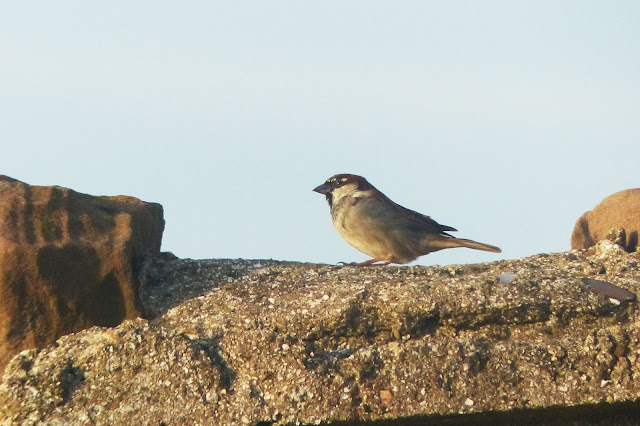 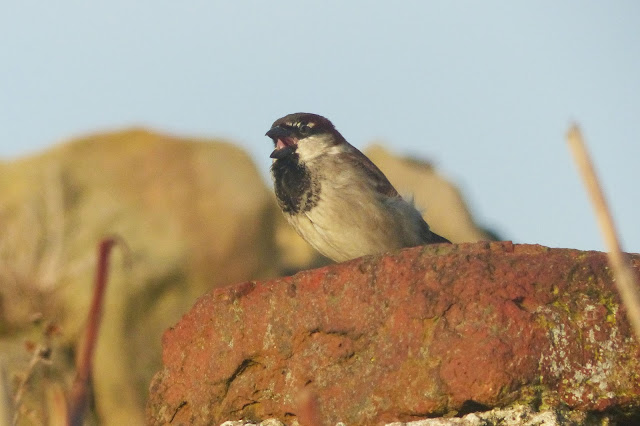 A flock of 70 Bar-tailed Godwits flew east off the north end, while other waders seen were 97 Redshank, 35 Sanderling, 12 Ringed Plover, 63 Turnstone but no Purple Sandpipers.
Two Skylarks touched down briefly on Middle just before noon.
photos CJ
Posted by Colin Jones at 15:09