Weather:   ESE force 0/1 later 4. thick fog at dawn, mist later
A peasouper first thing made sighting birds difficult, for instance a flock of Pink-feet Geese flew over calling but could not be seen. Good records were still recorded with a Golden Plover, 7 Scaup on the sea, and a Lapwing.
A small arrival of single Chaffinch, Goldfinch and Goldcrest arrived in addition to the Chiffchaff from yesterday. Also noted were male and female Blackbird, Song Thrush, Pied Wagtail and Robin.
The 2 Eiders were still here, but 3 Mallards about the island were new, as were 2 male and 3 female Wigeon. Brent were counted at 183. Best of the waders seen were 47 Grey Plover and 2 Bar-tailed Godwit. The moth trap was in use last night and it yielded a Satellite moth, the first at HIlbre since 1970 ! 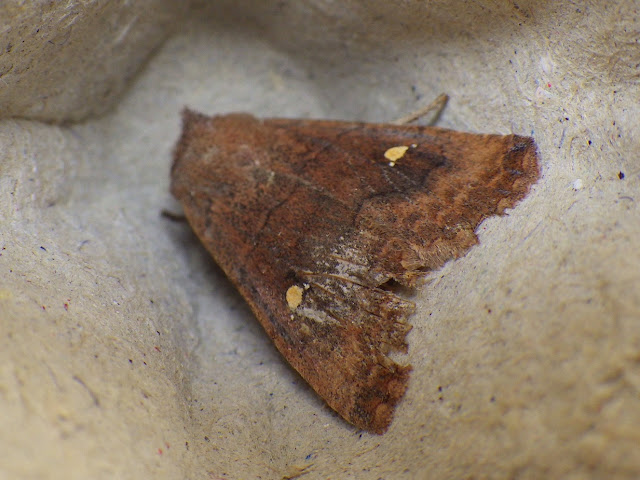