Weather: SW force 2
The adult male Eider was missing today, but the other 2 were still about. Eight Meadow Pipits were present, 2 of which were making display flights but may have been young birds. A first year Meadow Pipit was ringed, 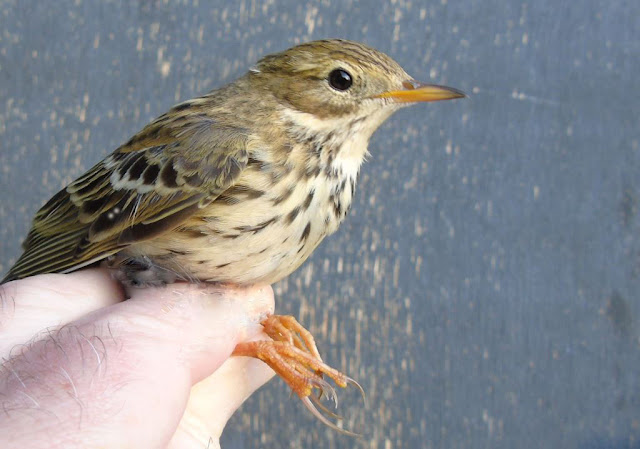 and a Dunnock and Robin were retrapped, the Dunnock was ringed here as long ago as 2015 and the Robin late last year. 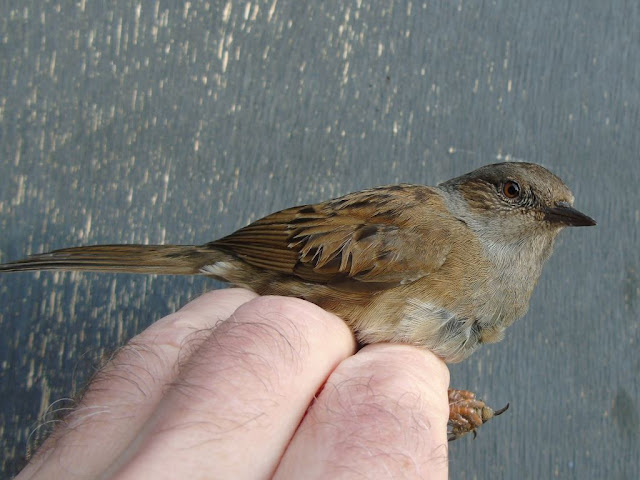 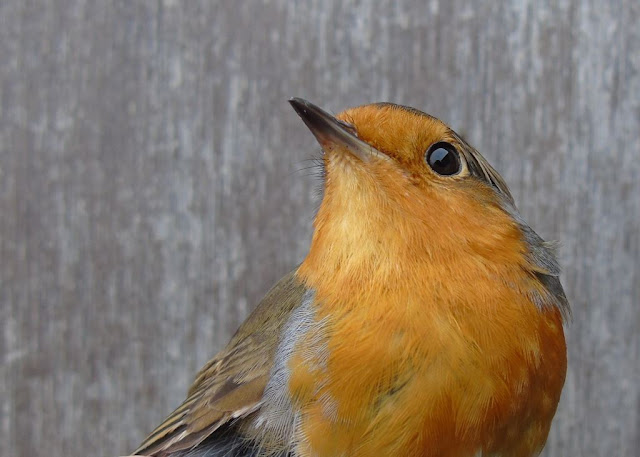 The only definite migrants were 3 Skylarks , one of them on Middle Eye,while 2 Song Thrushes were also on the island. 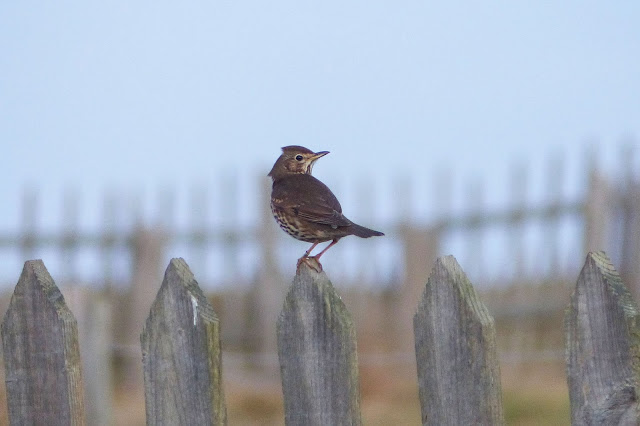 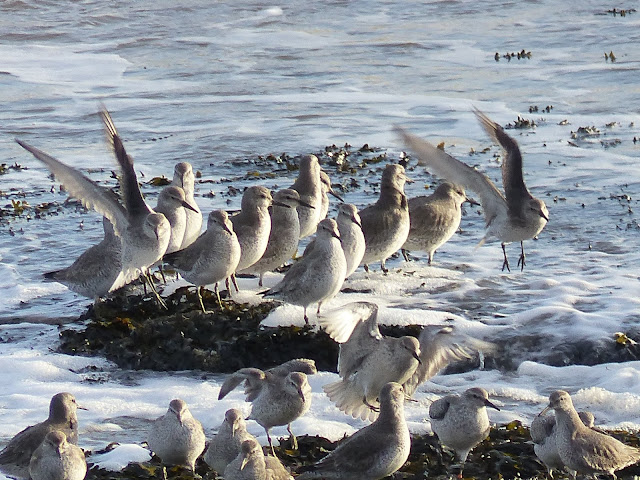 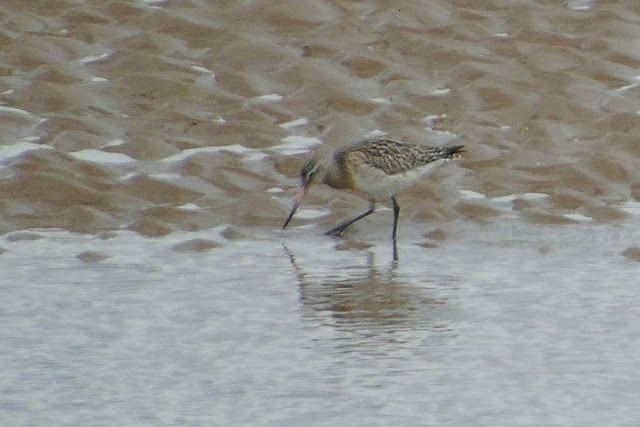 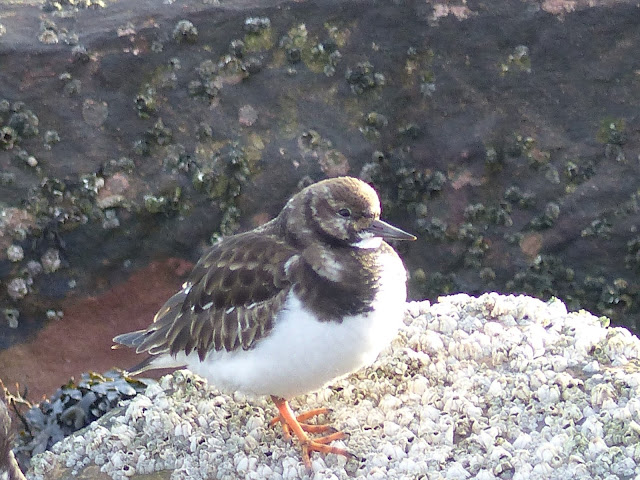