A brief pre-tide visit found that the Snow Bunting was still present and feeding in the same area north of the lookout. 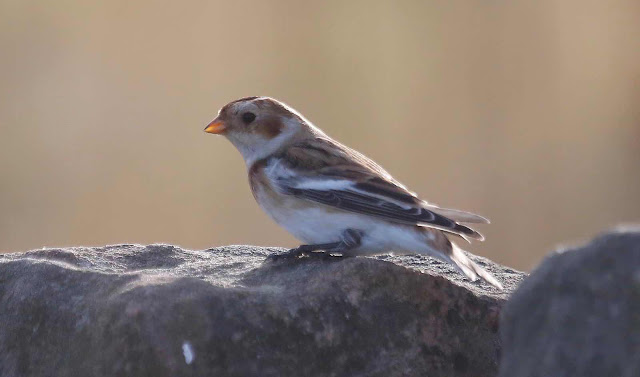 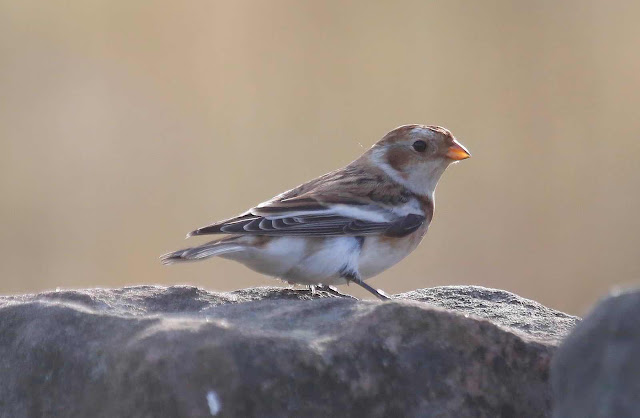 It is a first winter male of the subspecies ‘nivalis’ which breeds from northern Scandinavia, across to Greenland and Arctic Canada. 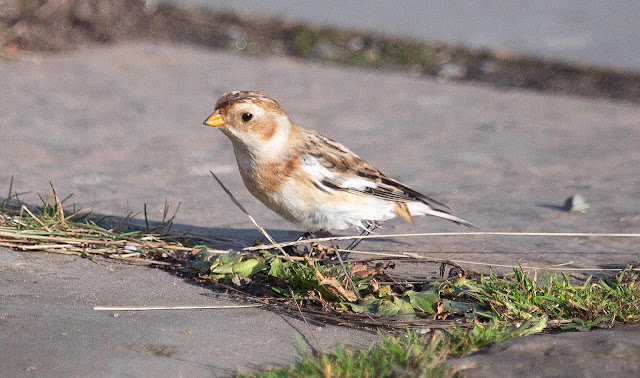 A Redwing was heard to call over the island and a single Song Thrush was down. The only visible migration noted was 274 Starling, 11 Skylark,  5 Chaffinch and 30 Meadow Pipit , a Rock Pipit was on Middle.

Two Purple Sandpiper were logged along with 80 Sanderling, 300 Dunlin73 Redshank and 97 Grey Plover.

A quick scan off the North End saw 38 Common Scoter, 2 Red-throated Diver and 4 Great Crested Grebe. The Brent Geese were counted at 174 and included the new Irish-ringed bird. 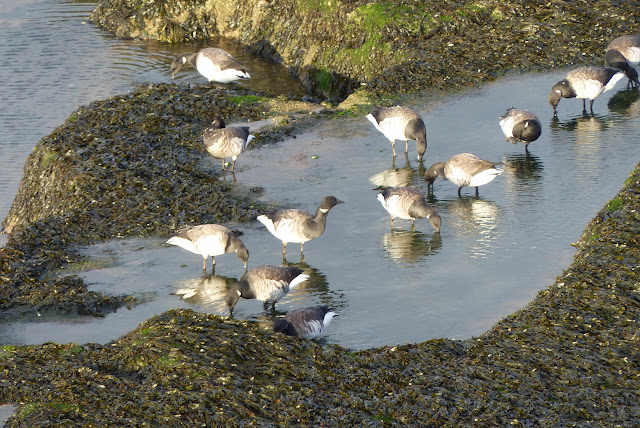 Photos AS (Brents) and CJW (Snow Bunting)
Posted by Hilbre Steve at 21:55