At least a dozen Blackbirds were on Middle and Hilbre, with 6 Redwing (2 seen to come in off) and 2 Song Thrush.  A few Meadow Pipits and Starlings also moved through. 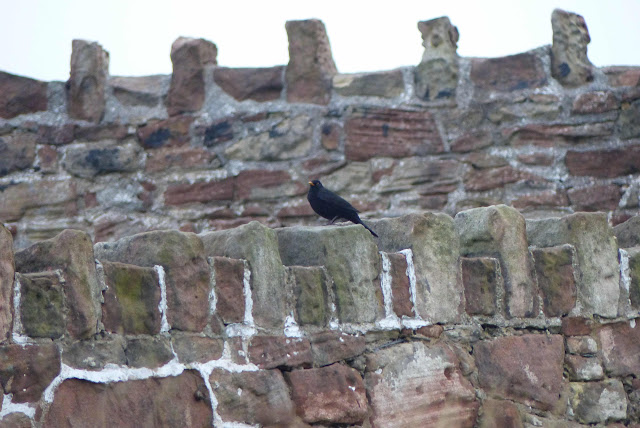 Three Wigeon flew between the islands first thing, possibly the birds from yesterday as they stayed around all day. Later, a single Wigeon was at the North End, also a female Common Scoter. 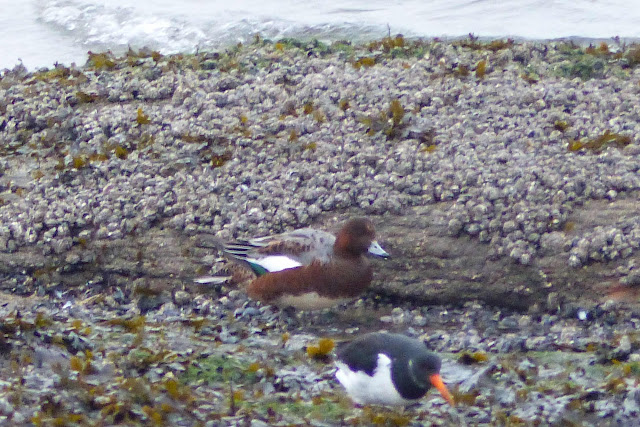 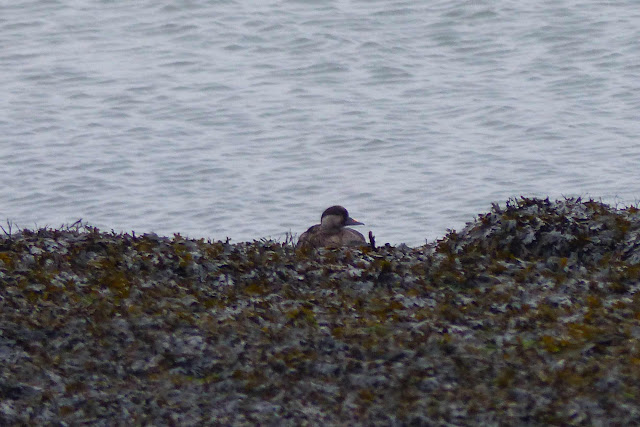 There were good numbers of Dunlin, Knot and Curlew with 255 Redshank, also 4 Purple Sandpiper . The Canadian colour ringed Brent was again noted on the Whaleback.

A Peregrine disturbed the waders as it flew over the North End and across the East Hoyle. 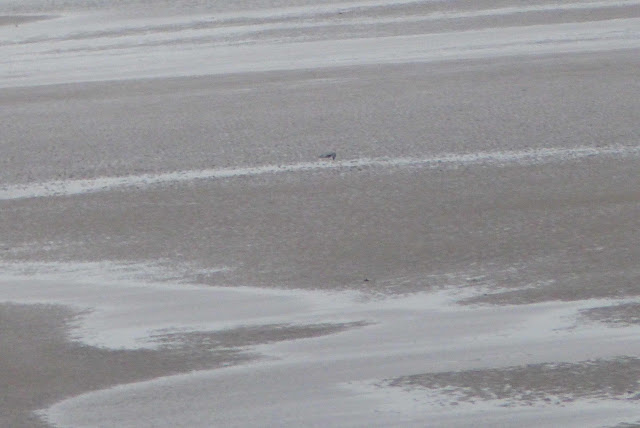