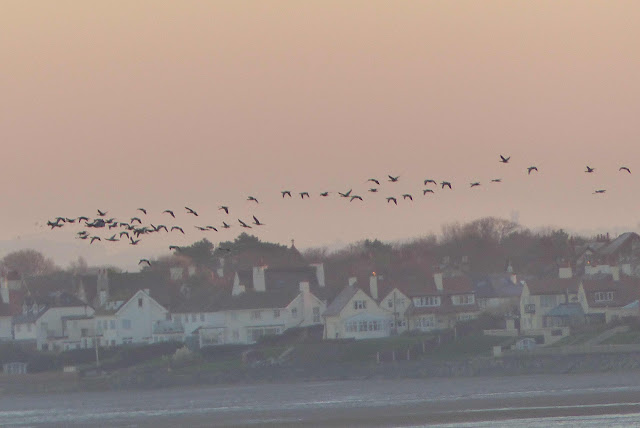 A flock of 68 Pink-footed Geese left the estuary early morning. 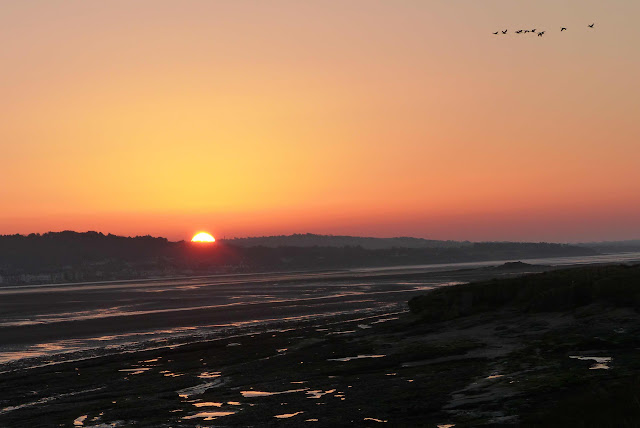 Around the islands were 178 Pale-bellied Brent Geese and the Eider, 3 Shelduck flew west and on the sea 28 Common Scoter, 2 Great Crested Grebe and a single Guillemot were noted. 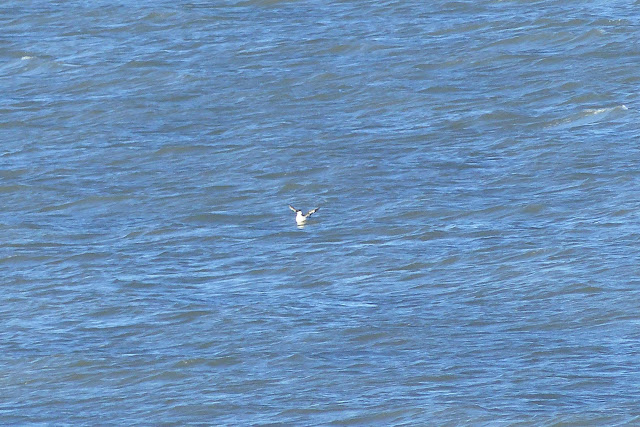 Two Purple Sandpiper were at the North End, 196 Redshank were counted along with 300 Dunlin, 100 Knot, 72 Turnstone and 4 Bar-tailed Godwit. 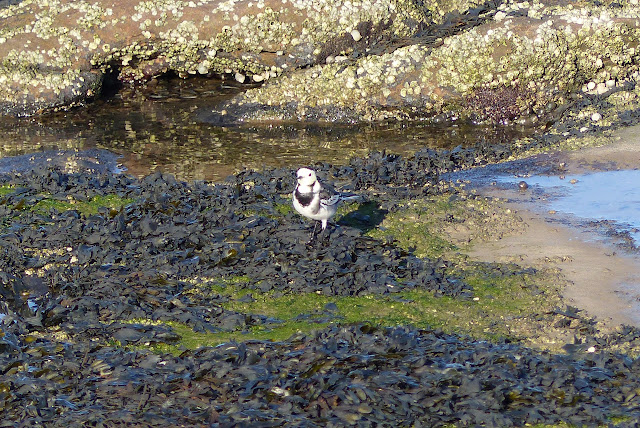 A Reed Bunting, 2 Redwing and a Song Thrush were on Middle as one observer arrived, with a second Song Thrush along with 3 Blackbird on the main island. Two Skylark and 42 Starling flew over, a Chaffinch was briefly in the Obs garden and a Pied Wagtail at the North End is possibly the same bird that has been around for a few days.
Posted by Hilbre Steve at 21:07