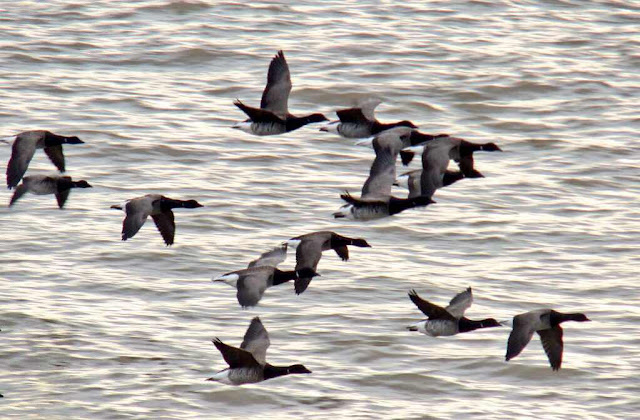 With all the excitement happening at nearby Meols (see below) observers only arrived after the tide today and with little expectation as the weather had taken a turn for the worse.

However, as is invariably the case there was something of note.  The highlight was a Woodcock, the first of the autumn for the islands, being flushed from just north of the light. 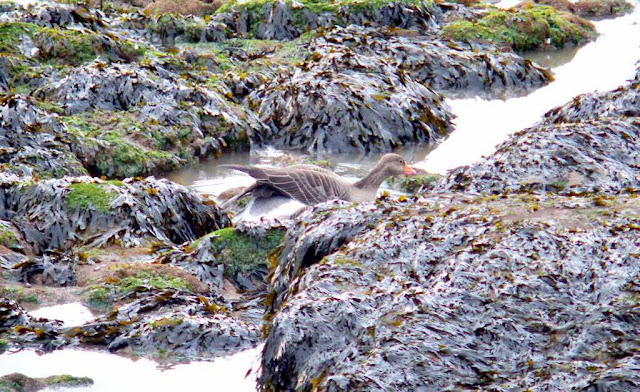 Whilst trying to relocate the Woodcock down the west side an injured Greylag Goose was spotted in amongst the rocks but it made its way gingerly into the sea and swam off and was later seen swimming distantly off the North End.

Three Blackbirds and a Song Thrush were present around the gardens presumably having arrived overnight or during the morning.  A single Blackbird was caught and ringed.

The wind dropped almost completely and 21 Great Crested Grebe were noted on the flat calm sea.  It was a beautiful end to day. 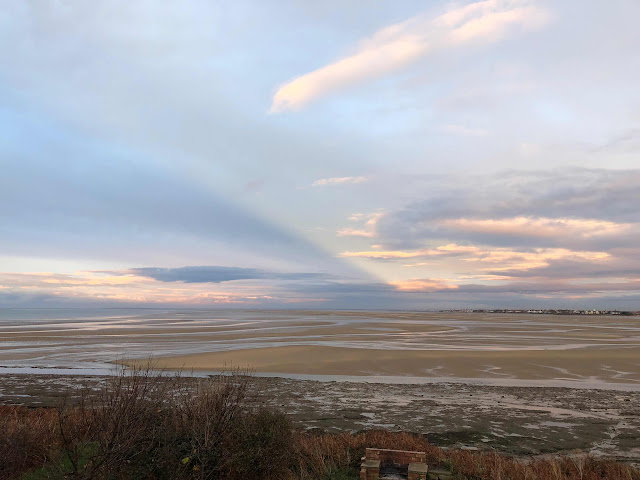 After a good day on the island yesterday our Records Officer was at home last night updating the blog when he received an email, just after dark, from Richard Smith (www.deeestuary.co.uk) forwarding an email from Richard Ashford of Meols, Wirral, about a Wheatear sp he had found, and photographed that afternoon, on the sea wall at Meols (he had also seen it the evening before - 5th November).  It was followed up by a text and a brief exchange of messages (some unpublishable) whereby our Records Officer identified it as a Pied Wheatear - the first record for Cheshire and Wirral! 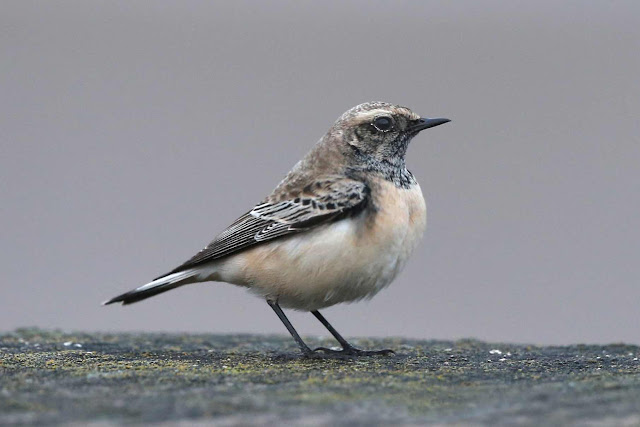 The news was put out along with the photos and there was a sleepless night for many local birders.

Fortunately, the bird was still present this morning for all to see.  Congratulations to Richard Ashford for finding such an incredible bird near his home and to Richard Smith for circulating the photos as soon as he could.  Photos above and below from today per BSB. 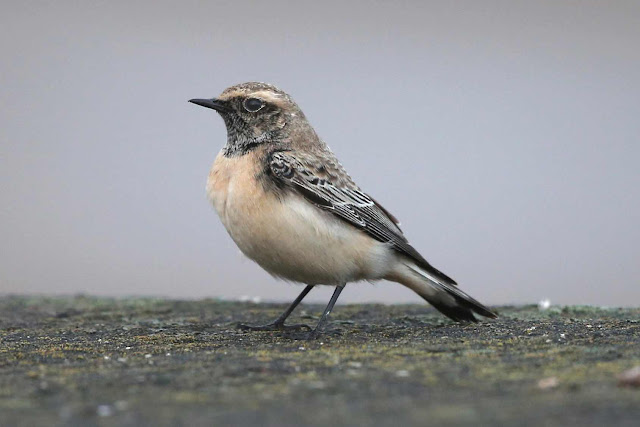 Meanwhile, one of our founder members (AAB) recalls seeing a late Wheatear at Leasowe near the Lighthouse on 17 November 1957 - he considered it to be a Pied Wheatear and a failed attempt was made to catch the bird to formally identify it.  He saw today’s bird at Meols, along with many other happy Obs members, and it brought the memories flooding back...
Posted by Hilbre Steve at 23:06