As the tide dropped a good count of Pale-bellied Brent Geese could be made with 187 noted including the Canadian ringed bird.  Shelduck were also in good numbers with 350 counted around Little Eye and the Tanskies. 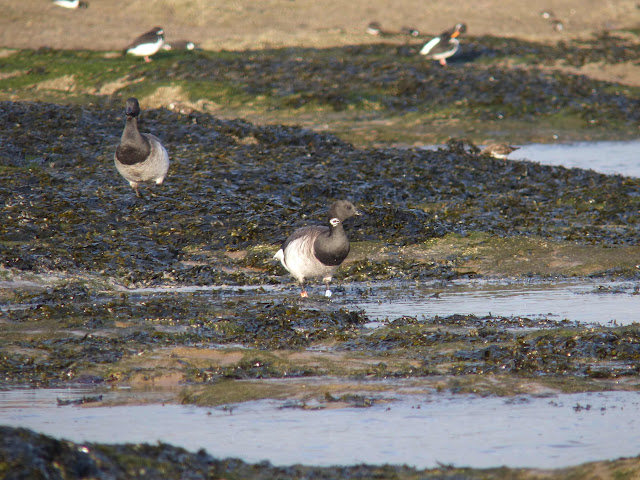 Three Teal were noted from the main island and were then seen off the south end of the reef along with 7 Wigeon.

The single Eider was noted along with three others.

A few passerines moved through early with 3 Blackbirds and 3 Song Thrushes noted along with 6 Robins.  Finches were in short supply though with 2 Chaffinch, 11 Linnet and a single Siskin noted.

Meanwhile, the elusive fox continued to show a clean pair of heals whenever the photographers amongst us got remotely close... 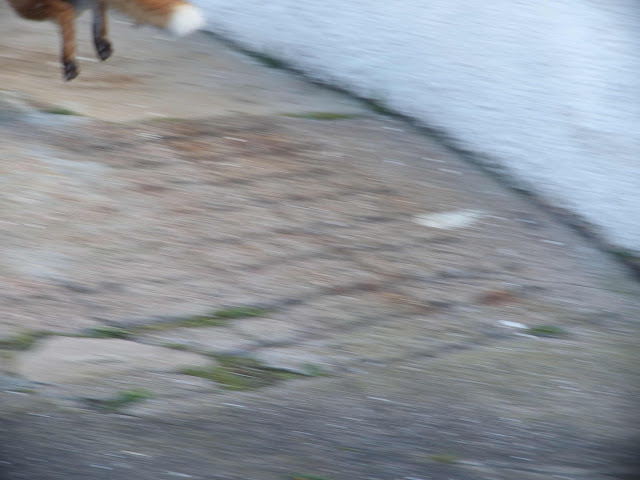 Photos by SRW
Posted by Hilbre Steve at 21:33