A grey rather miserable day didn't do much to lift observers’ spirits and neither did the birds!

The regular Eider remained around the island all day but its recent companions seemed to have moved on. The only other ducks were 150 Common Scoter. The Brent seem to be increasing in numbers although an accurate count was not made. A good number of juvenile birds were noted today, accompanying their parents. A returning colour-ringed bird was seen today for the first time this winter (photo below),originally ringed in Iceland in 2015 and recorded at Hilbre in previous winters since December 2015; it is already the fourth colour-ringed bird in the flock this autumn/winter and we can look forward to more as the flock usually increases into the New Year. 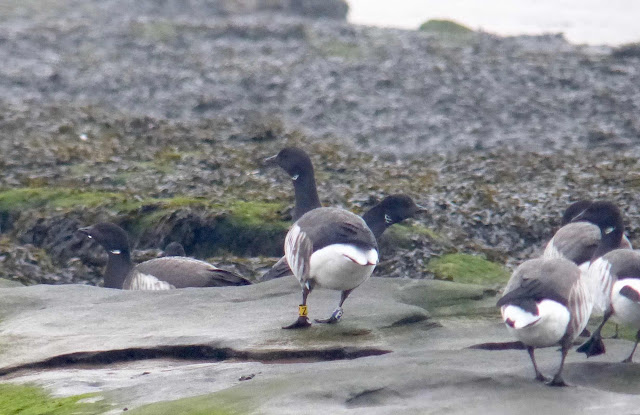 Six Purple Sandpipers were seen at the North end early on. Flocks of Knot, totalling about 3500, were between Middle & Little Eye accompanied by smaller numbers of Grey Plover and Dunlin. 5,000 Oystercatcher roosted the tide on Middle. 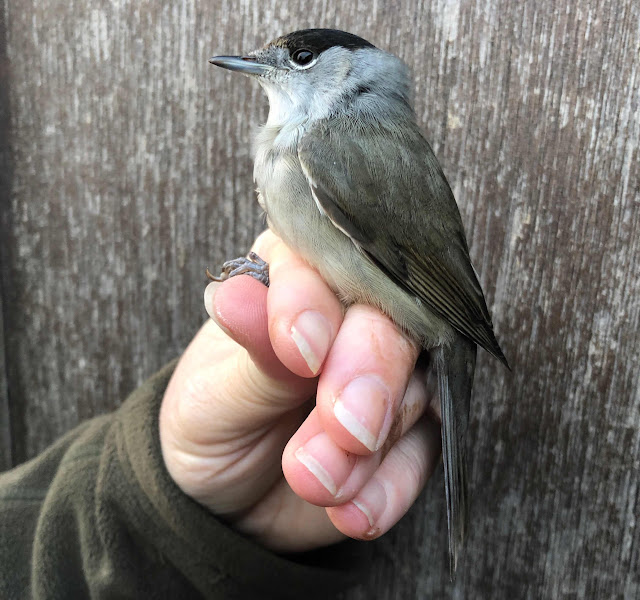 Passerines were again in short supply but the highlight of the day was two male Blackcaps, one of which was caught and ringed (see photograph). This is the equal second latest ever date for a Blackcap to be ringed on Hilbre and the latest since 1974. 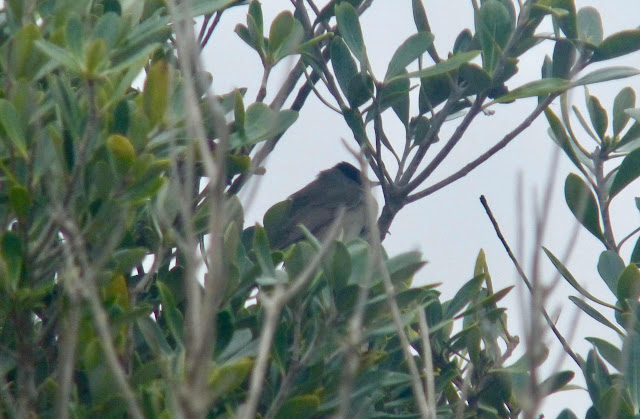