The wintering flock of Pale-bellied Brent remain around the island and are slowly increasing in number - this family group was present at the North End mid morning. 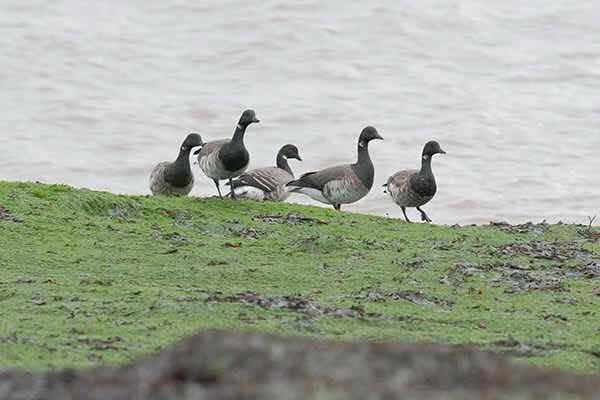 The single Eider remained around the islands and four Wigeon flew past but it was an otherwise quiet day for wildfowl on the islands. 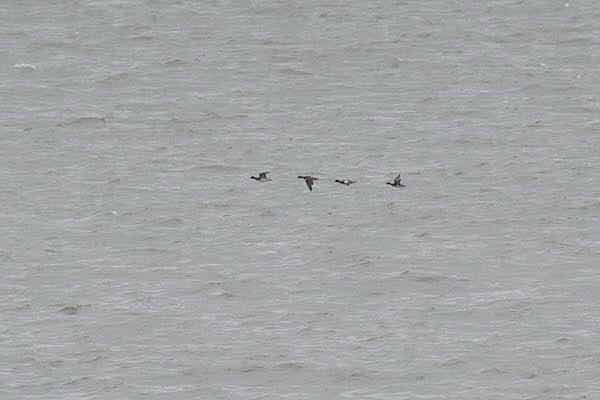 Nearby West Kirby Marine Lake still held the Scaup and three Red-breasted Mergansers but there was no sign of yesterday’s Little Grebe; a rare bird for the lake (or Hilbre). 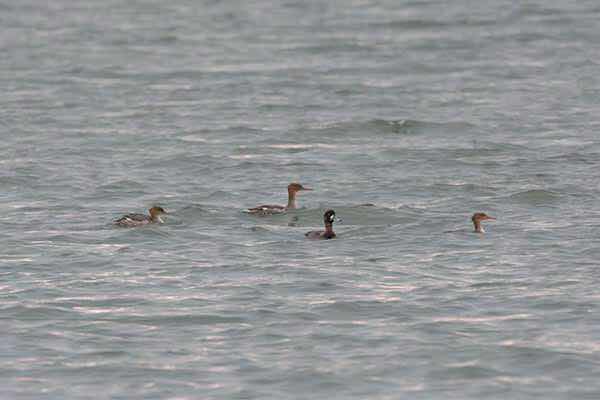 Three Redwing were recorded in the trapping area but didn’t linger, likewise flocks of Starlings totalling 33 shot through.

The final noteworthy record of the day was a dead Red-throated Diver found on the South End (headless so presumably taken or found by a fox).