Though the wind was from a good direction there was again little vis mig, probably due to the wind strength.  Six Song Thrush were all in the SK paddock at first light, later a Chaffinch was twinking away in there but was not seen. 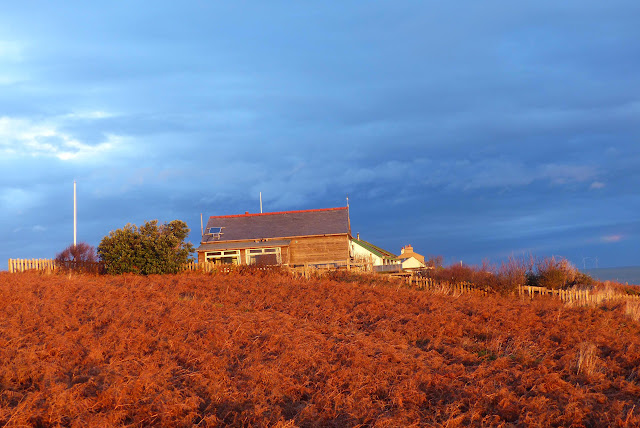 Just 20 Starling were seen heading west and a Rock Pipit was at the North End, where there were 6 Purple Sandpiper after tide – a doubling of number. 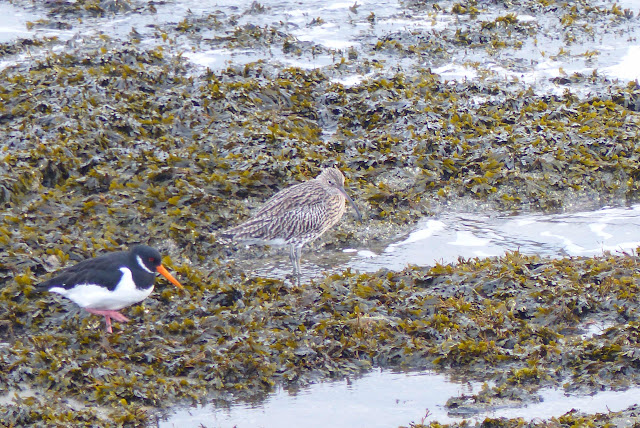 Two Eider were briefly in the Gutter as the tide ebbed and 2 Wigeon east of Middle, again briefly. On the sea were 41 Common Scoter and 2 Great Crested Grebe, Brent Geese were spread out and only counted at 164. 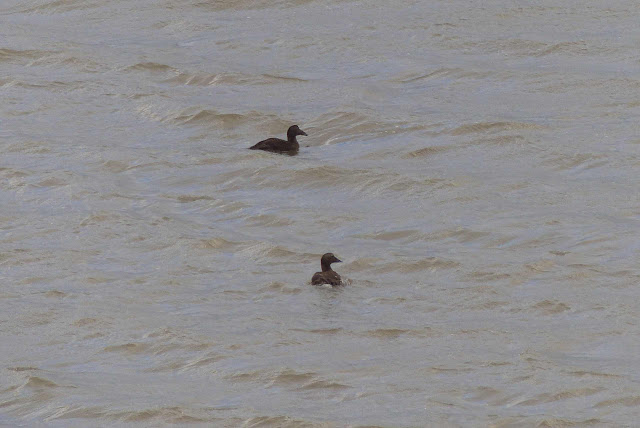 A A Grey Heron was again west of the island and 3 Little Egret were present.

Photos by AS
Posted by Hilbre Steve at 16:58