Two Peregrines were noted near Little Eye with one carrying prey which turned out to be a godwit.  The Peregrine was briefly harassed by a Great Black-backed Gull and then the other Peregrien but it simply flew off and found a quiet spot to sit. 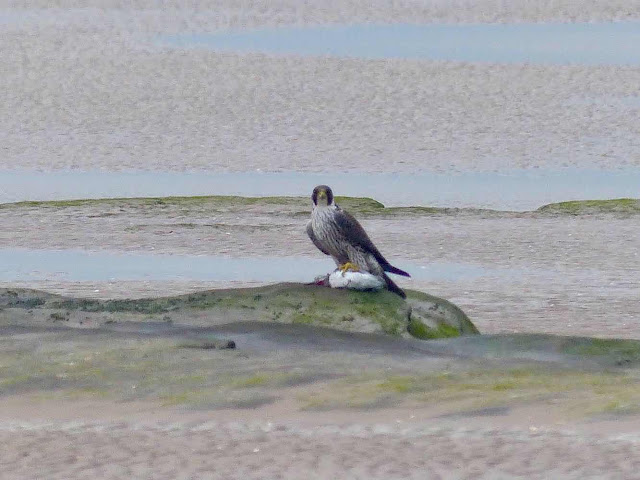 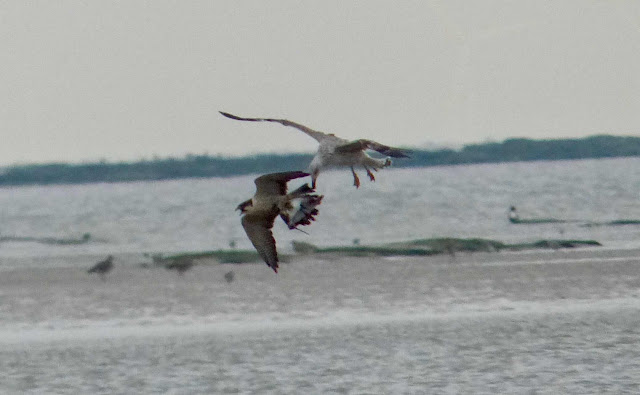 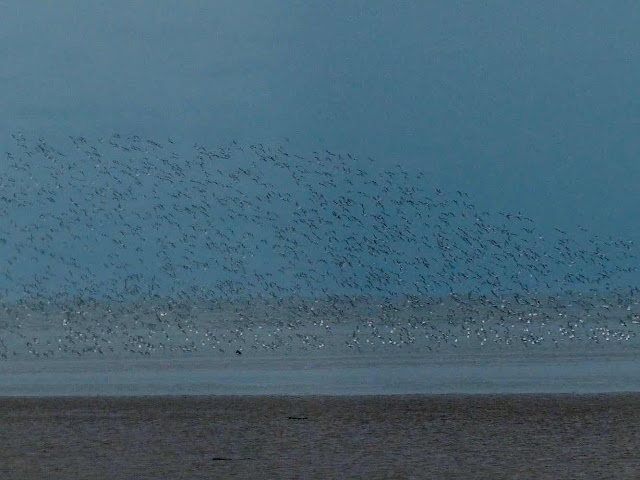 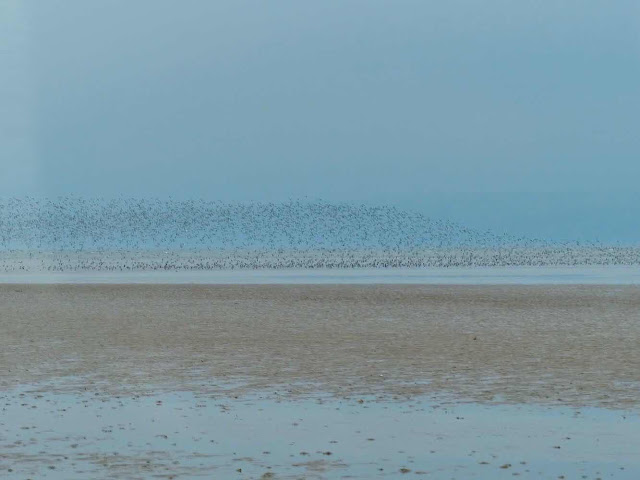 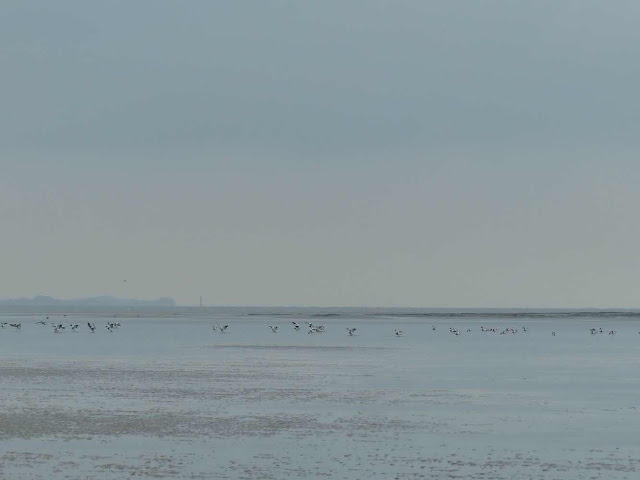 A single Meadow Pipit was caught and ringed, rather late for Hilbre being the fifth latest in the year ever to be ringed here.

Shelduck numbers increased again with 585 counted along the tide edge by Little Eye. 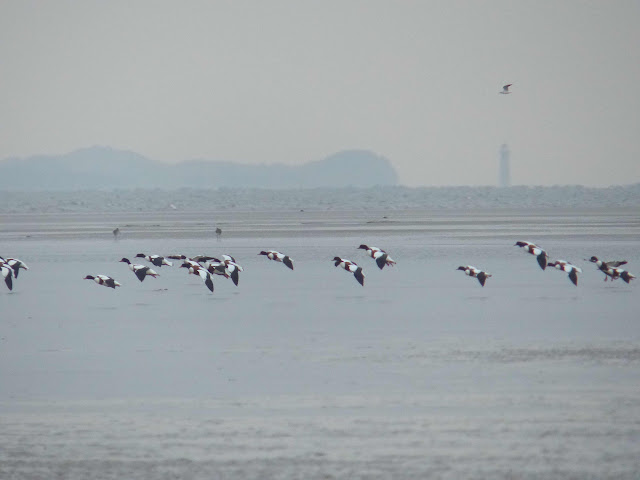 Meanwhile, on nearby West Kirby Marine Lake up to five Goosanders were still present and the Little Grebe showed well off the old baths.  The latter is a very rare bird at the Marine Lake or indeed at Hilbre (the last record at Hilbre being on 12th September 2013 - see https://hilbrebirdobs.blogspot.com/2013/09/12th-september-2013.html). 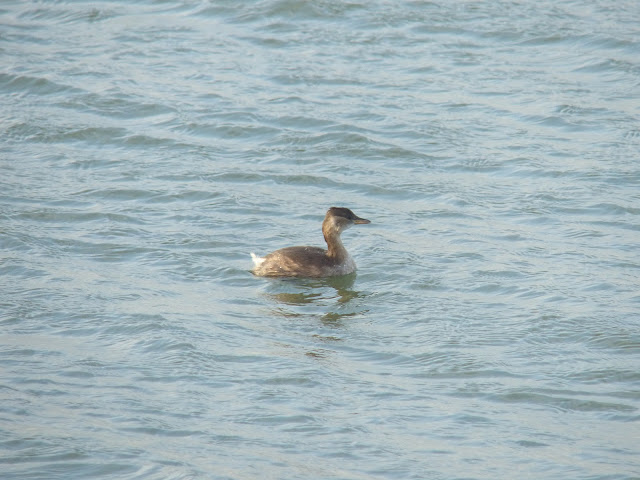 Photos AEH and SRW
Posted by Hilbre Steve at 15:56