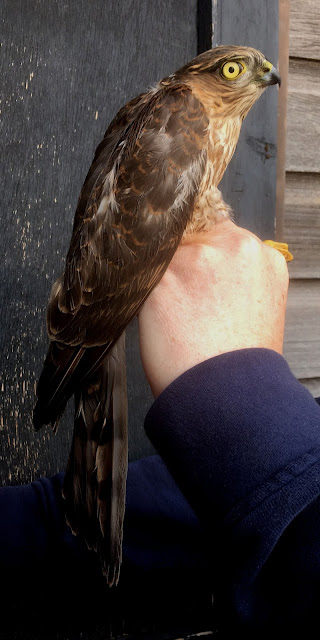 This morning there were 3 Song Thrushes and 4 Blackbirds about that were definitely 'new in' and a Stonechat which was first seen at the south end and stayed the rest of the morning. A light passage of Skylarks (16) took place in small numbers and 6 Pied and a Grey Wagtail went through and again there were more than expected Wrens and Robins present. A single Goldcrest turned out to be a bird that was ringed yesterday.

Highlight for the members however was the capture and ringing of a male Sparrowhawk caught in the SK trap (left CJ), the first ringed this year. 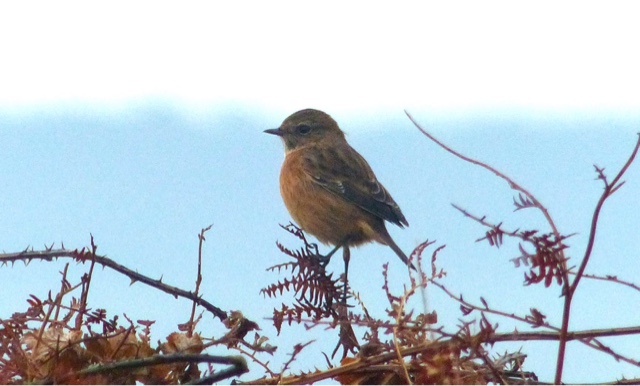 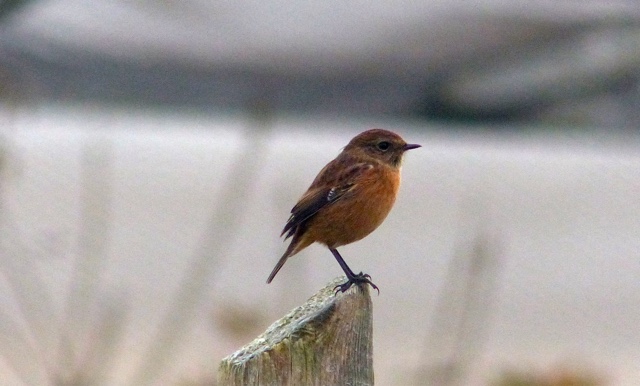 Nine Little Egrets stayed near the islands and a Peregrine gave a display of hunting power over the east side and 2 Pintail flew south down the Dee. The 5 Rock Pipits this morning included the Norwegian ringed bird back from its visit to Red Rocks the other day.

After the tide 113 Pale-bellied Brent Geese were counted on the ridge in the evening light on a very still evening. 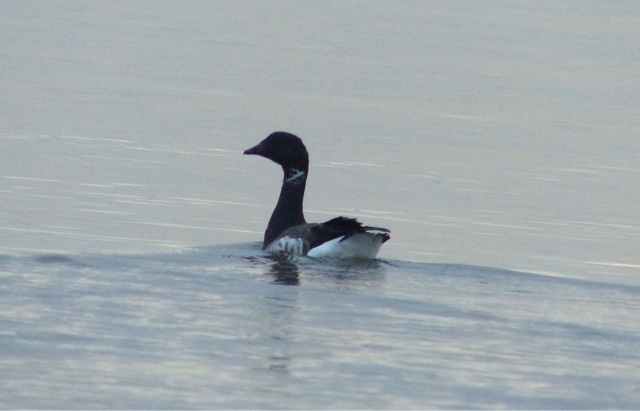