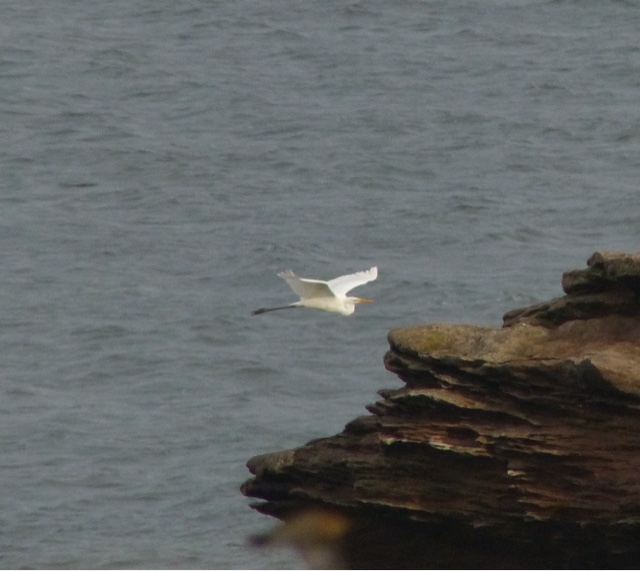 The highlight of this morning was a Great White Egret which passed the north end at about 09.40hrs. Coming from the east it dropped briefly into the east gutter before continuing on along the north shore and was seen flying inland over Hoylake. Although increasingly common further down the estuary, Great White Egret is still very scarce at Hilbre with only half a dozen records, all in recent times (since October 2009). 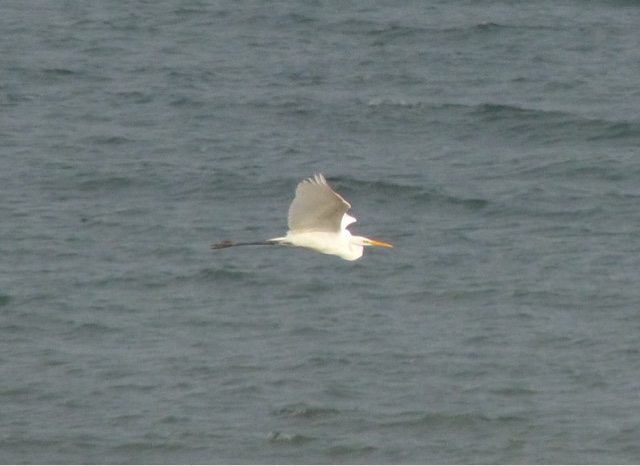 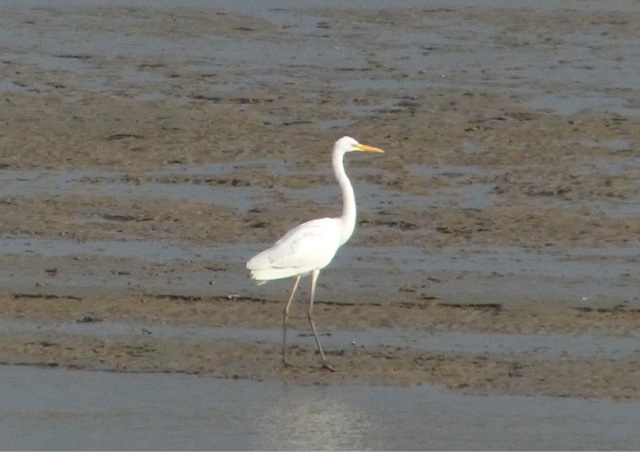 There were not as many birds on the ground as yesterday, just a couple of Goldcrests and Blackbirds and a Chiffchaff, several Robins and Wrens, while passing overhead 5 Pied  and 1 Grey Wagtail, 6 Skylarks and a Redwing and a Reed Bunting. Eight Little Egrets was a good number but not unexpected these days and waders included 90 Redshank, 45 Bar-tailed Godwits and 40 Turnstone. A Peregrine was the only raptor today. 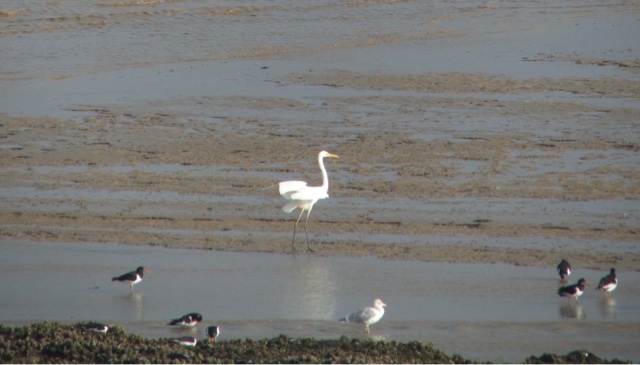