Weather: SE 0/1
This settled October continues to make birding on the islands a pleasant experience, with the occasional 'good' bird as a bonus. This morning it was a ringtail Hen Harrier that excited as it flew east over the east hoyle from the direction of the north end and was mobbed by a group of 10 Carrion Crows that had gathered on the shore (below AEH). It continued it's way towards north Wirral. 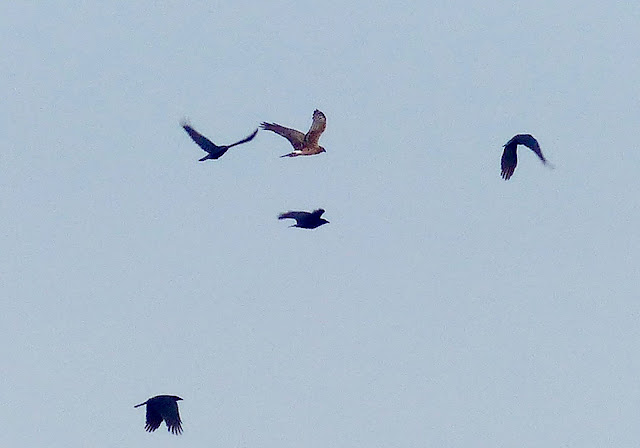 The day as a whole had plenty of typical late autumn birds, there were over 20 each of passing Starlings and Skylarks, about 8 Blackbirds, 10 Goldcrests and a single male Blackcap down on the ground, 5 Redwings were recorded, along with a Grey Wagtail, 5 Pied Wagtails, 6 Chaffinches and a Brambling, while Wrens and Robins have not diminished in numbers.

Little Egrets still find the shore attractive, a total of 14 today, and 50 Sanderling were among the small number of waders noted at low tide. A flock of 43 Pink-footed Geese calling as they flew north directly over the island (below,AEH) and 2 dark-bellied birds were amongst over 100 Brent Geese floating on the tide. 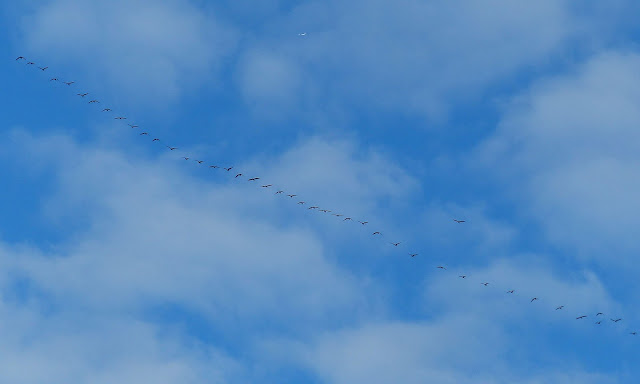 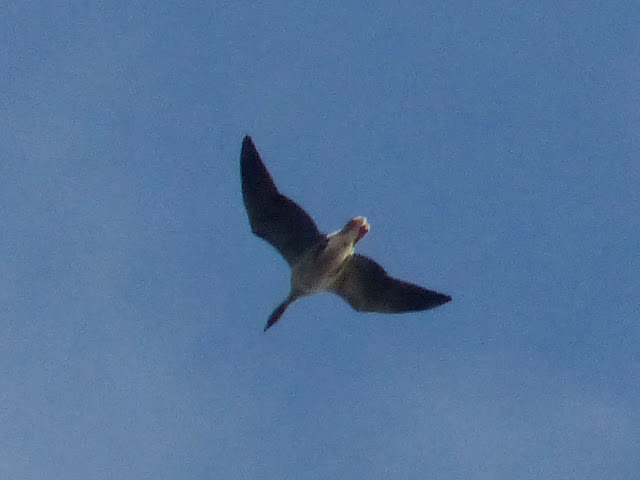