Weather: E force 2
A chilly start but a beautiful sunny morning provided plenty of interest, chiefly firsts for the winter when 2 Redwings flew over calling and a pair of Whooper Swans (also heard to call) flew down the Dee on the west side (below, CJ). 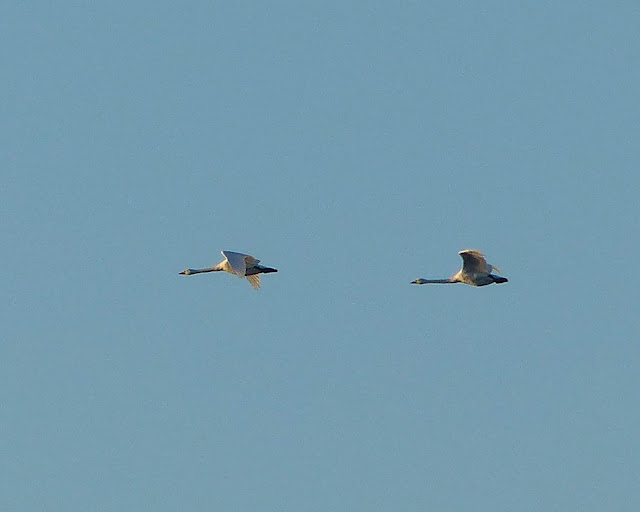 At least 3 Goldcrest were grounded this morning and there was a fair passage of about 200 Meadow Pipits, also 5 Skylarks, a Grey and 4 Pied Wagtails and a Sparrowhawk fly-through from the south end. Three Wheatears, 2 Song Thrushes and 4 Rock Pipits were on the island, and Robins seemed to be more numerous than normal (below, AEH). 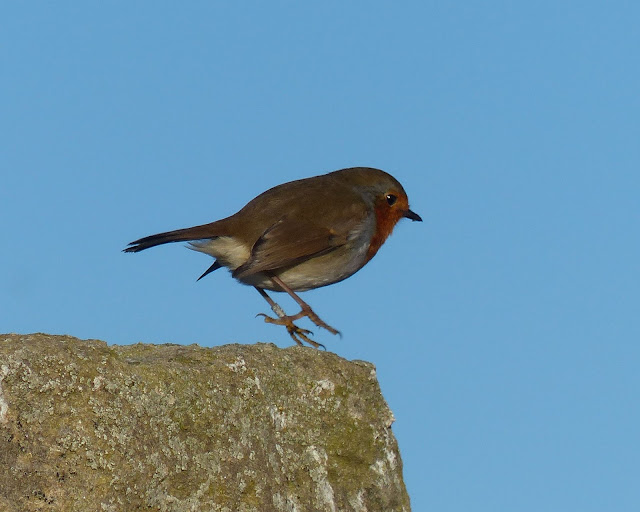 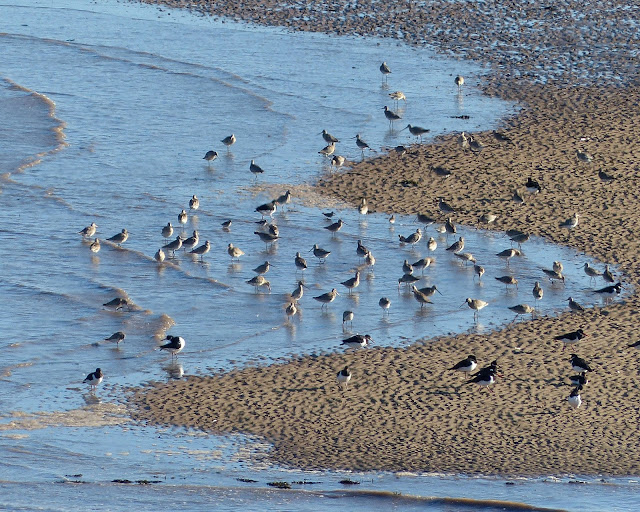 As the tide flooded about 100 Bar-tailed Godwits landed on the east hoyle (above,AEH).
In the morning 10 Brent had been noted on the ridge south of Middle but later 18 were at Little Eye as the tide reached it's peak including a dark-bellied bird (thanks to Ron Thomas and his remote web cam).
On an almost flat sea, large numbers of birds could be picked out at often great distances. There were totals of 156 Guillemots, 33 Great Crested Grebes and 64 Red-throated Divers (the latter including a couple of parties of ten or so) and at least 9,000 Common Scoter took to the air at one point. At least seven porpoises could be seen to the west of the island. It remained sunny and warm through the afternoon and Skylarks passed over regularly, 28 in total, as well as six Redpoll. After the tide, 183 Shelduck were on the tide edge and 24 Pale-bellied Brent Geese and five Little Egrets fed on the rocks.

The light trap caught a reasonable total of 38 moths of seven species, mainly silver y and lunar underwing but also a smart red-green carpet and a mallow moth (photos below by GB). 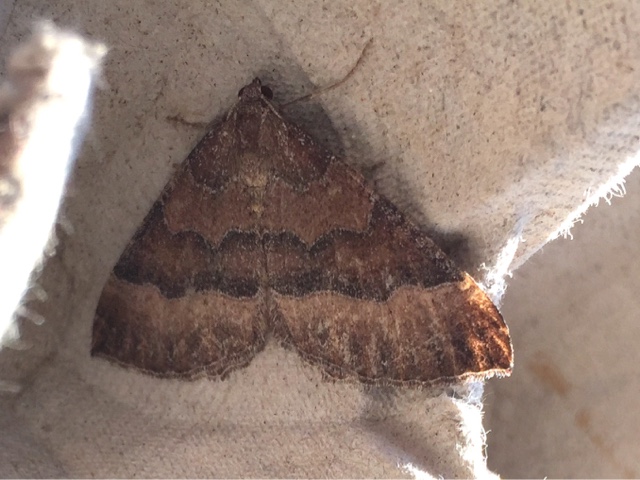 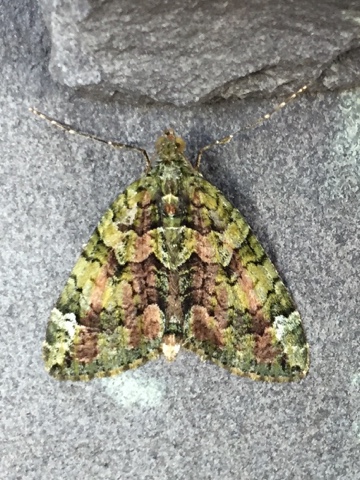