A thoroughly wet night was followed by an equally wet morning and so no migrant were expected, nor did any arrive, although the phylloscopus with the unusual call was ringed and found, as expected, to be a Chiffchaff.
A Greenshank was in the gutter early morning and was possibly the same bird from yesterday (see below). 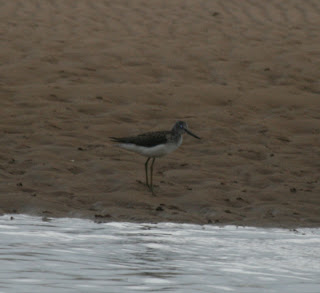 Squally west /south west winds made the sea interesting especially when a massive amount of Manx Shearwaters were seen feeding distantly to the north west. An estimate of 750 was in line with the large number present on a similar date in August last year. Gannets were counted at 150 and Great Crested Grebes 25, whilst among the commoner terns was a Little and an Arctic Tern. 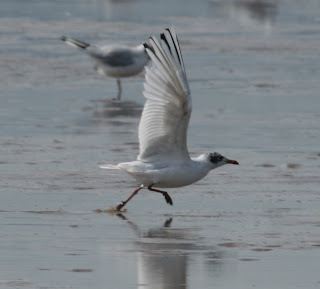 A second winter Mediterranean Gull (see right and below left) was on the East Hoyle sandbank after the tide and was probably one of the birds seen at West Kirby beach recently, there were also six Little Egrets in the gutter after the tide. 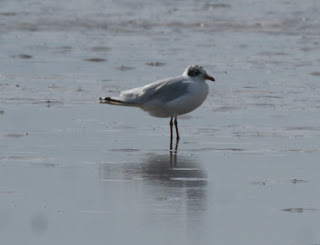