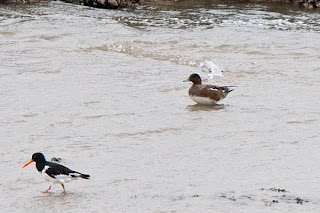 A later sea-watch over the tide produced 2 Manx Shearwaters, 3 Fulmar, 20 Kitttiwakes and a single Great Skua. 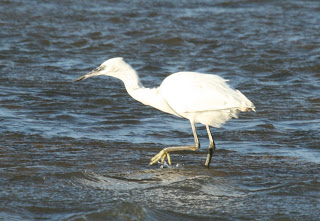 The only other birds of note were the continued presence of small numbers of Bar-tailed Godwits on the East Hoyle (20 today, 30 yesterday) and the almost ever present Little Egret in the gutter hunting the ebbing tide (see right).