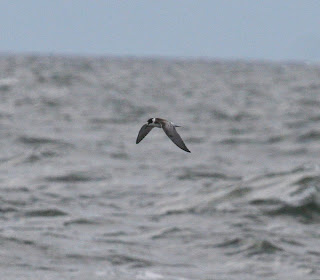 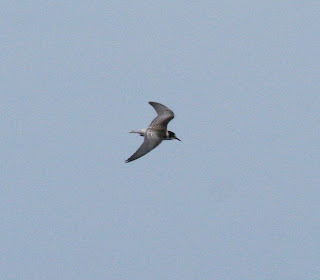 The Black Tern (above, and below with other terns) was still entertaining observers this morning and at times giving quite close views whilst feeding with Common, Sandwich, and Little Terns. There were 70 Gannets but just 6 Manx Shearwaters and a single Arctic Skua noted during the morning tide. 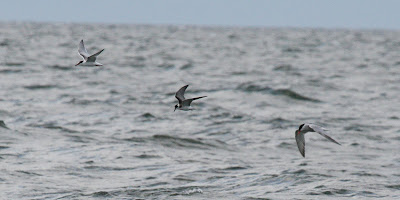 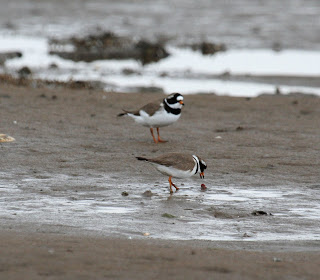 The usual waders were present;-(Whimbrel, Dunlin (1200), Ringed Plover (right), and Redshank) also 4 Little Egrets were on the shore.


No other migrants on the island this morning but several of the breeding birds were ringed and seen to be in full moult:- left to right, Meadow Pipit, Linnet and Dunnock. 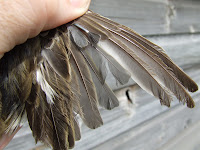 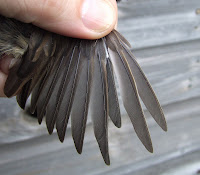 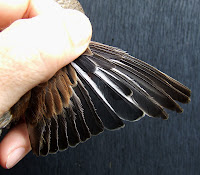