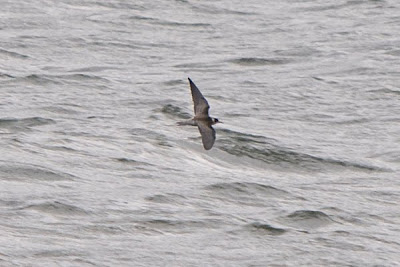 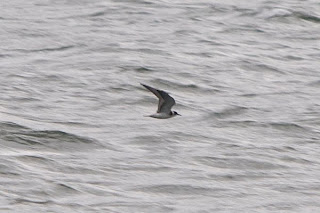 To the relief of the members who missed it yesterday the Black Tern was found again feeding off the north end at the early morning high tide today. It stayed out of camera range for about an hour and then came closer as it drifted 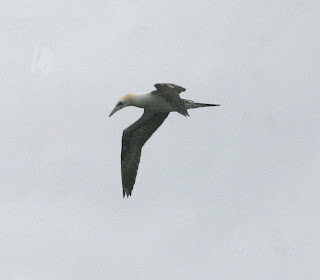 down the east side and off towards the West Kirby shore. In the late afternoon the bird was found back at the north end. 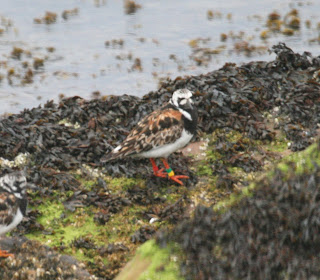 Also seen during the sea-watching were 40+ Gannets (above left), 10+ Manx Shearwaters, 3 Little Terns, a Razorbill and most unexpected of all, a Greenshank that seemed to fly from the wind farm area and down the Dee. 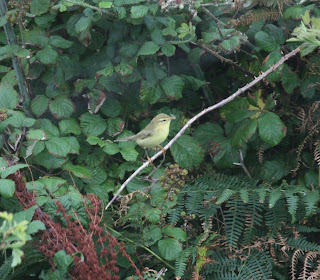 Eight Teal were noted first thing flying down the east side, an early autumn date for this species, more expected were the 10 Whimbrel present and the first colour ringed returning Turnstone of the autumn sitting on the stones at the north end (above right). 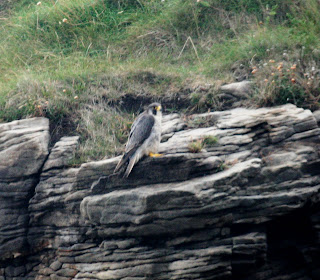 The south easterly as predicted did bring some migrants and about 12 Willow Warblers (above) landed although they were difficult to trap with the strong wind. Two Wheatears were grounded and a surprise was a Blackbird seen flitting down the island.
On leaving the island, obsevers saw a Peregrine fly up from the ground by the east side of Middle and perch on the cliff (right).
Ringed :- 5 Willow Warblers, 2 Meadow Pipits, 1 Linnet, 1 Wren.
(DB,CJ,KMc,CJW et al,PSW) [351] photos CJ, PSW (Black Tern)
Posted by Colin at 12:08