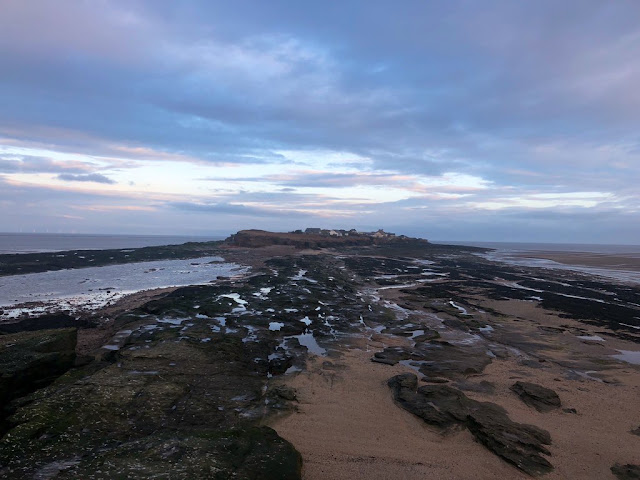 A decent day of early spring migrants including the first Chiffchaff of the year found in the obs garden at dawn. About 230 Pink-footed Geese flew north between Hilbre and the shore in 2 separate groups. A skylark flew low over Middle early on and a Reed Bunting was briefly on the main island. A female Sparrowhawk circled the Niffy bay area while a Chaffinch was in the paddocks and became the first ringed this year. 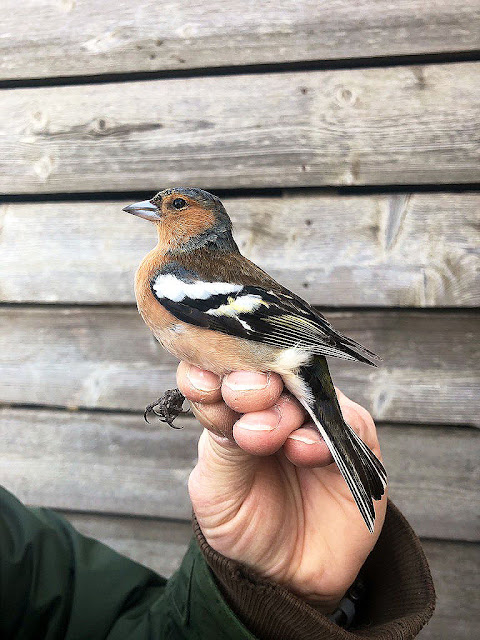 Several other Chaffinches flew over during the morning, also a Redpoll, a Greenfinch, a Starling and a calling Jackdaw. Ringing made us aware of a small passage of Robins, while Meadow Pipits and Linnets seemed more abundant than normal. A fine redhead Goosander swam along the edge of the west side to the north end, caught and fish and ate it and then stepped out on the rocks as the tide rose. 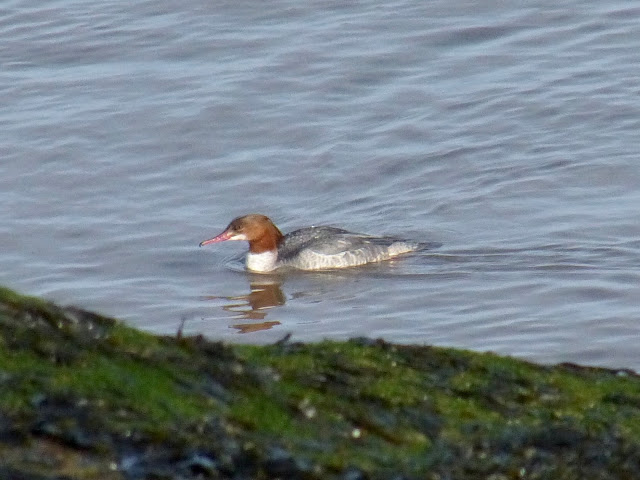 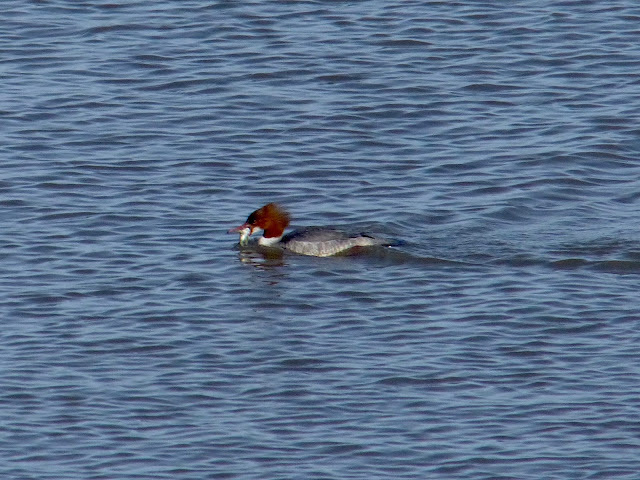 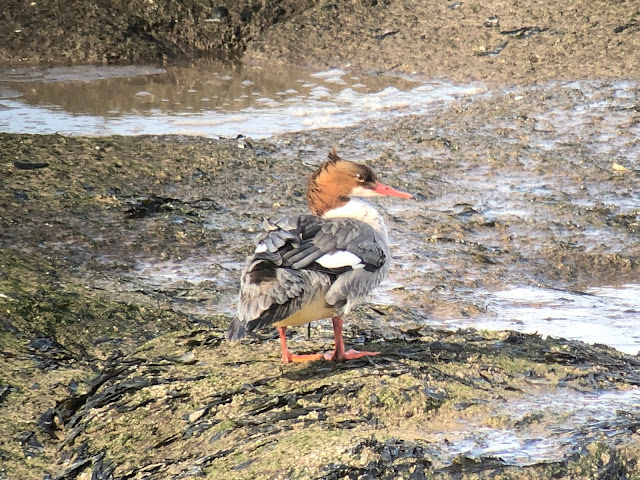 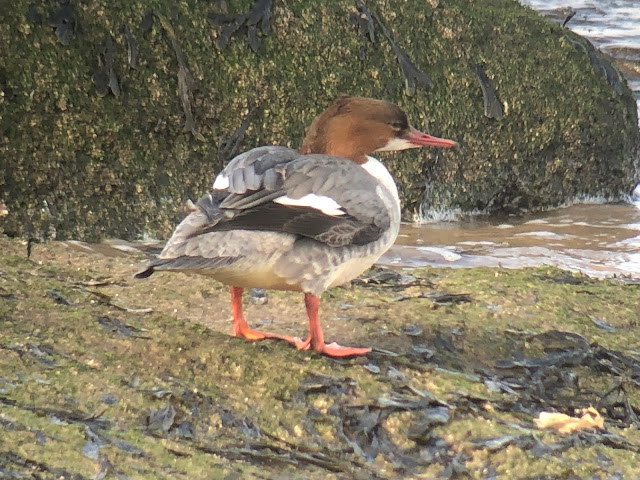 A Rock Pipit near the tide gauge showed characteristics of the Scandinavian race on plumage detail as it was starting its moult into summer plumage. 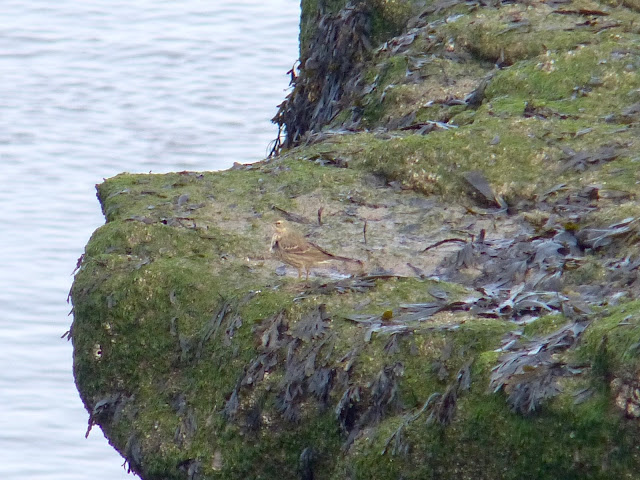 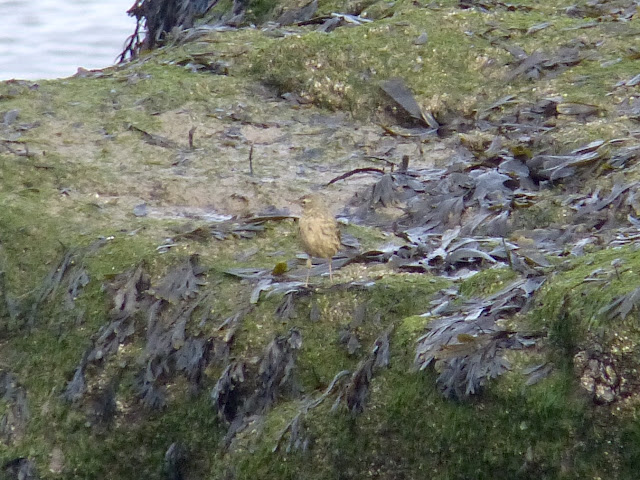 A Raven called as it flew south west across the island. 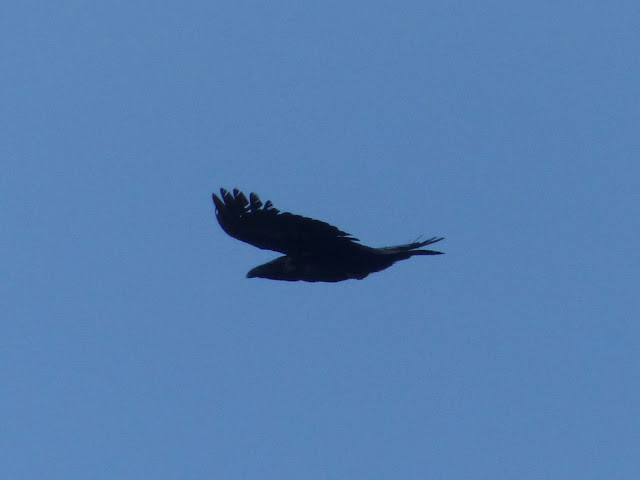 Early afternoon a pair of Pintail graced the east gutter. 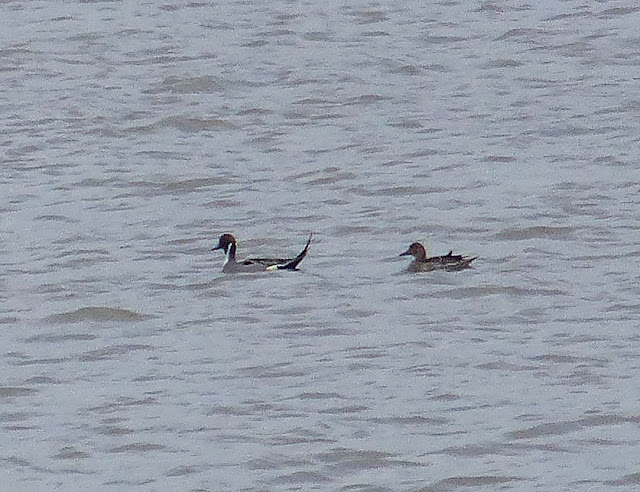