Weather: W 3/4, backing SW 2/3
An over the tide visit found that wildfowl was the order of the day with Red-breasted Merganser, 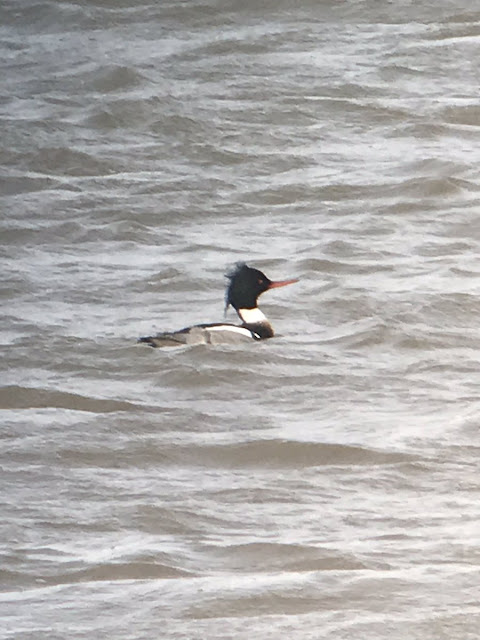 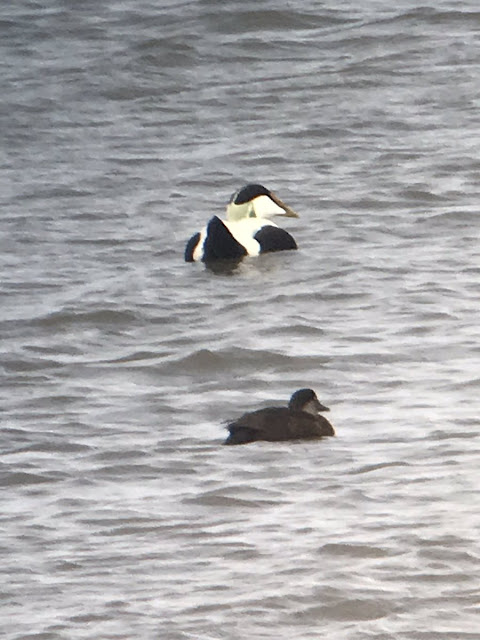 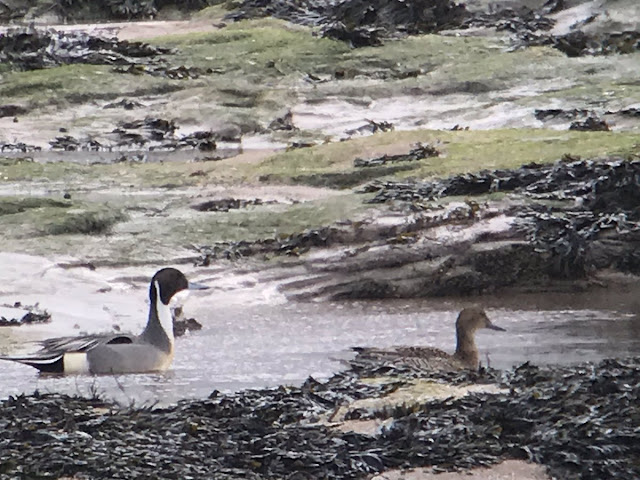 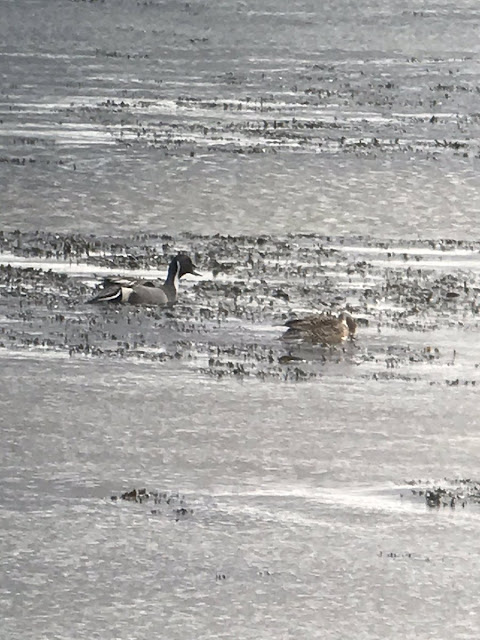 A Kittiwake featured on the sea with 5 Great Crested Grebes, 60 Common Scoter and a Shag. Among those counted at high tide were 7 Purple Sandpipers, 120 Sanderling and 50 Grey Plover. Both male and female Peregrines were noted.
A small passage of Pied Wagtails was in evidence and both Dunnock and Song Thrush were singing, a Blackbird, a Rock Pipit and another Song Thrush were also present. A single Robin (1 of 5) was ringed.            [ 6-5 ]
photos AEH
Posted by Colin Jones at 14:49