Weather: S force 1
An early start to arrive before the tide on a cold calm morning. 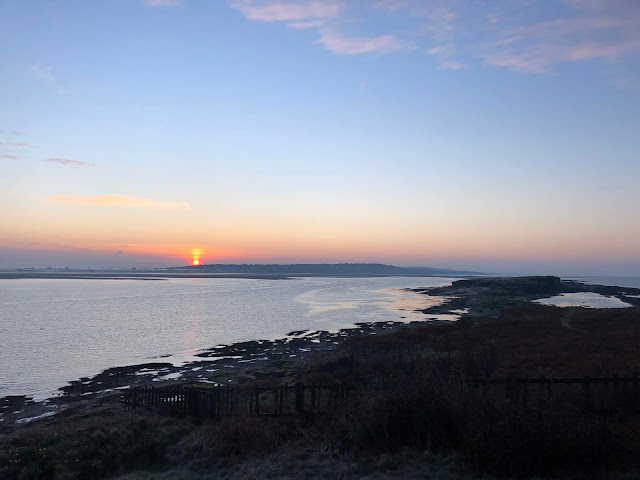 The drake Eider showed well on the flat water, as did 2 Harbour Porpoise. 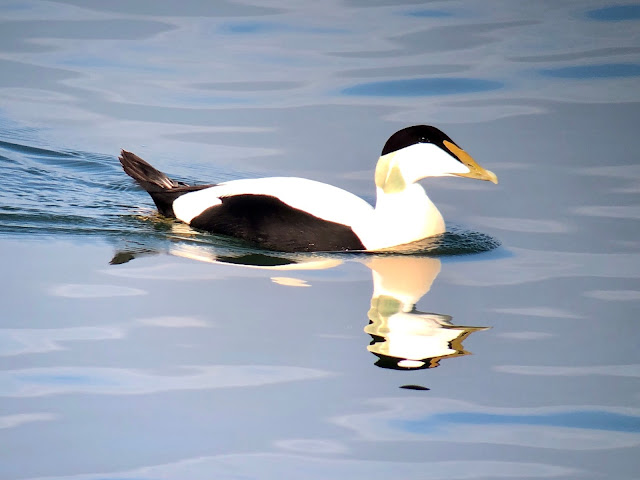 Other ducks featured prominently including a pair of Goosanders, 13 Red-breasted Mergansers, 9 Wigeon, 3 Shelduck and 236 Common Scoter, while among seabirds seen were 35 Great Crested Grebes, 6 Red-throated Divers and 2 Guillemots. There were now 2 male Stonechats on the island, 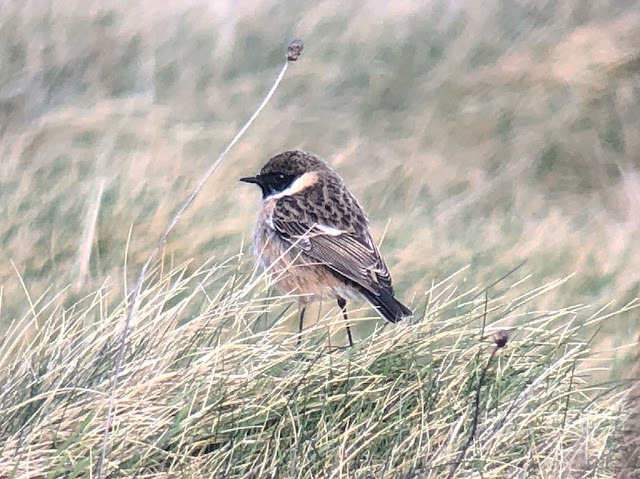 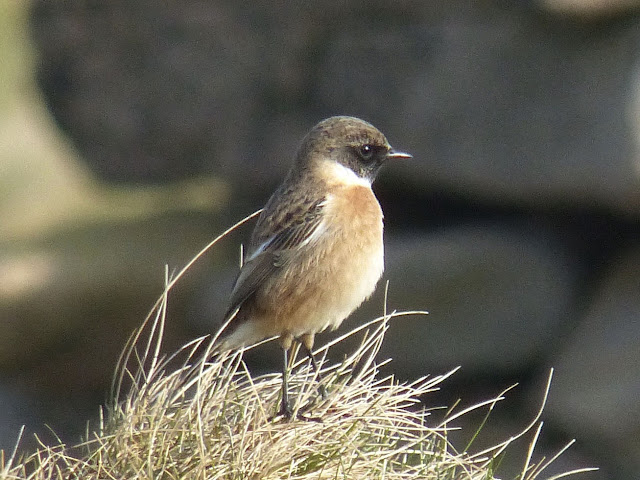 and later on one became the first to be ringed 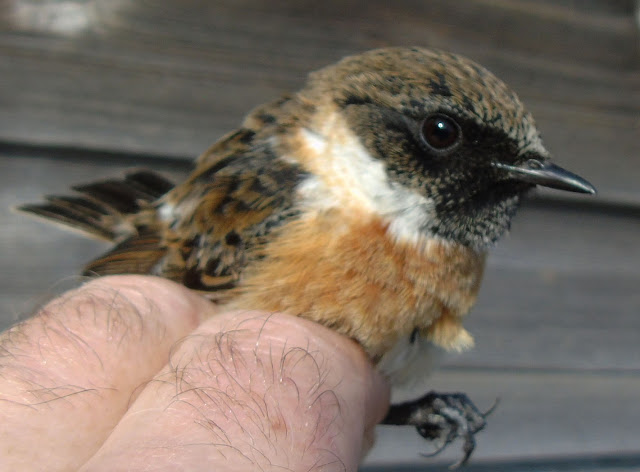 Plenty of other migrats again today with 3 Grey and 4 Pied Wagtails, 4 Skylarks, 2 Greenfinches, a Reed Bunting, a Goldfinch, 3 Siskins, 2 Rock Pipits and potential breeders in the form of 12 Meadow Pipits and 5 Linnets. A Rook and a Woodpigeon added to the species total. The singing Song Thrush was caught and ringed, as was a Robin (2 others, 8 Wrens and a Blackbird were also present). 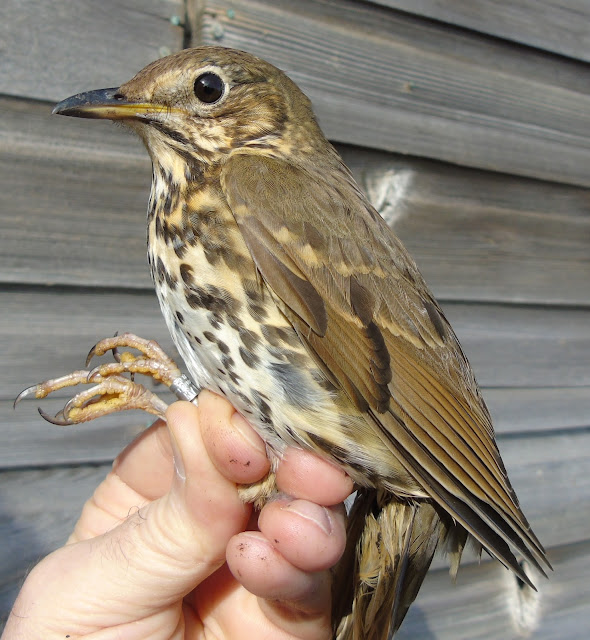