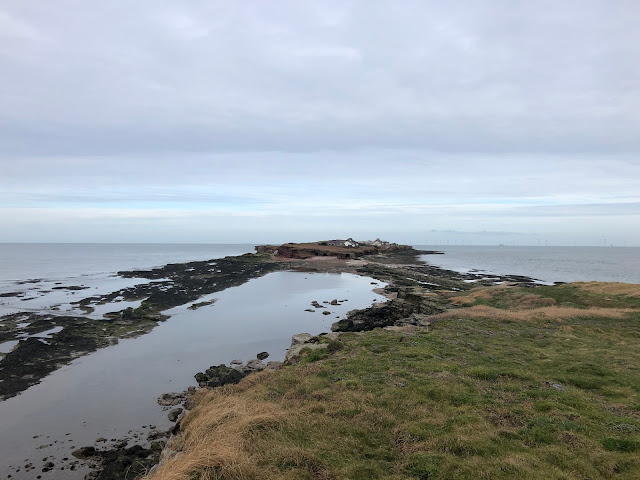 A lovely calm morning greeted the sole observer this morning and the Pale-bellied Brent Geese flock were between the islands as the tide ebbed being rather vocal before their northwards migration back to Arctic Canada. 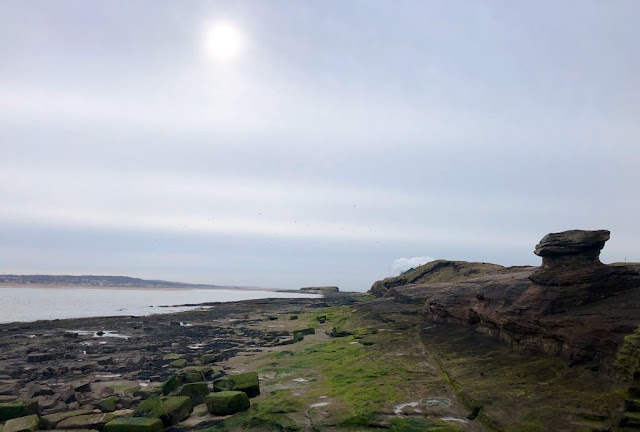 A single drake Eider reappeared after the absence yesterday and six Canada Geese flew west between the islands. 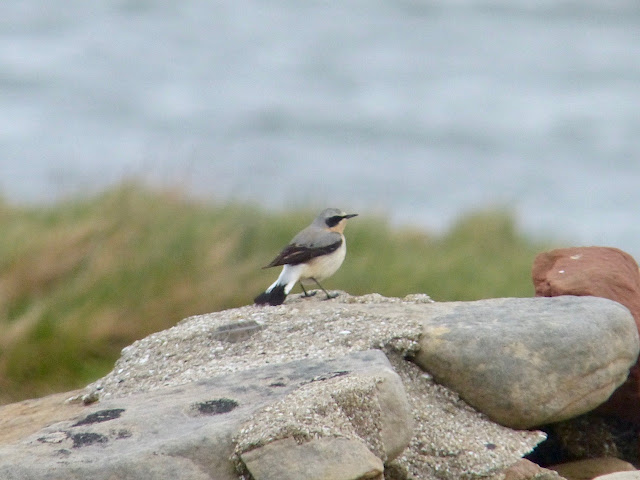 A couple of Greenfinch and Goldfinch passed overhead along with a couple of alba Wagtails and a few (20) Meadow Pipits.  Two Rock Pipits were again present and a male Wheatear was along the west side, around the light and on 'Wheatear Wall' of course! 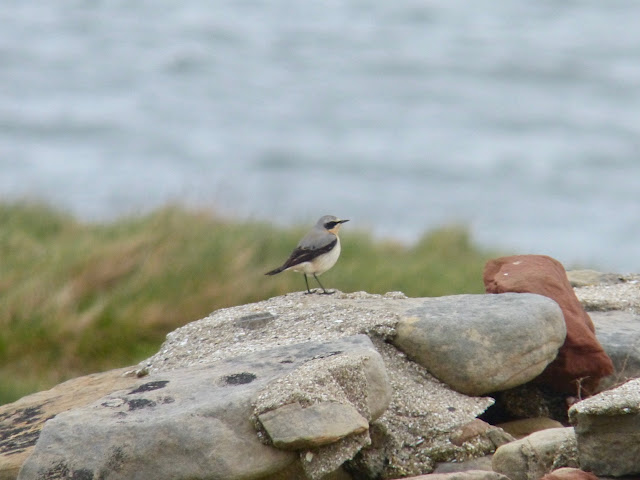 A single Woodpigeon was disturbed from the pittosporum bush in the Obs garden - another typical March record.

Several 'murmurations' of Knot could be seen distantly swirling around the skies above the Tanksy rocks and further south off Caldy. 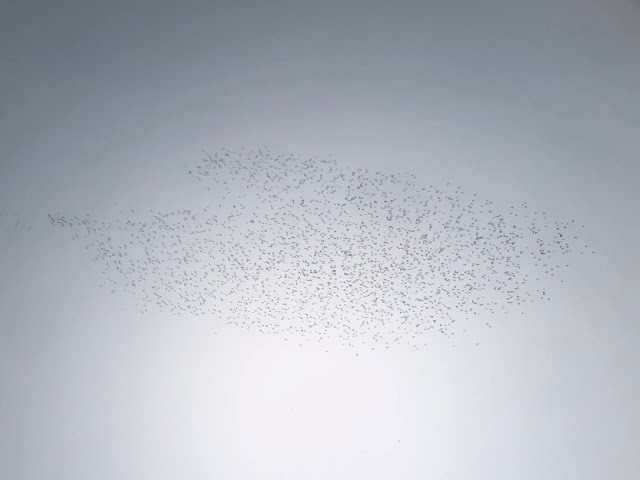