Weather:  SSE force 2
A male Stonechat was found at the north end of the island before visiting the island pond and moving to the paddocks. 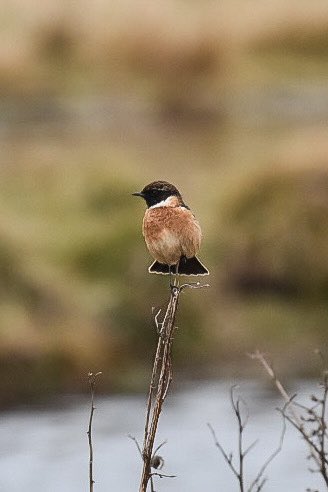 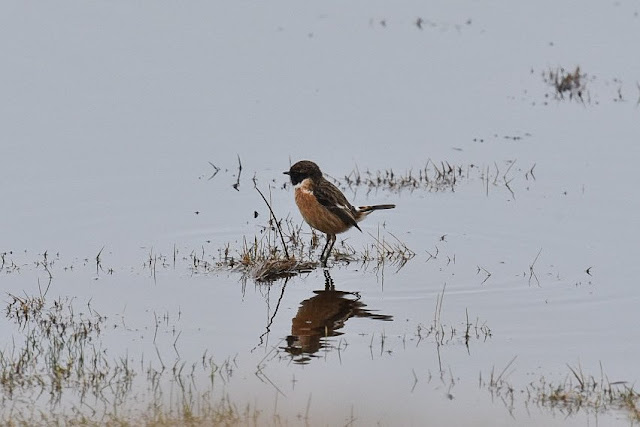 Stonechat is typically found in this early period of the year and is seen as a forerunner of things to come. The other small hints of spring were 3 Skylarks, a Reed Bunting, a Chaffinch, 8 Meadow Pipits and 4 Pied Wagtails. A fine drake Eider graced the sea 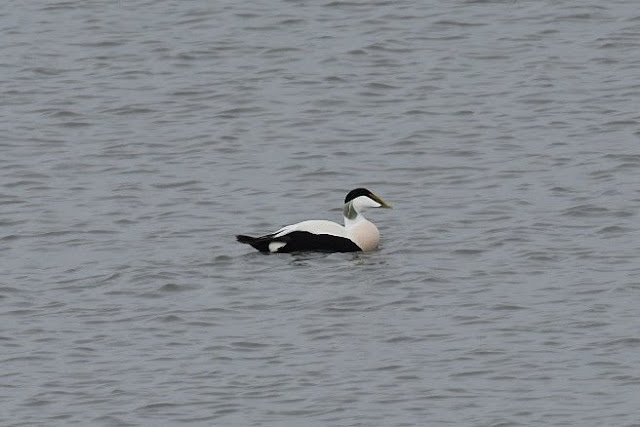 ......as did 3 Red-throated Divers, 32 Great Crested Grebes and 120 Common Scoter and a Greylag Goose made an unexpected appearance. Six Purple Sandpipers were at the north end while pther waders counts included 84 Grey Plover and 85 Redshank. A Carrion Crow posed for a photo. 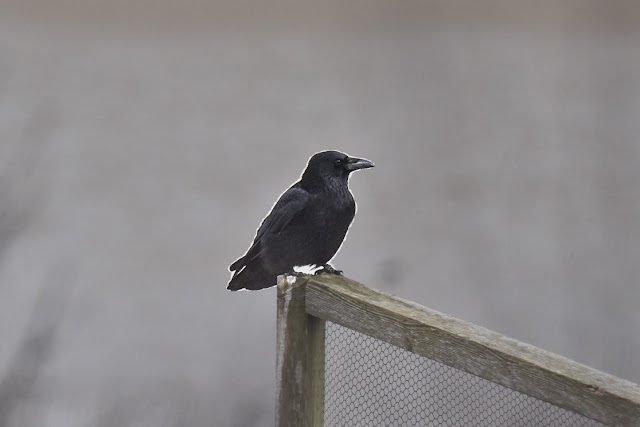