Weather: NE force 2, dropping light, sunny
Spring arrived this morning with many typical March species (but in small numbers) and very welcome it was too. Finches were well featured with sightings of 4 Goldfinches, 5 Linnets, 2 Greenfinches, 2 Siskins, 1 vocal Chaffinch, while the seed eaters were enhanced by 2 House Sparrows flying high around the island in circles. Two Pied and 3 Grey Wagtails added to the mix, also 2 Starlings, 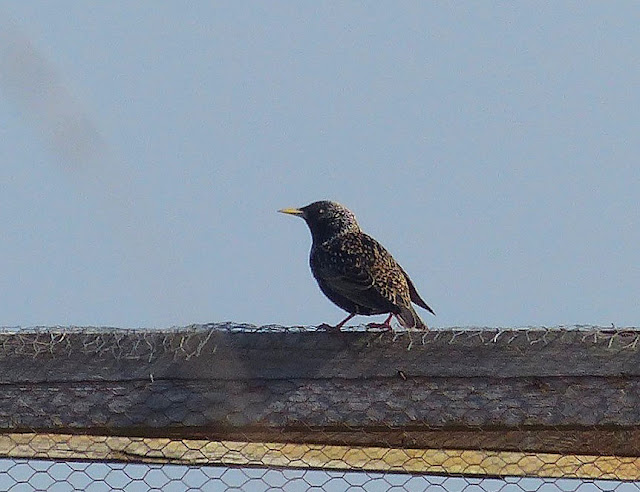 and a Skylark which sang when it landed on the west side. 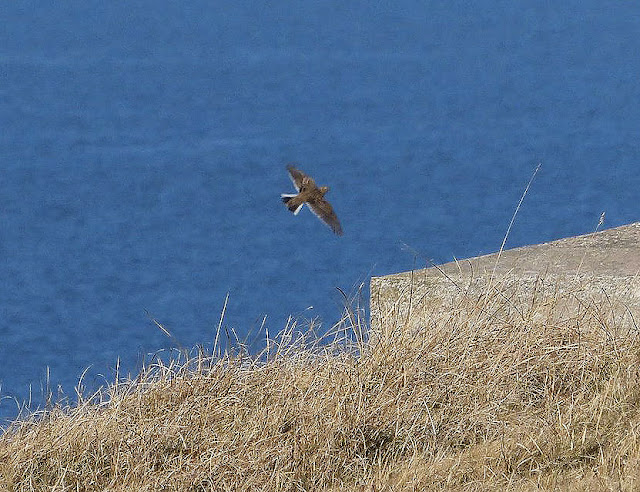 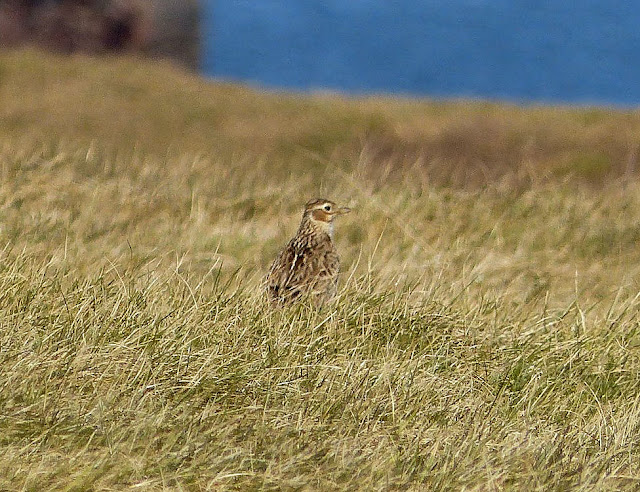 A very small number of Meadow Pipits came 'in-off' and a Rock Pipit presented itself off the west side. Two Woodpigeons flew over and 3 Jackdaws called as they did the same. Waders around were 49 Ringed Plover, 29 Grey Plover, 18 Sanderling and just 2 Purple Sandpipers (the other 4 may have been hiding in the tide gauge). The drake Eider from yesterday was on the sea with herring gulls before taking to the whaleback and swimming around. 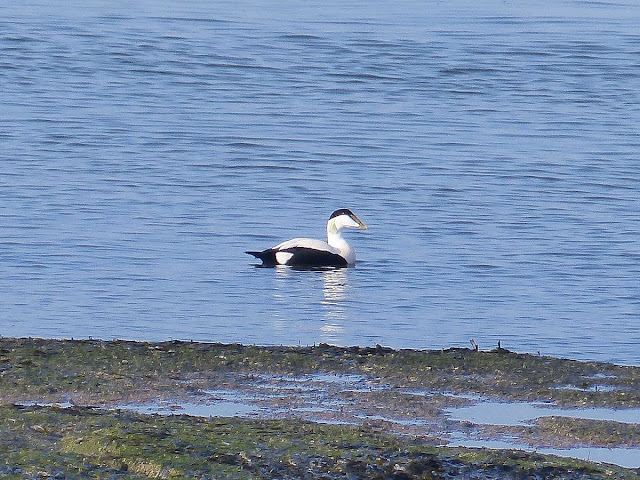 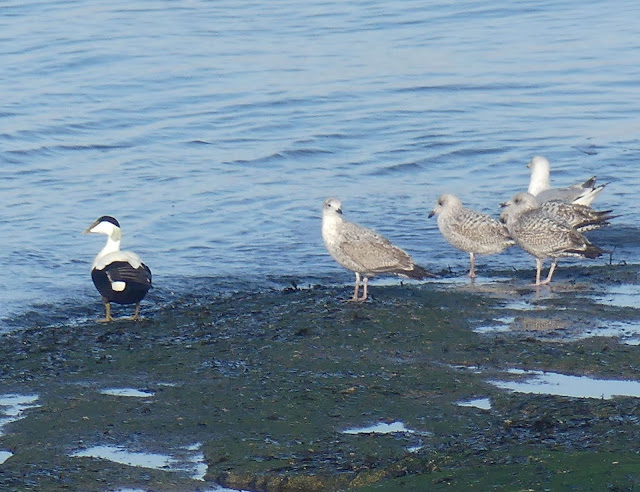 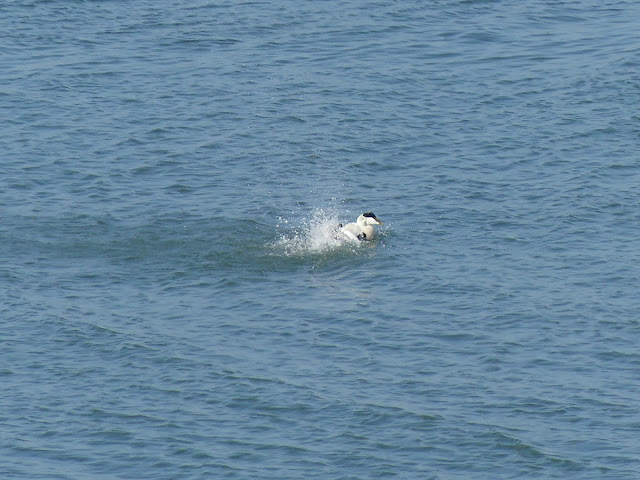 From mid-morning parties of Pink-footed Geese totalling several hundred flew north out of the estuary. 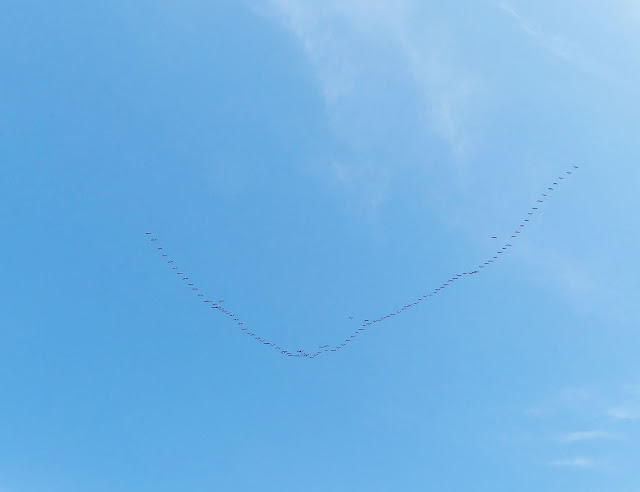 The Stonechat (from yesterday?) suddenly appeared at the south end late morning before moving to the centre of the island. 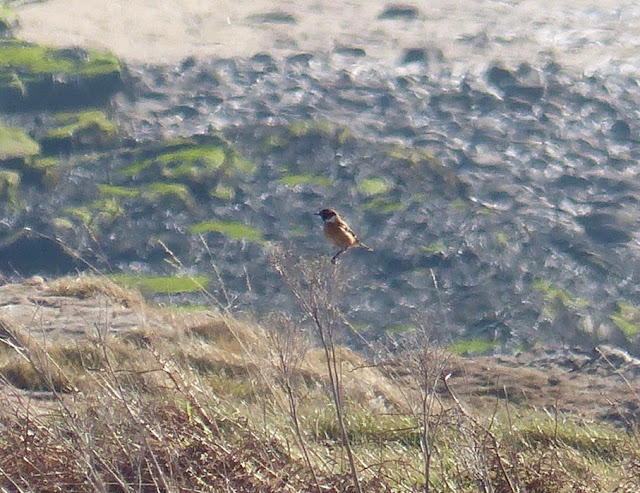 Good numbers of Redshank fed to the east of the island. 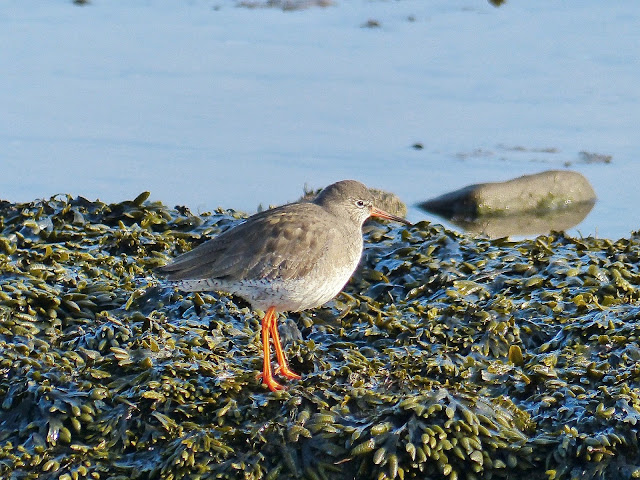