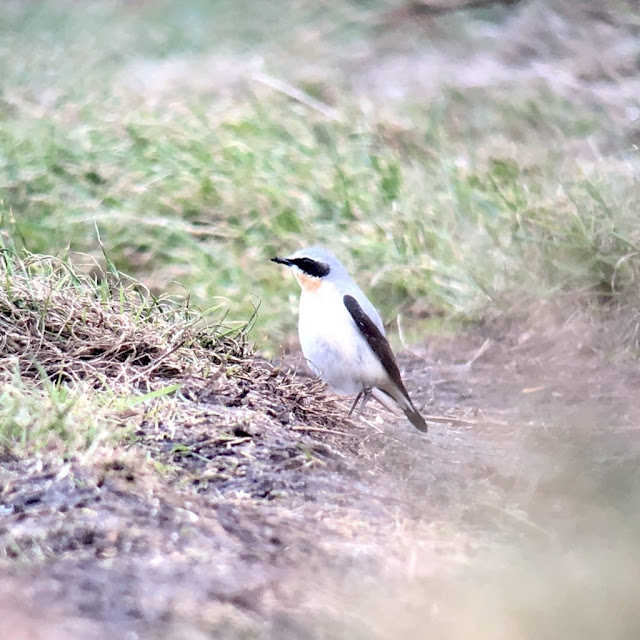 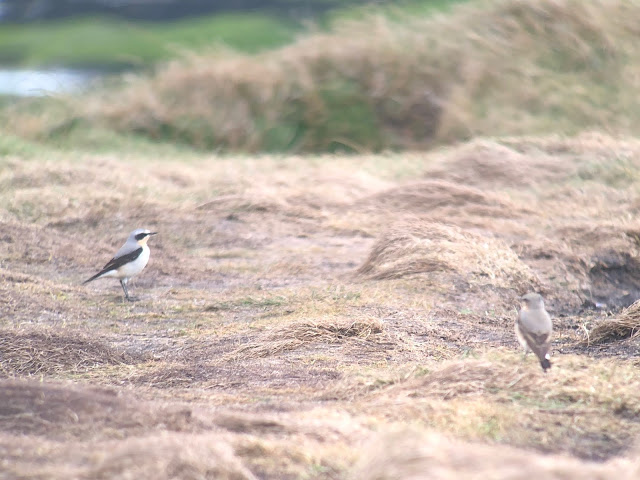 The day started with the first Wheatear of the year, found appropriately enough along ‘Wheatear Way’ and seen briefly on ‘Wheatear Hill’. 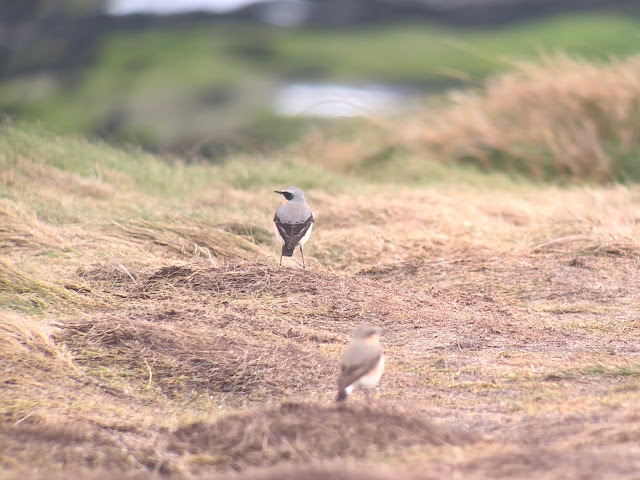 There was an obvious passage of Meadow Pipits today with 90 counted along with two Rock Pipits. 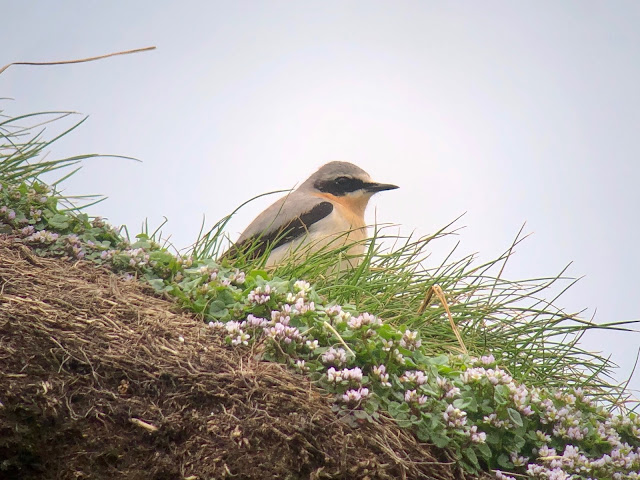 Two Reed Buntings were noted including one which came ‘in off’ at the North End early morning and alighted briefly in the Old Obs garden and the second, a male, appeared by the Obs garden mid morning. 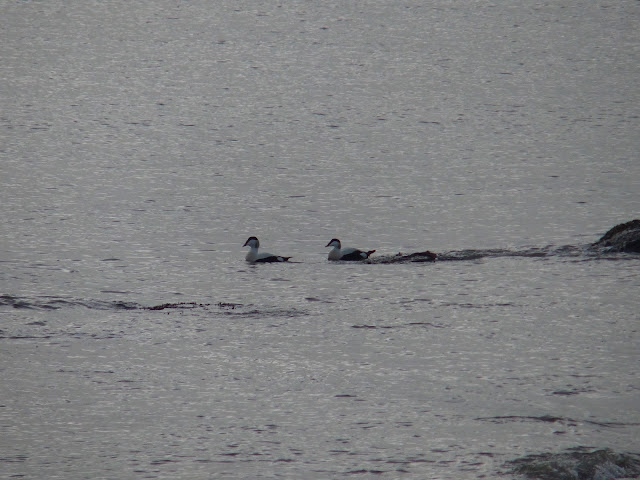 Two drake Eiders were seen on both sides of the main island during the morning and wildfowl was a bit of a theme with two and then a single Canada Goose passing by and a single drake Wigeon was on the sea off the East Hoyle sandbank and a scarcer drake Shoveler seemed undecided about its direction of migration when it flew north east before changing its mind and heading south west. 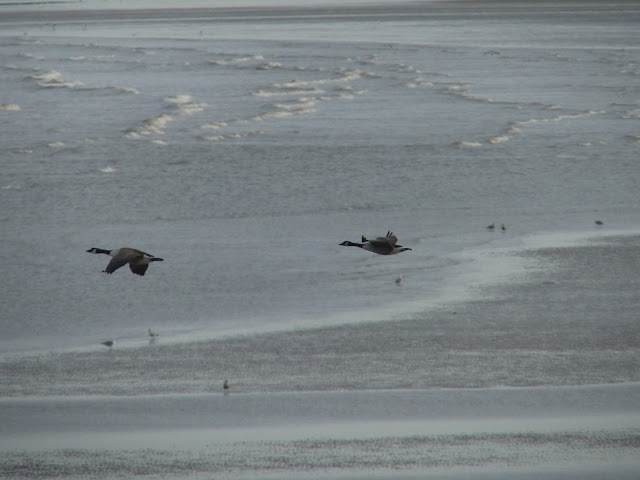 Meanwhile a male Mallard returned to the island pond and discovered it had turned into a lake in its absence! 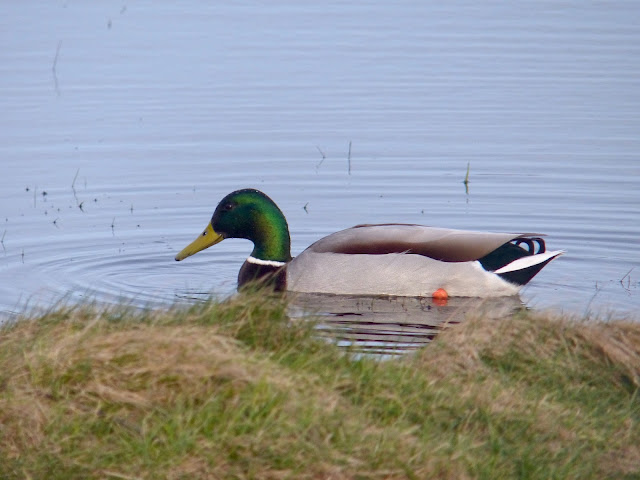 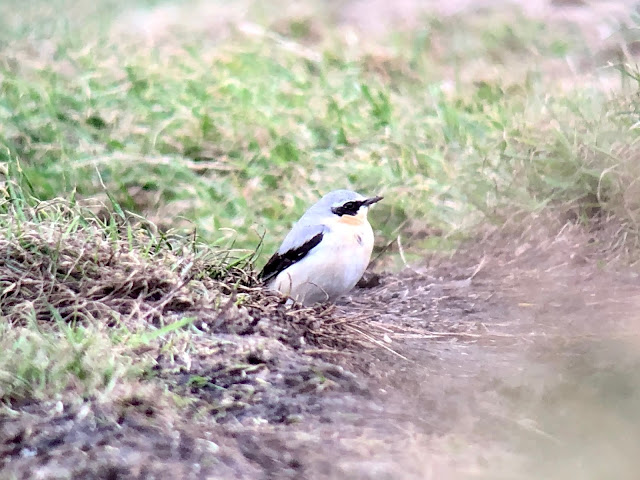 The Wheatear from earlier was joined by a second bird on Middle Eye and both were watched from the Obs balcony as they fed around the North End of Middle and in Fisherman’s Cove when they were later joined by a third bird (two males and a female).  A fourth male Wheatear appeared on the main island mid morning with three remaining in Middle when Obs members left the island at lunchtime.
Posted by Hilbre Steve at 20:05