The cloud cleared to the east and the wind veered from the south to the west soon after dawn so expectations were not as high as yesterday, and on the whole this was justified, although the warm sunshine proved to be some consolation. Two Chiffchaffs and 3 Willow Warblers were the only warblers, and 6 Goldfinches and a Siskin the only migrant finches. Hirundines appeared in the shape of 3 Sand Martins, and a steady trickle of Swallows (up to 31 by mid-afternoon). 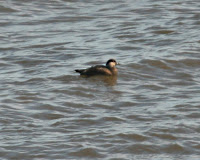 Just a single Wheatear remained on each of the main islands, and other single visitors were a flying Canada Goose and Greylag, a female Scoter close to the east side (left), while the Merlin was seen again sitting on the lifeboat house wall.

At high tide good visibilty produced good records on the sea, highlights being a male Velvet Scoter and an Arctic Tern ( first of the year), also 8 Sandwich Terns and 10 + Little Gulls. More regular fare were 20 Red-throated Divers, 20 Guillemots, 2 Razorbills and 500 Common Scoter. A Greenshank around the island was an excellent find but not totally unexpected in April. 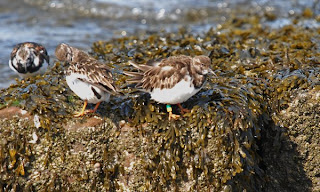 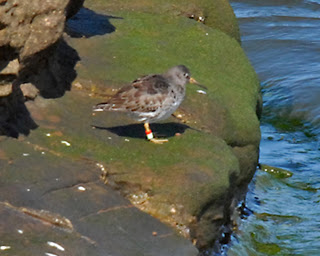 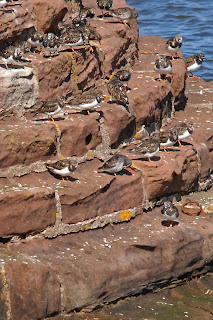 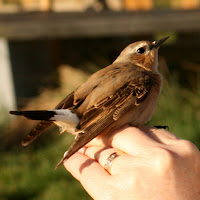 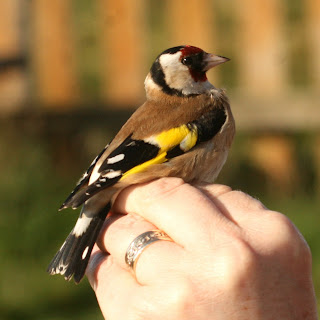