Overnight rain continued early morning and put off most observers apart from the resident few and a couple of 'mainlanders' made a late morning trip to see if anything had arrived during or after the rain. A small number (5) of Willow Warblers had dropped - four were ringed and were the only birds ringed today - although a number of interesting retraps were obtained including a pair of Robins (possibly the breeding pair), a Wren from August 2006 and a Meadow Pipit.

Just after 10am, when the rain eventually ceased, a fall of Wheatears occurred with at least 20 Greenland seen in most places around the island (even the chimney pots!). 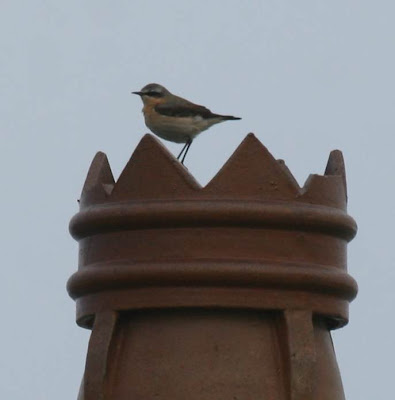 There was little else grounded but in the afternoon sun the male Linnets were in full song... 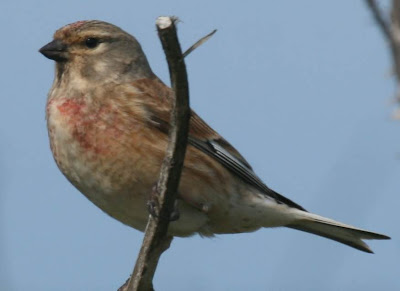 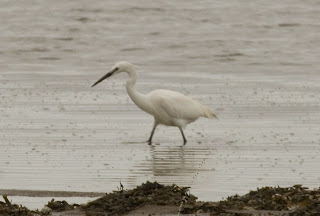 The Little Egret (see right) fed in the gutter on the rising tide giving nice views.

At high tide a Kittiwake was found roosting on the island not far from a large flock of 15 Whimbrel (with at least another two flying around the island - see below). However, the highlight of the day were two Manx Shearwaters seen by a visiting birder - the first of the year for the islands. 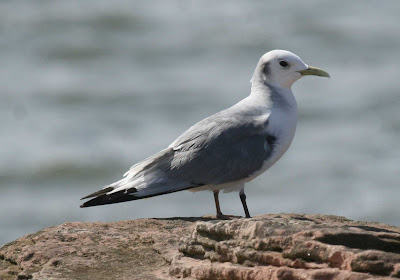 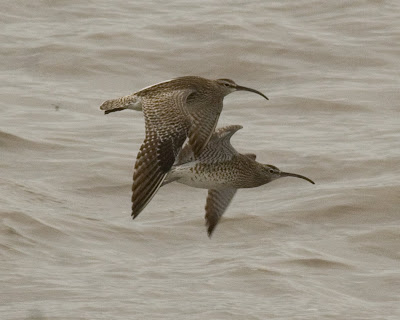 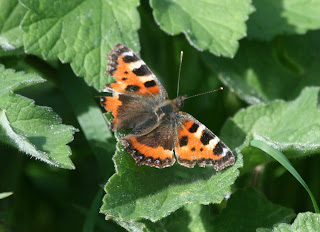 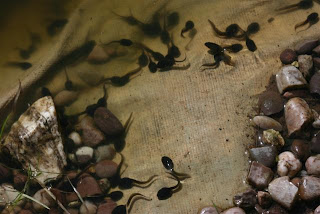 On a quiet day such as this there are still things to see around the island, and not just birds, as this Small Tortoiseshell butterfly and tadpoles in the Old Obs pond show.
(DCT, PT, NDW, CJW & SRW) [323] Photos SRW
Posted by Hilbre Steve at 21:11