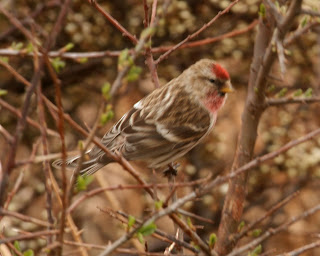 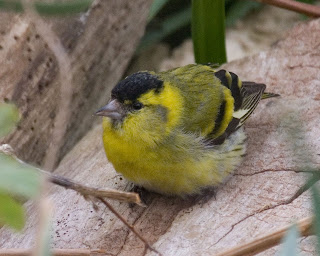 A strong southeasterly with heavy mist brought some migrants after yesterdays almost birdless day. The main feature was a passage of 30 Siskin (above) of which 4 were trapped, and considering there have been only 7 trapped in the last 53 years that was quite a result ! One male came down in the obs garden and used the feeder (below). Other finches were in smaller numbers, 8 Goldfinches, 8 Lesser Redpoll (above right) and 1 Greenfinch. 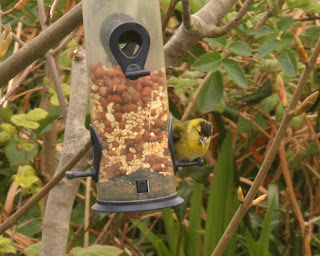 Warblers were represented by 6 Willow Warblers, 4 Chiffchaffs and a single Goldcrest but all had disappeared by mid-morning and only a few Pied/White Wagtails passed through.
A Yellow Wagtail flew south and was the first of the year although 3 Tree Pipits were not, the first being the exceptionally early individual on 19th March.
Not many other scarce birds seen, although the by now expected Merlin did put in an appearance, and the single Pale-bellied Brent seems to be alone as no others have been seen for some days now. 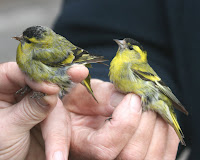 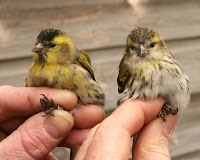 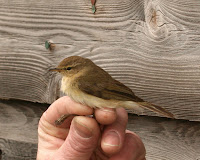