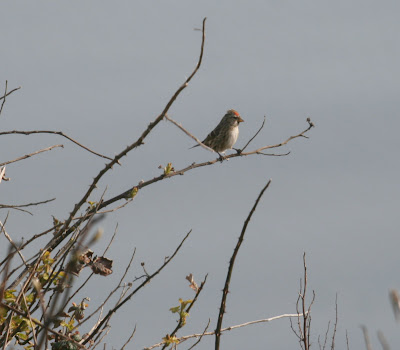 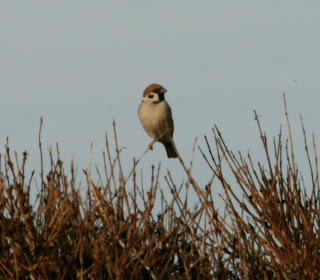 A beautiful morning brought in birds new for this year:- 4 Sandwich Terns out to the west (and well overdue), 4 Greenland race Wheatears, and a singing newly arrived Grasshopper Warbler that as is often the case could not be found visually. As expected there were Willow Warblers (only 3), but Lesser Redpolls (above left) went through in numbers not normally seen until later in the month with no less than 9 being ringed today. Two Reed Buntings were down and a Tree Sparrow (above right) again evaded capture even though it is thought to be a different bird from yesterday. Nineteen Goldfinches and a Greenfinch completed the migrant seed eating species. 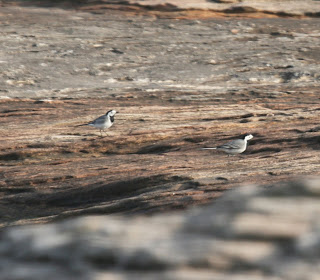 Five Sand Martins drifted through with 5 Swallows and a calling Tree Pipit, but 12 White Wagtails (left) preferred to stay for a short time. 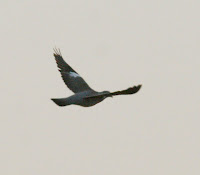 A Wood Pigeon (right) and 5 Collared Doves made brief visits to the island.
Only 25 Little Gulls were showing today with the resident 2 Velvet Scoters, but little else on the very calm water. The Brent gathered in a close group of 54 possibly ready to depart north to the breeding grounds. 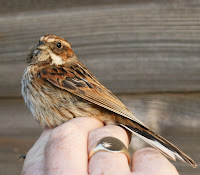 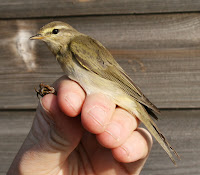 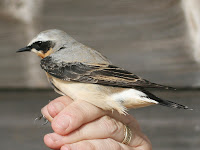