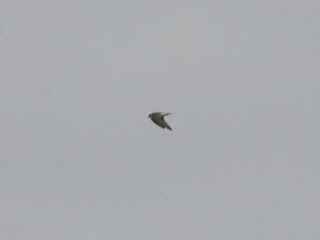 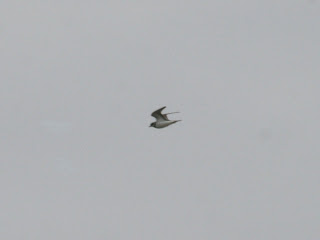 Spring is certainly in full swing this morning with many good sightings to report. Best record of the day was a Little Ringed Plover which flew north passed the east side of the obs late morning (above), a genuine rarity for Hilbre and possibly the first to be photographed here. 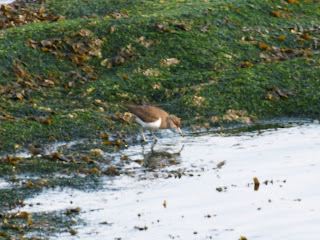 A Common Sandpiper (left) was found at the north end, and although not as rare as the Little Ringed Plover, it was the first this year. 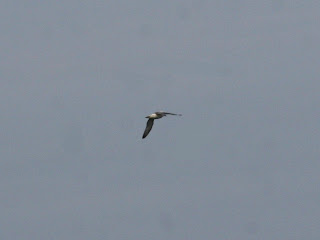 A Fulmar flew around the island again as if prospecting for a likely nest site (right).
Little Gulls are still on the sea and 45 were counted today.
A large passage of Greenland Wheatears (below) took place just after dawn, 40 + travelling through rapidly and about 15 others followed later but still not staying for long. Another feature of the day was the large count of 51 Whimbrel which are now to be seen all around the island. 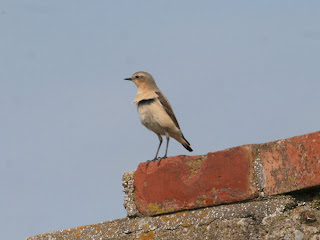 Grounded migrants included 2 Willow Warblers, a Chiffchaff, a first year male Common Redstart and passing through were a few Goldfinches and Lesser Redpolls while overhead were 3 Yellow and 8 White Wagtails, and a Tree Pipit, also 150 Swallows, 52 Sand Martins, and 5 House Martins. 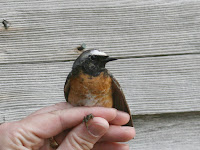